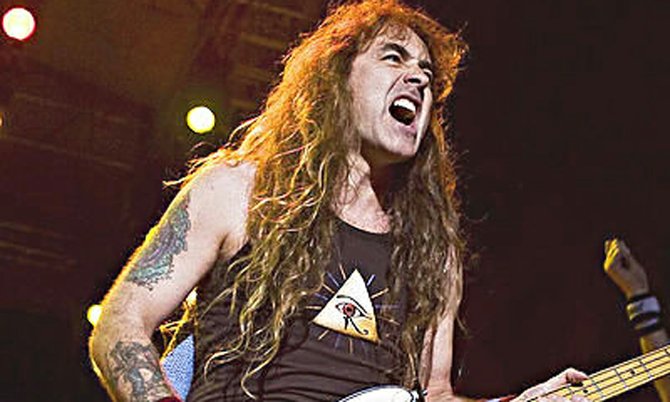 Confirming this, property manager Charles Beall said Mr Harris, who lives between Los Angeles and the Bahamas, would not want to comment on the incident.

He added that the police have two suspects in custody, but have yet to bring charges as they are still searching for another man.

During the invasion, an elderly site caretaker was brutalised and more than $8,000 worth of goods and electronics were stolen.

Working along with employees of Mr Beall’s company, Clearwater Construction, police were able to recover $5,000 worth of the stolen items, prompting him to call for greater community involvement in the fight against crime.

Mr Beall said: “We have got to come together and stop this. If we don’t stop this violent crime trend developing in this homeland, it’s going to overwhelm us all. For them to steal is one thing, but for them to beat and abuse this elderly man, leave him tied up in a pool of his own blood – it’s unacceptable.

“We can work together as a community, and find a common sense of identity and say what’s going on is unacceptable. I’ve had two close friends shot in the past 12 months.”

Sometime between midnight and 2am on November 29, a group of men sawed through chains on the front gate of an old estate home on the property which was being used as a site office and storage facility for the furnishing of a 5,000 sq ft guest house.

“They assaulted our caretaker, Philip Pierre, assaulted him, put a knife on his throat, and left him in a pool of blood wrapped in duct tape. They stole more than $8,000 worth of stuff, whatever they could carry.”

Mr Pierre, an employee on the property for 43 years, was left traumatised, according to Mr Beall. A resident in the Bahamas for more than 15 years, Mr Beall served for five years as a Special Operations Officer in the United States Marine Corps.

He said: “I have about 75 men that work for Clearwater, hardworking, honest, loyal men that know this old man and love him. They were furious when I told them that Philip was severely beaten and abused, so for three days we canvassed the island.

“When we found out who these guys were, we met with police and the head of the criminal investigation division at Cable Beach police station.

“They did an outstanding job, he gave me three of the best officers and they arrested one guy on Tuesday and on Thursday, four of us went and caught someone who confessed that he had a role in the beating and theft. We went into a building near his home and with police found much of the stolen goods.”

Steve Harris. now owner of the property, was born and grew up in Leytonstone, east London.

As a boy, he aspired to be a professional football player, at one point he trained with West Ham United, but then became interested in rock music instead.

He began by playing the drums, but as there was no room in his house for a drum set, he switched to bass instead. He joined two bands before creating Iron Maiden on Christmas Day, 1975.

The group went on to become one of the most successful heavy metal bands in history, releasing 37 albums, many of them going gold and platinum in the US and UK.

then 2 days from now it will be as if this robbery never even happened. This is rather unfortunate

Overwhelming, disturbing, there is just too much crime & violence.. I've had enough of reading Tribune it's depressing, time for action... We need a plan....