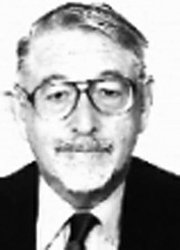 The long-awaited, ballyhooed referendum on web shop gambling was supposed to bring clarity and end doubts. It has done just the opposite. The ‘No’ vote team initially exulted over a smashing victory. But even at first glance it was hardly that. Only about 45 per cent of the registered electorate bothered to vote. About 61 per cent of them (48,000 compared to 30,000) voted ‘No’ to taxing and regulating web shops, meaning that only about 28 per cent of the electorate shared this opinion – hardly a ringing endorsement.

While some portion of that 28 per cent doubtless voted out of conviction, based on religious views or a sincere belief that gambling hurts society, it is certain that others, including many who favoured a ‘Yes’ vote on the merits, simply did not trust the Government to take on the massive new responsibilities of effectively handling web shop gaming, let alone running a National Lottery.

Did the ‘No’ faction seriously expect Mr Flowers and the other web shop owners to simply roll over, die and close their businesses on the basis of an opinion poll with ambiguous results, and which was “non-binding”, as confirmed by the Prime Minister himself? They were entitled to await formal directives from the Attorney General and the Police Commissioner, and then take legal action to oppose these. Their attorneys, Wayne Munroe and Alfred Sears, are seasoned litigators who know the rules for getting an injunction and then battling on the merits. They must be convinced they have a strong case, one which will keep the issue in court for months or, at the very least, result in a negotiated compromise. Uncertainty reigns, and will have to be resolved by procedures independent of a referendum that proved to be an irrelevant , distracting and expensive exercise.

I admired the Prime Minister’s initial decision to grasp the thorny gambling nettle after so many years of avoidance, and I take no pleasure in seeing him, our duly-elected leader, stub his toe – indeed, break his ankle, shatter his kneecap, dislocate his hip, call it what you will. But he brought the catastrophe upon himself. Every Bahamian could observe the truly unbelievable, slip-shod incompetence displayed in planning and administering the referendum and its possible aftermath. With that record before them, I sympathise with the ‘No’ votes, although personally I would have preferred a different result. I have no idea whether individual Cabinet members were consulted, or simply turned their heads, while the Prime Minister forged ahead alone, but the Cabinet bears collective responsibility. Every Minister should be embarrassed.

The initial choice of December 3 for the vote had to be abandoned while a new Act to authorise it was hurriedly passed. Was the Attorney General never asked for a legal opinion, or did she provide a faulty one? Then, so-called “expert” consultants were summoned from London, delivering “several pages” of views while clearly being out of their depth. At the last moment, equally obscure consultants from South Africa were dragooned to give advice; we have no news of what they may have said.

Apparently, no Government department was ever directed to prepare even the most obvious groundwork to support a referendum: Statistics on the number of players, the amounts wagered, type of games played, number of web shops, their revenues, license fees, employees and pay-rolls. The Prime Minister and the ‘Yes’ vote campaign never gave more than the fuzziest, ever-changing guesstimates on these essential matters. Mr Christie’s colourful claims of “no horse in the race” were constantly undercut by his doomsday warnings about the consequences of a negative vote. Now the Prime Minister finds himself in a tough corner: After clearly favouring a ‘Yes’ majority, he now must loyally back his Attorney General, arguing in court for an Order to shut down the web shops. The Cabinet Office must be hearing lively debates.

The worst failing was the total refusal, through arrogance or indolence, to provide any information whatsoever on how web shops would be regulated and taxed, or how the lottery would be managed. Philip Galanis, leader of the ‘Yes’ campaign, made the fatuous defense that it would be time-consuming and expensive to consider these matters before the people approved “in principle” . Lawyer Raynard Rigby rightly responded that Bahamians were being treated like credulous children through being asked to vote in the dark. A basic ‘White Paper’ could, and should, have been prepared - not with every regulatory detail, but with a summary of planned legislation that would show exactly what would be legalised, for what types of players, how licenses would be approved, and what tax rates would apply – something like the ‘Heads of Agreement’ that are drafted for any major project. Publishing such a proposal might well have converted many ‘No’ votes into ‘Yes’.

The ‘No’ campaign was guilty of its own outrageous positions. Nit-picking over the absence of the word ‘legalisation’ in the ballot was a frivolous exercise. I was astounded when its spokesmen, with the last-minute connivance of Hubert Ingraham playing his current role of vindictive sore loser, accused the ‘Yes’ demonstrators of encouraging the Bahamas to become a lawless nation and urged that they all be arrested. What happened to our basic civil right of peaceful assembly to challenge a law believed to be discriminatory and unenforceable?

Let me provide an analogy: In the 1960s, many courageous blacks began to protest ‘Jim Crow’ laws on the books in southern American states. They began to sit in bus front rows, enter restaurants, use toilets, occupy waiting rooms and picket schools, that were “legally” segregated for use by whites only. Gradually, massive nationwide demonstrations were organised to support them and get the laws changed. Would any Bahamian argue in favour of arresting these ‘militants’ for violation of the ‘law’, and lock up the demonstrators for supporting a ‘criminal enterprise’? Eventually, the Jim Crow laws were repealed. Statutes are not sacred commandments; they are created by humans and can be abolished by humans.

I hope that the Government will redeem itself when the next major issue comes before us. One commentator wrote that the success of the ‘No’ campaign makes it inevitable that drilling for oil will be defeated in any referendum. I disagree. There are no “faith and morals” issues surrounding our petroleum reserves. Churches will not be asking citizens to follow Biblical principles and “vote their conscience”.

The Government has time to prepare a comprehensive ‘White Paper’ explaining the vast potential economic benefits to the country from precise financial agreements with private developers, as well as the geologic factors and the regulatory regime (including enforcement measures) that will minimise risks to our environment.

With such a presentation, Government will not (I urge) play the ‘no horse’ card, but will actively support a specific, carefully drafted National Petroleum Plan that will attract a vast majority of voters over those who remain intractably committed to the intellectually bankrupt ‘No Oil, No Spoil’ policy being promoted by an Internet resolution. Perhaps over-optimistically, I hope that this programme will be created as a tri-partisan effort free of the usual political sniping. Even US Republicans and Democrats are beginning to co-operate. Any referendum ballot supported by all three of our parties should certainly be successful.

An even better idea: Forget about a referendum, and leave the issue to be decided by traditional Parliamentary procedures. Nothing in our Constitution calls for a popular vote on this subject. Amateur Bahamian historian Paul Aranha recently sent me a fascinating article by a statesman directly involved with voting systems in the European Community. He forcefully argues that most referendums do not enhance democratic “we the people” procedures, but actually inhibit them. He points out that blunt “either-or” propositions present over-simplistic responses to complex matters that should better be thrashed out by negotiation. Yes/no voting encourages well-funded, centralised pressure groups, not individual thinking, to influence voting, so that the democratic elements of diversity are replaced by two opposing power-brokers fighting for dominance – as illustrated in our recent referendum.

We have 38 Members of the House of Assembly duly elected to represent the views of their constituents; not blindl,y but with intelligent, well-informed discretion. Supplementing them, we have an extravagant structure of 21 ministers and six ministers of state, with a host of permanent secretaries and assistants. If this group of well-educated individuals, at the pinnacle of our society, cannot legislate on economic issues without guidance from an expensive, time-consuming referendum, perhaps we need to scrap the system and start over.

I wrote last year that Mr Christie faced three major challenges as Prime Minister. He has flunked the first, the gambling referendum. The second, reversing the privatisation of BTC, remains in gravest doubt. But on the third, development of petroleum resources, he can still prove himself a strong, imaginative leader.