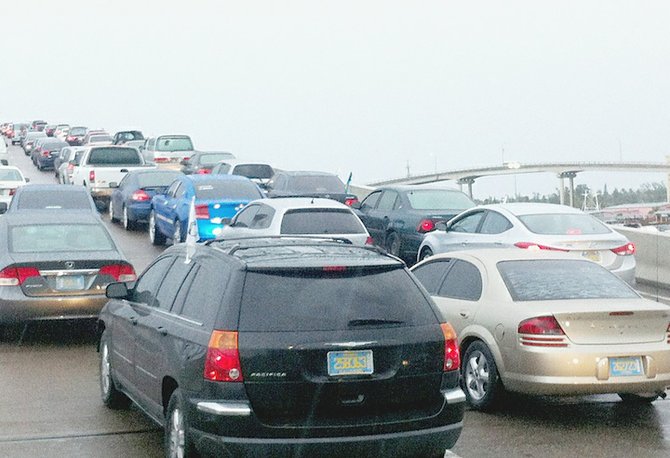 REPAIR work on one of the Sir Sidney Poitier bridge’s toll booths made the morning commute for Paradise Island workers a nightmare yesterday.

The Tribune was unable to contact representatives of the Bridge Authority for comment, but commuters said another booth was also closed – although the reason for this closure was unclear – meaning that rush-hour traffic was squeezed through only two booths.

Some drivers complained of spending more than 30 minutes inching across the bridge.