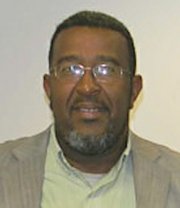 The Bahamas National Trust (BNT) is aiming to raise $32 million to finance its latest five-year plan, its executive director yesterday disclosing it planned to unlock this nation’s “best kept secrets” for tourists.

Eric Carey, the BNT’s executive director, speaking to Tribune Business from Canada, said the organisation was set to work closely with the Ministry of Tourism to promote the Bahamas’ national parks and marine protected areas (MAPs) as a tourist attraction.

Noting that foreign colleagues consistently expressed surprise that there was no reference to these valuable areas in the Bahamas’ tourism marketing literature, Mr Carey said the BNT had “no option” but to raise the $32 million it deemed necessary to secure this nation’s “environmental future”.

Among the financing options being assessed are covering 25 per cent of national park operating costs through user fees.

Mr Carey, using the example of the Exuma Land and Sea Parks, said mega yachts chartered for up to $100,000 per week were cruising this area for free, and the BNT aimed to change that by ensuring high net worth users “pay to play”.

Breaking down the $32 million financing target, the BNT executive director said some $10 million consisted of monies it believed it could earn based on current grants, donations and fund raisings.

Estimating that it will cost $20 million to deliver all the goals in its 2013-2017 strategic plan, Mr Carey said another $10 million in additional financing was needed to fill the existing funding ‘gap’.

And the $12 million balance comes from the BNT’s desire to increase its existing endowment from $3 million to $15 million, in a bid to “secure a firm financial foundation” for the long-term.

“If you look at anticipated revenues we think we can earn that $10 million,” Mr Carey said.

“We should be OK for $10 million, all things being equal. Our programmes are $20 million; that’s $10 million we think we have, and $10 million additional we have to raise to meet our goals in this plan

“And, for further financial security, if we can raise the endowment to $15 million, that makes us more secure.”

Safeguarding the Bahamas’ environment is vital to sustainable living, and social and economic well-being, Mr Carey describing the BNT’s plan as vital “to secure our future”.

“We don’t have an option as a country but to secure our environment,” he added. “We believe the BNT is the best vehicle for that with our plans and programmes.”

Of the $10 million the BNT believes it has in hand already, some 50 per cent or $5 million is coming from the Government. The balance is made up of $2.3 million in ‘earned revenue’ and $2.2 million in ‘secure programme funding’, with $500,000 coming from the endowment fund.

Speaking to the ‘funding gap’, the BNT plan said: “As we continue to provide interpretation and access to national parks, we need to raise $10 million over the next five years.

“Priority parks for this investment include the Exuma Cays Land & Sea Park, The Retreat and parks on Grand Bahama, Abaco and Inagua.”

The BNT plan speaks to covering 25 per cent of national park operating costs via user fees, and increasing membership and membership contributions by 20 per cent per year.

Mr Carey added: “We’re going to be asking the Government, if the economy improves, to consider giving us at least 50 per cent of our annual budget.”

The Government currently provides the BNT with $1 million per year, but - pointing out that it manages public lands for the Bahamian people - Mr Carey said its annual operating expenses were currently nearer $3.5 million.

And, with all the planned programmes and new hires needed to execute them, the BNT’s budget is likely to increase to between $4-$5 million per year.

Mr Carey told Tribune Business that the construction of a Visitor Centre and trails at the Abaco National Park would cost $1.5 million, while a flamingo camp on Inagua would require another $500,000-$750,000.

And with conch stocks “in trouble and declining, despite what the Minister says”, and the grouper “not out of the woods, Mr Carey said $300,000-$400,000 would be required for conservation efforts annually.

He added that, with deputy director-general of tourism, Ellison ‘Tommy’ Thompson being appointed to the BNT Council, the Trust aimed “to really build a close relationship with the Ministry of Tourism over the next six-12 months.

“That is a strategic move to link the National Parks and Protected Areas with tourism.”

International representatives consistently expressed surprise at the lack of linkages between the two, and Mr Carey said the feedback was: “There’s no reference to any National Parks in the marketing strategy for tourism.”

The BNT and Ministry were aiming to change that by getting the message out, with Mr Carey describing the National Parks and the organisation’s work as one of the Bahamas’ “best kept secrets”.

“We’ve got to do a better job of marketing, got to get out there, get it known and we believe people will want to invest [in the BNT], because they are investing in the future,” Mr Carey told Tribune Business. “It will be a good investment opportunity in our future.”

Pointing to the mega yachts cruising the Exuma Land and Sea Parks, he added: “They come and pay absolutely nothing. That’s going to change this year.

“We’ll be working with the chartered yacht industry, the Ministry of Tourism, as you have to pay to play. The user has to pay some of the costs for running these parks.”