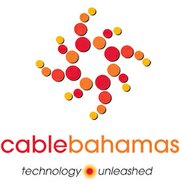 Cable Bahamas has urged regulators to intervene in its long-running dispute over the Bahamas Telecommunications Company’s (BTC) alleged ‘blocking’ of calls to international mobile roaming customers, demanding that it provide call termination on a “cost oriented basis”.

Responding to a Utilities Regulation and Competition Authority (URCA) call termination consultation, the BISX-listed communications provider alleged that BTC had either blocked calls from its network to international mobile users, or “proposed excessive rates” to terminate the calls on its cellular system.

And, not done yet, Cable Bahamas also urged URCA to differentiate between call termination (interconnection) fees and transit fees.

BTC charges both, with the latter applying to calls from other carriers that it has to carry on its network prior to reaching the intended customer.

Cable Bahamas is arguing that BTC’s transit fees, levied on itself and other rivals to the incumbent, are “clearly excessive” given that they are much higher than its interconnection/call termination fees.

Urging URCA to clarify that cellular/mobile call termination includes calls made to international roaming customers via BTC’s network, Cable Bahamas alleged that efforts to negotiate a commercial agreement on the issue had failed.

“As URCA is likely aware, Cable Bahamas (via its affiliate Systems Resource Group) has been involved in a lengthy dispute with BTC regarding the termination of calls to roaming mobile customers on BTC’s mobile network and, to date, has been unable to reach a commercial agreement with BTC to terminate such roaming mobile traffic,” the BISX-listed company said.

“In effect, BTC has refused to supply call termination services to roaming customers despite the fact it is required to do so under its wholesale interconnection service obligations.

“In the context of its decision in this proceeding, Cable Bahamas submits that URCA should confirm that mobile termination services do, in fact, include calls to all mobile numbers, including roaming mobile customers on BTC’s mobile network, and direct BTC to provide the service on an economic, cost oriented basis.”

Suggesting that BTC, as the incumbent, had “a strong incentive” to refuse to supply services to rival operators to protect its “dominant market position”, Cable Bahamas argued that the mobile roaming call termination situation illustrated the point.

“The incentive to refuse supply in the case of the incumbent is illustrated by Cable Bahamas’ ongoing dispute with BTC to terminate call traffic to roaming mobile customers on BTC’s network,” it added.

“BTC has blocked call traffic to roaming mobile customers on its network, which Cable Bahamas has attempted to deliver, and/or proposed excessive rates to terminate such traffic. Either way, the effect of BTC’s actions amounts to a refusal to supply.”

And Cable Bahamas argued that URCA should also include BTC’s transit fees in the consultation, as transmitting calls across the latter’s network was “essential” in the Bahamian communications market.

The BISX-listed company urged URCA to force BTC to reduce its transit fees, bringing them into line with other call termination charges.

“On the other hand, BTC’s currently-approved fixed call termination rates are 0.938 cents for [same] island calls and 1.4 cents for inter-island calls.”

“Consequently, Cable Bahamas considers that reductions in BTC’s transit charges should be ordered by URCA to bring these rates more in line with those approved for BTC’s fixed call termination rates.”

Speaking of which, whats happening with the $30,000 fine for using VOIP in the Bahamas? Recall URCA or something before they existed mentioned that VOIP is illegal in the Bahamas, or at least unregulated VOIP, such as in the form of Skype, Vonage, MSN IM, Yahoo IM, and pretty much any form of VOIP out there that is not regulated by the Bahamas. Are we a lawless nation or will they actually enforce these laws, or finally remove them so that we can move on with developing our own VOIP technology (without paying huge fees to URCA).

Why they have to argue every time? There is no loyal competition? Sometimes I don't understand why we can't be the best in our industry in a competitive market. http://magazinonlinenou.wordpress.com/">Thanks!

Hey! I think that Utilities Regulation and Competition Authority is the most authorized to make some changes in order to correct any misunderstanding. http://radusandaandreea.wix.com/sanat...">Dorian