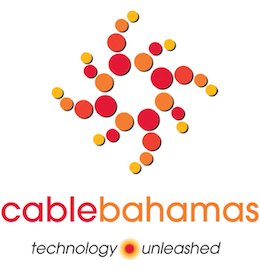 Cable 'steps up' its targeting of enterprise niche

URCA to look into complaints as channels vanish

THE Utilities Regulation & Competition Authority (URCA) said yesterday it is looking into RevCable Bahamas’s recent channel line-up change which has left many of the company’s customers irate.

Cable Bahamas has secured a two-year extension for repaying $97.169m of debt that was falling due, and which had caused current liabilities to exceed assets by 95.6 percent.The BISX-listed communications provider, in its just-released annual report,

A “critical sub-sea fibre break” to Cable Bahamas Ltd’s main BICS network in Grand Bahama was the reason for an island-wide outage in internet services throughout New Providence and some Family Islands on Saturday, the company has said.

CABLE Bahamas announced that as of Wednesday afternoon, 97 per cent of its REVTV video services were restored across its entire national network.

CABLE Bahamas teams have been working around the clock to advance restoration efforts on Grand Bahama since Hurricane Matthew left the island devastated in October, the company said, adding that it hopes to have all areas restored by the end of this month.

CABLE Bahamas has announced that it has once again partnered with The Bahamas AIDS Foundation for its 23rd annual Red Ribbon Ball on Saturday, November 12.

CABLE Bahamas has started the process of restoring service to the central and south eastern Bahama islands which were severely affected by Hurricane Joaquin.

CABLE Bahamas technicians were working last night to restore cable television service to customers in Nassau, Abaco, Grand Bahama and Eleuthera after equipment failure in the company’s transport facility on Robinson Road led to an outage.

A LIGHTNING strike on Tuesday night that damaged an underground fibre optic cable caused disruption to services to Cable Bahamas customers in southwestern New Providence for up to 17 hours.

Union threatens to 'shut down' Cable Bahamas amid dispute

THE president of the Bahamas Communications and Public Officers Union (BCPOU) said yesterday that Cable Bahamas Limited has 30 days to enter negotiations “in good faith” with the organisation or risk being “shut down” for the company’s failure to “discuss and conclude” a collective bargaining agreement (CBA) tabled more than ten years ago.

A UTILITIES Regulations and Competition Authority (URCA) official agrees that Cable Bahamas Ltd“did what it had to do” when it last week blacked out two basic cable channels that aired live coverage of the FIFA World Cup.

A leading accountant yesterday urged the Government to give the proposed National Tripartite Council a real mandate to improve the Bahamas’ economic competitiveness, warning that this “cannot be allowed to slip beyond this point”.

Cable Bahamas believes that competition in the Bahamian cellular market is “at best two to three years away”, making it “premature” to devise a pricing regime for calls between mobile phones.

Cable Bahamas’ largest shareholder “abstained” from voting in favour of its $100 million worth of Florida acquisitions, after “foot dragging” by its government ‘owner’ meant several pre-conditions for the transactions’ approval could not be met.

Cable Bahamas has not been leaving tonight’s shareholder vote on whether to approve its $100 million Florida expansion to chance, Tribune Business can reveal, with senior management calling institutional investors to ensure their support.

Cable Bahamas is predicting that its almost $100 million worth of US acquisitions will triple annual revenue and operating income growth rates beyond what it would achieve if its activities remain confined to this nation.

Cable Bahamas has warned that imposing price controls based on Bahamas Telecommunications Company (BTC) related benchmarks would slash its phone call termination revenues by 50 per cent, creating an “unjustified negative impact” on its finances.

Cable Bahamas has urged regulators to intervene in its long-running dispute over the Bahamas Telecommunications Company’s (BTC) alleged ‘blocking’ of calls to international mobile roaming customers, demanding that it provide call termination on a “cost oriented basis”.

Cable Bahamas saw “amazing” Internet revenue growth in 2012 that beat projections by almost 10 per cent, a senior executive telling Tribune Business yesterday that it was “hitting most of our target numbers for 2013”.

Cable 'not given up' on 27% TV price increase

A Cable Bahamas executive yesterday suggested its application for a 27 per cent increase in basic cable TV prices would have been approved “in any other jurisdiction”, indicating the company had not given up on efforts to persuade regulators to reverse their rejection.

Cable 'on hook' for $8m over US deals

Cable Bahamas and its shareholders are ‘on the hook’ to lose almost $8 million if the Government refuses to approve the company’s acquisitions of three Florida-based communications providers.

Cable Bahamas has launched its REVON Extreme service, which with Internet speeds of up to 70 megabits per second is self-described as the fastest of its kind for Bahamian residential customers.

Cable Bahamas says it has seen a 20 per cent increase in Internet data usage since it increased subscriber bandwidth speeds last month, an improvement it plans to further build on.

Cable putting 'final piece' in on $89m US purchases

CABLE Bahamas is putting together the “final piece” in its $89 million acquisitions of three Florida-based telecommunications providers, a senior executive telling Tribune Business that the deals now only await approval by the Bahamian government.

CABLE Bahamas has attracted more than 17,000 subscribers to its ReVoice fixed-line service since it introduced the offering just over a year ago, its marketing head describing this level of market penetration as “pretty fantastic”.

Cable Bahamas yesterday received approval from the leading US communications regulator for its $24 million acquisition of US Metropolitan Telecom, one of its three Florida-based acquisitions.

The US government has taken its foot off Cable Bahamas’ $89 million worth of US transactions, its national security and law enforcement agencies saying they have “no objection” to the Summit Broadband and US Metropolitan Telecom deals.

THE FREE National Movement’s (FNM) chairman yesterday blasted Cable Bahamas (CBL) as being “wantonly arrogant” in its response to rejection of its monthly SuperBasic TV rate increase proposal, telling Tribune Business the company had not been sensitive to quality of service concerns raised by consumers.

Cable Bahamas yesterday blasted regulators for engaging “in a frolic”, a senior executive accusing them of operating “inside, outside and above the law” over a decision that will cost the company “millions and millions of dollars”.

US regulators yesterday granted a one-month ‘fast track’ authority extension for Cable Bahamas’ proposed acquisition of Summit Broadband, one of its three $89 million US purchases.

Cable expecting Gov't approval 'in 30 days' on $89m US deals

Cable Bahamas is expecting to receive Bahamian government approval for its $89 million worth of US acquisitions within the next 30 days, Tribune Business can reveal.

Cable Bahamas has withdrawn its application to US regulators for ‘fast track’ approval of its latest $24 million Florida acquisition, with the BISX-listed company’s “greater financial strength” expected to improve services yet again.

Cable Bahamas appears close to obtaining half the regulatory approvals it needs to consummate its $65 million US expansion, after the Federal Communications Commission (FCC) gave it the ‘fast track’ authority it was seeking.

Cable Bahamas has been forced to endure a “painful” 50 per cent year-over-year increase in electricity costs, a senior executive yesterday saying 2012 revenue and profit growth had been driven largely by its broadband Internet and new products.

Cable Bahamas is seeking ‘fast track’ approval for one of its US acquisitions by December 15, Tribune Business can reveal, on the grounds that it would be exposed to “a substantial financial loss” if the deal failed to close by that date.

Cable Bahamas is seeking ‘fast track’ approval for one of its US acquisitions by December 15, Tribune Business can reveal, on the grounds that it would be exposed to “a substantial financial loss” if the deal failed to close by that date.

Cable Bahamas yesterday described as “completely unfounded” claims that its proposed basic cable TV rate rise was only intended to finance its $65 million Florida expansion, adding that the increase was necessary to meet Bahamian regulatory requirements.

Cable Bahamas believes its combined $65 million acquisition of two Florida-based communications providers “could really be the catalyst for further growth opportunities”, as it moves to expand beyond a ‘mature’ local market and into one containing 18 million persons.

CABLE Bahamas Limited reported that revenue for its second quarter reached $28.4 million and year-to-date was $56.3 million.

Cable Bahamas fears its SuperBasic TV package could be “cannibalised” by obligations requiring it to provide a basic television service to unserved areas throughout the Bahamas, warning it could suffer “revenue” loss from consumers switching to the latter.

Cable Bahamas' 2011 net income would have fallen below 2010 comparatives had it not been for the $2.022 million profit produced by its newly-acquired Systems Resource Group (SRG

I have heard about CableBahamas as one of the best television company in Nassau, which is offering high speed cable modems for internet access and so much more. http://produsenaturistebune.wordpress...">Good for them!

Cable Bahamas is/was in a big competition with The Bahamas Telecommunications Company, right? Or they have merged? http://cosuricadoupaste.tumblr.com/">Thanks!