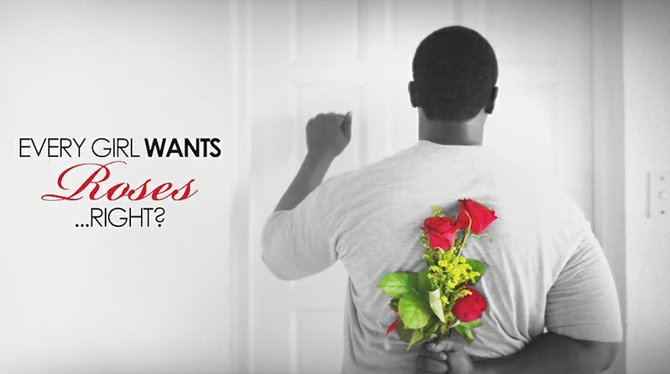 ONCE is too much when it comes to domestic violence. This message is highlighted in a public service announcement by Bahamian entertainer Tracy Ann Perpall. The short film, “Roses”, directs attention to the very prevalent issue of domestic violence by pointing out red flag behaviour of abusers and encouraging reflection on the problem.

TAP became an online sensation with her debut video blog, “TAP says, Can you tell me how to get to Shaniqua Avenue?” She is now using her brand to create awareness about the issue which impacts many women, men and Bahamian families.

Heartbreaking stories of women being brutally battered, raped and killed stirred a desire to do her share in combating domestic violence. Through her Vlogs, PSA’s and other activities she hopes to stir up a similar passion among Bahamians.

Roses plays out the cycle of domestic violence where the victim, after being abused on numerous occasions, accepts apologies and the peace offering of roses from her lover/abuser. TAP said the story of Roses is one that many women have come face to face with; some get out of the destructive relationship and others remain. As for the victim in the PSA she believed it wouldn’t “happen again”.

“I named the video Roses because it matches the story line in the short film and also because roses are usually a great symbol for love and romance and that plays on the whole idea of what real love should and should not be. Real love does not hurt, it does not afflict, it does not abuse, so regardless if someone is presenting you with this symbol of love, if they are still hurting you, that is not real love. Also if you watch the video, you notice that when you look closely, gradually the roses wilt and begin to look bruised and that was also symbolic for how many victims of domestic violence can began to wither away if we as a society do not intervene, educate and protect,” she told Tribune Woman.

TAP said more solutions must be presented and more dialogue needs to take place. She hopes the video’s message strikes a cord with viewers.

“For most Bahamians if you have not experienced domestic violence, you definitely know of someone who has, that is how widespread it is in the community. And although it is widespread, we still like to sweep it under the rug and the dialogue on it is still hush hush. So I think the video is important because, hopefully, it provokes dialogue in the community and hopefully it allows women and men to see that if they are in a situation like the lead in the video, they need to seek help, because it is a very serious situation to be in.

“I hope that from the video, we as a community just start to discuss partner abuse or domestic abuse more. I hope that more persons come forward, whether they are victims who need help or even abusers who need help and rehabilitation. My hope is that someone watches the video and feels motivated to leave an abusive relationship or to get the help they need, even if it is one person,” she said.

“I may not have all the resources in the world, but I am passionate about the issue. I am using whatever I have access to: my talents, my audience and my brand to try to bring more attention to the issue. A lot of people always ask me if I was in an abusive relationship or something like that, and that is not it at all. If I see a problem in my country, I want to be a part of the solution. I do not want to sit idly by and just watch the fabric of my country crumble around me. And I think that is a stance more Bahamians need to take; we need to get out there and be active, volunteer. Do not just watch the news and make a sad face, find out how you can volunteer your time, talents or money towards realistic solutions.

“Right now, my next move in the fight against domestic violence is going to be releasing my investigative series and more short films and PSAs about the subject. I am always going to be passionate about it and I am always going to be contributing in any way I can. A big dream of mine is to help build or fund a shelter for women, because there really is not one. So as time goes on, my plans are to continue to be an advocate,” she said

The short film was produced by TAP (Tracy Ann Perpall); written by Travon Patton and TAP; shot by Shantz Collymore; edited by TAP; directed by Shantz Collymore and TAP. The cast include Fanchon Dawkins, Thomas Robinson and Juliet Holmes.