Bands To Face Off In Gbob 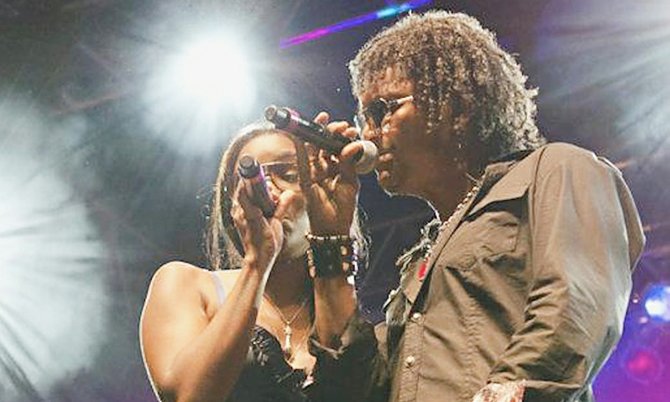 THE COUNTDOWN to the Global Battle of the Bands Bahamas has begun.

Six Bahamian bands will gather on one night, at one venue, for a showdown of original live music.

Originality of music, presentation, and international appeal are what judges will be looking for when they crown the “Best Band in the Bahamas” during the 2nd annual event to be held this Saturday at the Botanical Gardens.

Most of the participants in this year’s competition are returning contenders including Plati Dread, The Truth, New Entry, Avante Guarden.

Newcomers are Kontact and Johnnie Christie and the Boats. All of the bands are excited to participate in the competition; they hope to represent the Bahamas on the world stage during the Global Battle of the Bands. This year’s Global Battle of the Bands Bahamas winner will be crowned best new band in the country and travel to Thailand to compete in the world finals of the competition.

The competition was open to all bands, including those that participated in last year’s event, excluding the winner.

Competing bands will be challenged to use a variety of skills to deliver their best performances of their original music compositions. No covers are allowed.

Music is to be performed live and will be judged in several rounds. During the preliminary rounds, audience members will determine which band moves forward.

“The audience accounts for fifty percent of the votes and the judges represent the other fifty percent. The judges will be sitting in during all of the rounds but the last round will be judged by the panel only,” said Ricardo Berris, chairman of GBOB Bahamas.

The panel includes international guest judge Amanda Van West of Dream 955 which is an international organisation based in California who are the producers of the Band of the Day app.

“In a bid to get some of the local bands featured on the app, we decided to have Dream 955 in the process to help us with determining what bands can advance to the World Finals and what sort of work we have to do to get the bands here at a certain level,” Mr Berris said.

“She (Amanda Van West) has come into contact with about 700 bands around the world and she would help to determine which one of these bands might be better able to capture the award at the World Finals.

“We emphasise again, that we are looking for the band who has the best potential of being successful internationally that is important,” he said.

Other judges for the event include Raphael Munnings, returning judge, Clinton Rolle, and Dr Audrey Wright.

“Our selection criteria for judges were based on a number of things. We selected judges from a cross section of the industry, music education, and we also have a veteran, someone who is a music pioneer. We have someone from the business community who will look at things from a business stand point. We also have an international judge who will look at it from a global perspective,” he said.

The winner of World Finals will be awarded $100,000 worth of cash and band development packages, as well as a golden statuette for “Best New Band in the World”.

GBOB Bahamas aims to ensure the event becomes the most highly anticipated and reputable annual musical event in the Bahamas.

It serves as vehicle for bands to premiere their new work, while getting musical exposure both locally and internationally.

Would be nice to know the results of this.