'The Best Training Camp I Have Ever Been Part Of' 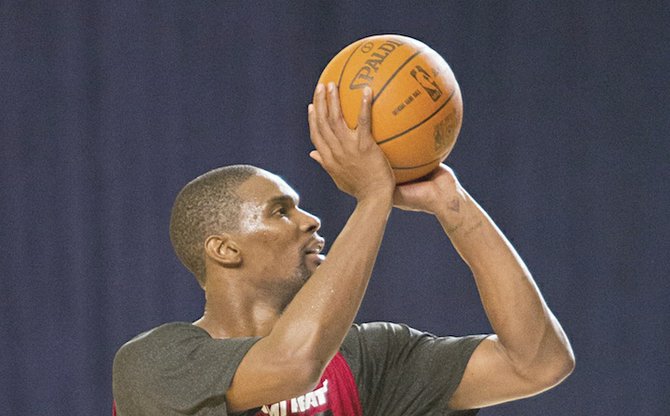 THE Miami Heat’s 2013 training camp in the Bahamas was a new venture for both the organisation and the Bahamas, a productive one that several Heat players called a memorable experience.

“It was the best training camp I have ever been a part of,” centre Chris Bosh said. “Everybody came in in shape, everybody got after it everyday. I thought we had a great work ethic, great mindset. Not only did we work hard, but we played hard too. It was good, we had a great time.”

Guard Dwyane Wade said it was one of his “favourite training camps in my 11 seasons. We’ve got a special team. We’ve got a special group. And at times like this, you get to see it. The Bahamas was great, it was amazing. It’s been great and it’s been one of the best four-day training camps that we can have. It’s good to come to the Bahamas, great place, not too far from Miami, we got to come here and work hard, now we go back and it’s all about the process of getting better.”

“We had a good set of practices, we got better, it’s great to see guys excited about being back, excited about the game of basketball,” LeBron James said. “I want to give a lot of thanks to Nassau and everyone in the Bahamas for opening their arms and doors for our organisation, we had a great time. It was fun and now it’s back to Miami. It was great to come down here, just us, provided a lot of time for camaraderie.

“The accommodations were phenomenal,” head coach Erik Spoelstra said. “The guys have enjoyed it so much that they probably will try and find ways to get back here in the offseason.”

The Heat opened their quest for a three-peat when they landed in the Bahamas last week Monday. They were greeted at Odyssey Airport by Junkanoo group, the Commandos, before they opened training camp at the Atlantis resort on Tuesday.

The Heat left for Miami October 4 and began their pre-season yesterday when they hosted the Atlanta Hawks at American Airlines Arena. Their pre-season is slated to end on October 25.

The Heat’s regular season is all set to open on October 29 against the Chicago Bulls in Miami televised on TNT.