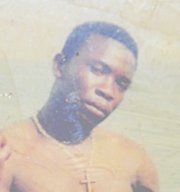 A 35-year-old Abaco man is wanted by police for questioning in connection with incest.

Grand Bahama Police have issued an all-points bulletin for Maxene Baptiste, a resident of the Mud.

He is about 5ft 6in, slim, and with brown complexion and short hair.

Inspector Terecita Pinder, press liaison officer, said Baptiste should not be approached as he is considered armed and extremely dangerous.

A 22-year-old Freeport man was charged on Monday in the Drug Court in connection with the discovery of the marijuana fields in East Grand Bahama.

He pleaded not guilty to the charges.

On March 24, law enforcement officials discovered 160,000 marijuana plants growing in the pine forest in the eastern area of Grand Bahama. The drugs have an estimated street value of $16.8 million.