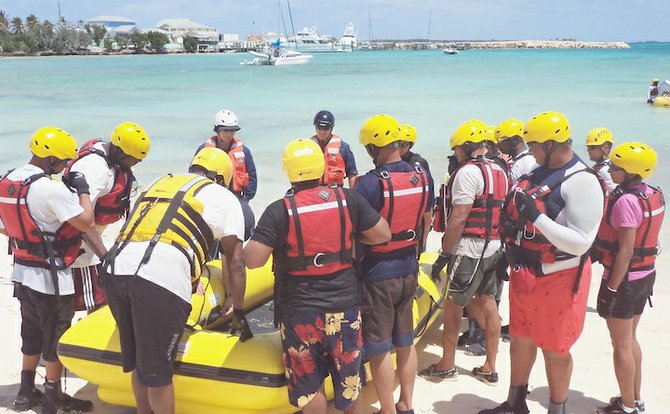 THE National Emergency Management Agency conducted a Water Rescue Training and Equipment exercise on Long Island, in an effort to equip residents with survival skills in the event of an emergency at sea.

The training held March 31 to April 4, 2014, as conducted in conjunction with the United States Northern Command (UNNORTHCOM). It was the third in a series of training; Phase 1 was held on the islands of Abaco, Grand Bahama and New Providence between March to May 2012. And, Phase II was held on New Bight, Cat Island from March 3 to 6, 2014.

The purpose of the programme is to equip a team of individuals in each island community to be able to effectively respond to a disaster in nearby waters. Another focus of NEMA is to ensure that individuals in the communities are properly trained to respond if an aircraft crash or boating mishap in waters near the coast.

NORTHCOM donated the necessary equipment to facilitate the training and additional equipment to assist rescue teams with responding to disasters near the coast or swamplands. The class instructions were conducted by four Certified Water and Rope Rescue Technicians from the United States Public Health Services sponsored by USNORTHCOM.