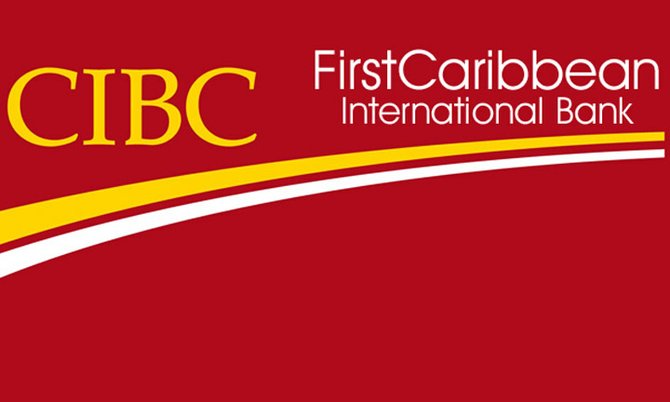 CIBC First Caribbean International Bank (FCIB) yesterday confirmed plans to cut 66 jobs from its Bahamian workforce, revealing that those posts would be outsourced to Jamaica.

The majority of terminated jobs will be in CIBC FirstCaribbean’s operations group, with 56 staff to be made redundant. Ten redundancies will come elsewhere in the Bahamian operation.

“The majority of the roles that will fall away will be in the operations group, where there will be continued focus on: process reengineering and automation [and] relocating activities in the Bahamas Operations Centre,” Mr Parkhill and Mrs Rodland-Allen wrote.

“There will be a transfer of some processes to an expanded facility in Jamaica, which will result in the elimination of 66 roles in the Bahamas, 56 of them in operations. In addition to the operations impact, 10 additional roles will fall away.”

This is close to what Tribune Business had predicted last month, as given CIBC FirstCaribbean’s intentions to cut employee headcount by 10 per cent, this indicated 70-75 persons from its 747-strong workforce at the 2012 year-end could be sent home.

The BISX-listed bank is doing its best to soften the impact, as the redundancies will play out over a 20-month period, starting in May 2014 and ending in October 2015.

However, that will be of little comfort to those losing their jobs, or the Bahamian economy and society in general.

It also serves as a sharp reminder to the Christie administration that much work on the economic front remains to be done, the Prime Minister having touted the recent fall in the official unemployment rate from 16.2 per cent to 15.4 per cent, plus numerous foreign direct investment (FDI) projects.

The CIBC FirstCaribbean move will also be especially galling to Bahamians given that jobs are being switched from this nation to Jamaica, probably because of that country’s low-cost labour force and IT-trained workers.

A website believed connected to a Cabinet Minister suggested at the weekend that legislation may be required to stop the Canadian banks, including Scotiabank and Royal Bank of Canada, from outsourcing back office functions to one central location in the Caribbean.

Both they, and CIBC FirstCaribbean, are looking to cut costs, extract efficiencies and return to historical profit levels in an environment charcterised by high levels of non-performing loans and net losses.

Scotiabank, at least, is thought poised to take similar action to CIBC FirstCaribbean, and some bankers have privately told Tribune Business they believe as many as 150-200 jobs in Bahamas-based, Canadian-owned banks could be art risk.

Meanwhile, the CIBC FirstCaribbean letter to Bahamian staff said 89 persons had applied to the voluntary separation programme, with 74 accepted. This indicates that, ultimately, the bank’s Bahamian workforce may be reduced by 140 persons come October 2015.

Theresa Mortimer, president of the Bahamas Financial Services Union (BFSU), appeared shocked at the extent of the lay-offs when contacted by Tribune Business yesterday afternoon.

She said she was not prepared to comment on the matter until she got a clear understanding of what was going on, adding that she had been made aware the bank’s executives had met with Prime Minister Perry Christie. She is seeking to meet with him as well.

“Our recent performance, as seen in our declining profitability over the past five years and our first ever loss last fiscal, has left us with no other option but to re-examine our structure and way of doing business to meet the challenges facing us,” Mr Parkhill and Mrs Rodland-Allen wrote.

“We must make the painful decisions now to put ourselves in a better position for the future and to safeguard the continuing employment of the other employees in the Bahamas. We assure you that we have done whatever we  can to minimise any job losses.”

The letter further stated: “As part of the restructuring exercise, however, a number of opportunities have been created through new and replacement roles. Following the closure of the voluntary programmes, we conducted a redundancy analysis throughout the organisation, and there will be an opportunity for impacted employees to apply where there are any job openings.

“The redundancy programme is expected to begin in May of this year, and to be completed by 31 October 2015. This timing is contingent on our receiving regulatory approvals for the proposed changes.”

The Bahamian operation is thought to account for around 40 per cent of CIBC FirstCaribbean’s total business, and its 2013 annual report shows the Bahamas generated 49 per cent - almost half - its $176 million retail and business banking revenues. The Bahamas operation, though, suffered a net loss of around $18 million

The restructuring is part of the bank’s turnaround plan, following the regional $27.5 million net loss for the fiscal year ended October 31, 2013. It is booking a one-off $37.6 million restructuring charge as a result, with some $25.695 million related to severance pay.

Mr Parkhill and Mrs Rodland-Allen added: “We hasten to add that the restructuring of our operations is about more than a reduction in our staff numbers.

“It is to contain spiraling costs in all areas of our operations, and to implement a new structure that will allow us to take full advantage of new growth opportunities.

“This exercise became necessary because the bank is challenged by limited revenue growth, increased taxes and rising staff costs.... Several credit enhancement and risk remediation projects that we embarked on over the past two years are coming to an end and, given the operational efficiencies we are seeing, it has become necessary to adjust our staffing structure to adequately serve the addressable opportunities within the market.”

They added: “This is not an easy message for us to convey to you as your chief executive and managing director, but we have reached a stage where we have no choice.”

Sign of the times...business licensing has more than quadrupled in the past couple years. Very quietly they upped business license fees AGAIN...guess they are trying to get one last suck out of business license fees before they 'promise' to do away with them with the incoming VAT...yeah right...still gonna be paying those fees PLUS VAT...may as well close our doors now and call it quits...add another couple hundred people to the jobless queue on the streets.

Royal Bank is next.

Think this has anything to do with our immigration policy and our belief that “The Bahamas is it?”

No. This was in the works before that. It's just business...

This is nothing. When the new taxes will be imposed you will see many more layoffs and not only in the banking sector.

Yeap...I'm the owner of a business that employs a couple hundred people...I can honestly tell you that I am looking at options for shutting the whole thing down and leaving my homeland for greener pastures.

a website believed connected to a Cabinet Minister suggested at the weekend that legislation may be required to stop the Canadian banks, including Scotiabank and Royal Bank of Canada, from outsourcing back office functions to one central location in the Caribbean

This is really bad news but how do you stop a private company from doing what it needs to to make a profit? Legislation???? Why not pick up the whole show and move to another island? We continue to blame other people for what's wrong with our educational system and attitude to hard work. This minister should be telling his colleagues to stop giving lazy people jobs, to do something about our educational system and stop fostering a false sense of entitlement

Are you serious?? Did not see that. All of our stuff is 100% local, and 100% Bahamian, but if I decide I wanted to start outsourcing stuff in a more economically favourable location...I'm a private company...not some government run agency, I'll do what I dang well please and if you don't like it, I'll just shut it down altogether. Idiots.

@ b-i-d And so will all your hard earned money go,pay your fair share here as you would in other damn country...

I'm paying my fair share trust me...but when my business license fees go from around the 200K mark to just shy of a million...a YEAR...I'm starting to have a hard time justifying it. I could close up shop, sell off all the assets and retire to some other country...sure as heck am not going to stay in Nassau where you run the risk of getting shot killed raped or robbed at any given point in the day.

This is what happens when you put all of your eggs in TWO baskets. We need to diversify our economy - agriculture, industrial development, energy, fisheries, etc

We need to study the Israeli model over the past 100 years.... the Chinese will burn us

The international banks, like most foreign businesses, are driven by profits. There is no loyality to any country or any set of people. They will do whatever is necessary to maintain their profit level, even if it means pulling their operations completely out of a country. Imagine the disaster if Bah Mar comes on stream and cuts so deep into Atlantis profits and market share so much that ATlantis decides to pack up and leave or scale down their operations by 50%. There is no guarantee that Bah Mar can take up the slack in employment and other essentials. Imagine the effect on our already ailing economy and our employment.

ANd you would think that after negotiating with BTC and finding out how greedy and hoggish this company is, someone from government would address the issue of BTC not compensating its wholesalers and vendors properly for selling Top Up and phone cards. The margins have been slashed from 25% to 9%. Some think this is just about the guy you see on the street corner selling phone cards. But this is a $140 million industry. And BTC is getting away with undercutting its vendors by some $21 million a year. Their portion of the profits leaves the country...and no one in government will even yelp, much less bark. Can you see the long term effect on our already drained economy? anyone?

Govt couldn't negotiate their way out of the sewer, let alone negotiate to have BTC do anything they don't want to do. It is what it is until some solid competition comes on stream to compete against them. The whole buy back fiasco just proves that.

Will we have a competitive telecoms environment given that BTC owns the trunk line???? Hubert sold the goose, da gander and da eggs one time

"Now Mike, was success at e best, counting money in one er them big hotel out West. Things got bad and Mike lose e job, now his girlfriend acting like a snob. I don't love you no more cause you money gone; later for you mike, cause I movin on",

For decade foreign banks have made billions in the Bahamas, all of which was repatriated to home country. They never even allowed Bahamians to own shares. Now that "things" get lil bad, later fer we, cause they movin on! They acting like high maintenance sweethearts.

Consecutive governments have put the cart before the horse when it comes to our economy. While many Bahamians still want to live in a quiet sleepy fishing or farming village, foreign entities are coming here taking advantage of our resources, including human capital, and reaping profits by the trailer load. When the 'well' dries up, they pack their suitcases and move to greener pastures...green is the name of the game.