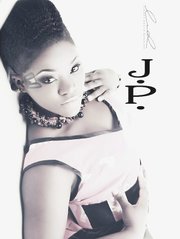 BAHAMIAN entertainer Dominique “Junior Prodigy” Brown is back on the local music scene following a brief hiatus for personal and brand development.

In addition to creating more music, JP said she is also delving into some new projects that will benefit Bahamian women.

“One of new music projects that I am now working on is entitled, ‘Dance Roun’ Da Issues.’ This project is written entirely in Bahamian dialect and its theme portrays a politician speaking in third person to his supporters. The talented Dyson Knight is the producer of this soon to be released single and working with him has been such a treat. I premiered a version of the song last year at the College of the Bahamas and it was well received. I look forward to its release,” she said.

JP said her fans can expect music that invites them in which will also encourage them to step out of their comfort zones.

“Many of our standards need to rise. Many of us are barren; failing to give birth to our gifts. Too many of us have chosen to accept the brick walls that life has given to us and have made the decision to settle for far less than our best. I, for one, cannot stand by and watch this happen any longer,” she told In Ya Ear.

JP’s music career began in her small community where she would religiously attend open mic events to work on her stage presence and her ability to interact with a crowd.

After six months of honing her vocal skills and gaining confidence, she signed up for a local rap competition. JP and her group won the competition and were awarded studio time.

She then went on to enter the Guinness Talent Search Competition nine months later as a solo artist, taking home the title that 21 persons battled for. She won $2,500 dollars in cash and performed live with reggae artist Tarrus Riley.

From her first appearance on the local music scene, JP has always embraced working with other Bahamian artists, to not only share music but make an impact in communities.

“At this point, I am not in high collaboration mode. However, I am always open to this opportunity. Any artist who has a passion for people, whose music invites his/her audience to become something greater and who believes in Jesus Christ can work on a song with me. The last collaboration that I was a part of was the amazing ‘Get Involved Remake’, which featured local icons such as KB, Ronnie Butler, Baha Men and my favourite female entertainer, Veronica Bishop. The bar was set very high on that song so should I work with another artist, his/her standard of music must be equivalent to mine,” said.

JP has also been establishing her brand of ‘Mind, Body and Soul Empowerment For Women, Young and Old” – a training seminar that she will launch shortly.

“I find that there is no greater gift than having who you are be equal to what you have to offer. And at this point in my life, offering more than just a musical compilation, a song, a feel good five minutes is of great importance to me,” she said.

“Apart from this project, I have been creating empowerment opportunities for single mothers among others whose budgets will be heavily affected by the upcoming VAT.”

“Everybody’s got a cell phone nowadays and I am finally caught up with the digital age, so anyone who desires to stay connected with me can do just that. I have got lots of exciting things in the pipelines so there will be many more updates to come, and what faster way to stay posted than right on your phone? Once someone uploads this link on Facebook, it all pops right up,” she said.