March To Call For No Bail And Death Penalty 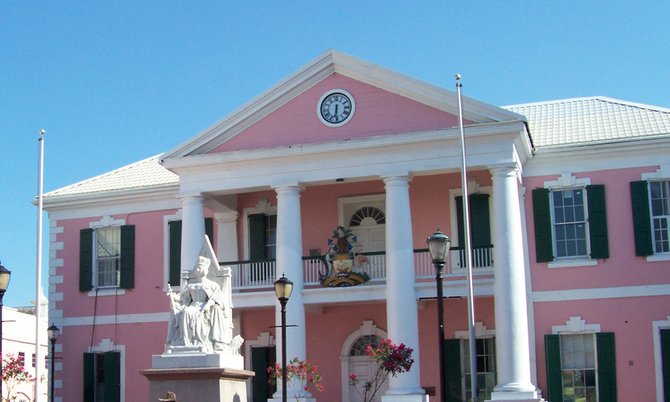 THE founder of a popular local Facebook group with more than 15,500 members and the creator of an organisation that represents families of murdered victims are teaming up to organise a “march against murderers” and rally.

The “No Bail, Let Capital Punishment Prevail” march is set for February 1, 2014. It will begin at 9am at SuperValue on Baillou Hill Road and culminate in Rawson Square, where community leaders will voice their concerns publicly.

The official spokesperson for the event is Dr Margo Seymour, a Bahamian living in Florida who is refusing to sit by helplessly as her home country continues to receive negative press because of its escalating crime.

Seeing the outcry over crime on her Facebook group, The No Spin Zone, she says was compelled to organise the march and a rally.

Joining her is the group Families Of All Murdered victims (FOAM) led by Khandi Gibson.

“At the end of the day the Bahamas belongs to us,” she said. “I don’t know what happened between Christmas and the days after the New Year, but there was a time that we could brag that we didn’t have incidents to report about because our main priority was Junkanoo and family during the holidays.

“This holiday season was riddled with violent crime and the most disturbing being the Fox Hill massacre where several people lost their lives, some of whom were attempting to protect children as bullets descended on a Junkanoo group. When did this become the Bahamas?”

As the name of the march indicates, participants are demanding capital punishment to be enforced to those on death row to discourage potential criminals, regardless of which party is in government.

“At this point, crime is everyone’s business and no longer the business of The Bahamas when we have so many media outlets around the world reporting on us and affecting our primary source of income which is tourism,” Dr Seymour said. “Let’s be very clear – this march is not political, it’s personal. Criminals don’t care which political party you support, what area you live in or what class you fall under. We must be unified as one to send a clear message that we are not going to sit back and tremble in our homes afraid of who is coming in and afraid of what may happen if we go out.”

Fist there were the Miami-based Cuban Movement and now 15,500 Facebook members. But quantity is all but useless. Maybe Comrade Dr. Margo knows about a whole bunch of chartered air flights heading this way to March on Bahamaland's streets?

Tal - I believe they are organizing locals to march. Hopefully thousands will turn out. It's up to the people to get involved or not. Their choice.

As far as capital punishment being a deterrent. It may or may not be. But at least it ensures that ONE person doesn't kill again, and that's the one being hanged.

Comrade i do respect both sides of the capital punishment argument but "if" you hang just one innocent human being, convicted by a known imperfect jury system, wouldn't you call that a "lynching" carried-out by the state? There have been over the years many organized marches and according to media reports they attracted less than one-hundred marchers at any one of them, so where do you get your thousands will participate in this one? I can think of no time in Bahamaland's long history when there has been a strong public demonstration in favour of sending our citizens to the hang man's trap door.

Bahamians clamor for the introduction of the death penalty is due to the feeling of powerlessness at the deteriorating crime situation. Capital punishment has been proven not to be effective - why is it that the civilized world is moving away from state killing? We call ourselves a Christian nation (joke!) and yet Christ himself stood firmly against capital punishment when he prevented the stoning of the prostitute. And we Christians are supposed to be his followers? (Another joke) Get real Bahamas, hanging a few of the worst offenders might make some of us feel better for a short while but it will do absolutely nothing to improve the situation. All it will do is diminish us as a civilization.

Applause to Dr Margo. Personal opinion, they should end the focus on crime rallies. They target the usual suspect, menacing looking young men with ratty dreadlocks sitting on the blocks while the biggest criminals walk up the steps in rawson square every day in 3 piece suits with leather portfolios and iPads. They should rally against crime AND CORRUPTION, they go hand in hand.

We need another "Black Tuesday"

Comrades I need a more convincing argument than what I'm reading here to support a call for thousands to march in favour of the Hang Man's Trap Door. if giving away Free 50" Flat Screen TV's, foods and drinks by the numbers "bosses" at the fish Fry, and if popular talk show host Darold Miller could only get a few dozen (including all kinds fringe groups and politicians with their own hidden agendas to promote) to march with him to protest for equal opportunities, what makes anyone think some Miami-based Facebook Group will fly-in and meet with any more success? Comrade Darold said he and his disciples of twelve would return to Rawson square in thirty days. What he say about thirty days, cause I never seen him again in Rawson Square? Talk is cheap even if you got your own talk show. Right?

Darold Miller and other Bahamians Protest for Equal opportunities in t.....//

Rory I cannot agree with you on this. While I am not a fan of "Papa" or any of his cohorts. the point is crime is getting worse in this country and no matter who the Government of the day is, it needs to be addressed. One of those ways is the entrenchment of capital punishment into our constitution.

While I agree that I may not stop the killing, it will certainly put some fear in those who calously kill without fear of being killed themselves - albeit by the State. At least Ms. Seymour is trying to do something about it - where others (Rodney Moncur, et al) have failed and I wish her every success.

@honestman, ARE YOU KIDDING ME? So now, that we are in a "CIVILIZED" world life for life should be outlawed? (The same master/slave manual was used to justify the lynching of your own people just the other day! even today)The stoning of a prostitute? really? murder and prostitution is now on the same level huh? damn! as a college student I sure did some crazy things, but I never knew that $50 for a great time with that chick in my car downtown equates to putting a bullet through the eyes of an honest man (pun NOT intended) Oh I forget according to the slave/master manual SIN IS SIN, hmmm, Ask any honest man would he rather buy that expensive gift for his girlfriend/sweetheart JUST for the sake of a little something extra he ALWAYS wanted to try that he "once" saw in the movies "wink,wink" or would he rather just put a bullet through his wife of 20 years eyes for not doing what he ask because SHE thinks it is a sin? COME ON BAHAMAS!!!!! WE ARE BETTER THAN THIS!!!! WE ARE TOO USE TO BEING CONTROLLED!!! EVER WONDER WHY?? A savage lion from the wilds of Africa, will kill and eat ANYTHING! with blood, (not trying to imply we are animals, but any honest man will get my point) but, chain him, tame him, manipulate him, give him "food" ONLY when he does what you require, and in 10 years maybe even 5 depending on the severity and cunningness of the master, this once savage beast will eat out of a baby's hands! Without FNM/PLP/The Bahamas Christmas Counsel devide and rule tactics, WHAT THE HELL ARE WE AS A NATION?? Question to any honest man/woman, if SIN IS SIN and not of god, why do we worship to sinners? Thank about it, why would we congregate by the thousands for a godless PLP/FNM rally but a march to DEMAND these so-call politicians to amend the constitution to ABOLISH the Privy Counsel to save our Bahamaland will not even have Ten thousand Bahamian Citizens in Rawson Square! Am not advocating violence in any means but where are the Guy Fawkes of our time, THE DOERS! AND NOT ZOMBIES.

Cont'd@honestman,Like I said before THE PEN IS MIGHTIER THAN THE SWORD! WHAT'S WRITTEN IN OUR CONSTITUTION IS A TROJAN HORSE!! HOW CAN MAN, PROTECTED BY THE BAHAMAS CONSTITUTION BE FREE, BY ADHERING TO "CHRISTIAN" PRINCIPLES? IT'S AN OXYMORON!! BECAUSE TO BE FREE STARTS IN THE MIND! Any honest man will admit, you cannot serve "ANY" master and think you're FREE!!!!! IF YOU HAVE A MASTER, THE SLAVE IS YOU!! This Slave/Master manual is perfect to keep White Anglo saxon Males ALWAYS at the TOP of the food chain, like politricks uses our own to fool us! it's not a racist statement, because MANY of my white friends will tell you the same, to be an honest man, it was a White Anglo saxon Male who showed me this revelation! CRIME IS A BYPRODUCT OF CAPITALISM! We have ANGRY, INTELLIGENT, WELL TRAINED, WELL CONNECTED "CRIMINALS" BEING SENT HOME, WHILE MANY OF THE MOTIVATED, INTELLIGENT, WELL TRAINED, WELL CONNECTED "LAW ABIDING" BAHAMIAN CITIZENS LIVE IN OTHER COUNTRIES NOT WILLING TO RETURN TO THE BAHAMAS BECAUSE THEY'RE NOT POLITICALLY CONNECTED, AND THE OLD GANGSTERS WILL NOT HIRE THEM! Solution: Bahamians/The Bahamian Government need to stop selling our all of our MIND, SOUL, BODY AND LAND or we will be just like 1980 South Africa. Corruption is everywhere, sure some innocents will die, it's the cost of TRUE freedom, ANYONE that is too afraid to die WILL BE CONTROLLED! Those not afraid to die have a 50/50 chance to truly LIVE FREE! however, I prefer you to FEAR ME THAN TO LOVE ME, we need bold, YOUNG, fearless Bahamians, not these old CORRUPTED Clowns!!