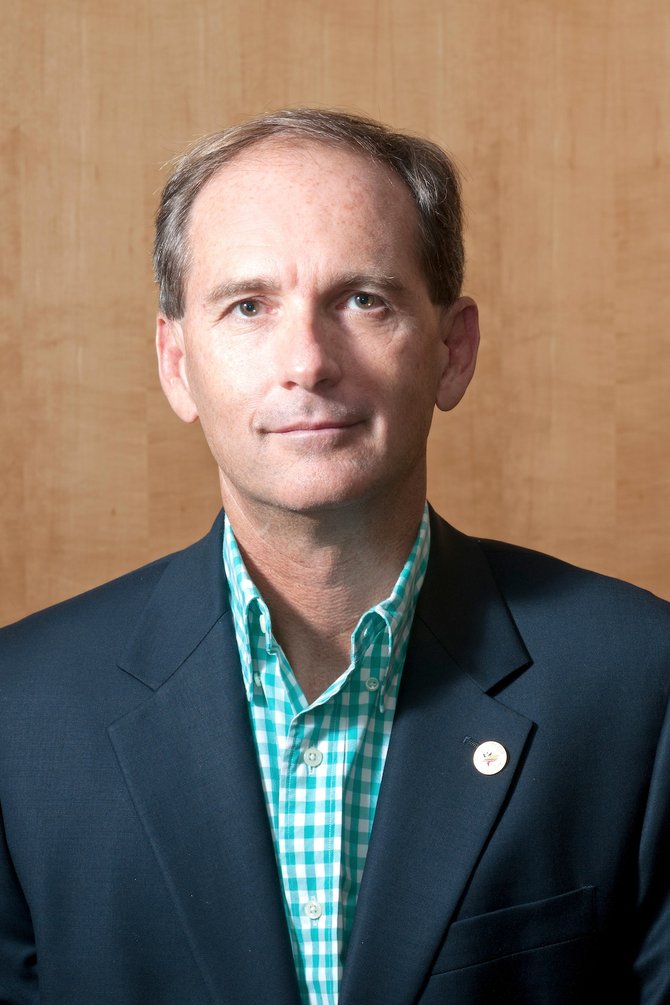 Robert Myers, the Bahamas Chamber of Commerce and Employers Confederation’s (BCCEC) chairman, told Tribune Business the required economic growth, detailed in an International Monetary Fund (IMF) working paper, should serve as “a wake up call” for policymakers and wider society.

And, with the 5.5 per cent rate more than double the Bahamas’ projected 2.3 per cent GDP growth for 2014, Mr Myers said achieving a significant dent in the unemployment rate “just isn’t going to happen”.

The paper, ‘Labour Market Issues in the Caribbean’, estimated that the Bahamas would need to achieve an annual real GDP growth rate of 3.8 per cent between now and 2018 just to absorb the 5,000-6,000 annual school leavers alone.

The Bahamas would have to collectively increase employment by almost 13 per cent between now and 2018 to absorb all school leavers, something that would require an annual 2.01 per cent growth in the employed labour force.

“Higher growth is necessary to absorb new entrants to the labour market over the medium term,” said the IMF paper, something also required in Barbados, Jamaica, St Lucia, Belize and Trinidad & Tobago.

The authors, whose views do not represent the IMF, then estimated that if the Bahamas was to absorb all school leavers between now and 2018, plus slash the existing unemployment rate by 50 per cent, it would need an average GDP growth rate of 5.52 per cent.

The study added that a collective 19 per cent increase in Bahamian employment would be required to achieve this objective, with an annual increase in the employment rate of 4.94 per cent.

The IMF working paper thus reinforces the message that the Bahamas needs an economic ‘game changer’, because the country is simply not growing fast enough - even with the likes of Baha Mar and Albany - to produce jobs and economic opportunities for its people.

And, by failing to make a dent in the unemployment figures, especially a youth jobless rate that is now over 30 per cent or close to one in three young Bahamians, this country risks rising crime and unrest as a significant segment of society is left behind.

In response, Mr Myers told Tribune Business that the required GDP growth number for the Bahamas was “dumbfounding”, given the acknowledged woes of the public education system and the weak economic climate.

He added that this was especially given Department of Statistics projections that the Bahamian economy had only grown by 0.7 per cent in 2013 - a rate almost eight times’ lower than what was required in the ‘absorb school leavers/cut existing unemployment by 50 per cent’ scenario.

“How’s that going to happen? That’s huge” Mr Myers asked of the 5.5 per cent growth rate requirement. “They’d have to write everything on the books, and every project would have to come to fruition to make that happen.

“It just goes to show how much work we have to do. You need five Baha Mars going on, or you need construction projects and development projects that are clearly more geared towards Bahamian employment.”

That is a reference to the high Chinese contractor and labour component in Baha Mar, which has been perceived in some quarters as blunting that development’s economic impact during the construction phase.

“Baha Mar is not impacting the economy as much as it should be,” Mr Myers said, adding that multiple hotel, office and other development would have to occur simultaneously for the Bahamas to achieve the growth rates targeted in the IMF working paper.

“You can throw those numbers around, but when you recognise the reality it takes to get there, it’s just dumbfounding,” Mr Myers told Tribune Business.

“It’s a real challenge with the current education system, what’s happening in the business world, the private sector. It [5.5 [per cent growth[] just isn’t going to happen. Even if you take all the projects the Prime Minister talked about, we’re not even close.

“Look at how much work we did last year [to get to 0.7 per cent growth]. Do you know what 5.5 per cent looks like? It just shows you how much work has to be done to get the needle to move.”

“You’ve got a bottoming out there because of the present uneducated workforce. You are coming out of high school with a ‘D-’. What are we supposed to do with that person? Three thousand of them have that grade or lower.

“It makes it very difficult for these kids that are ‘D-’ or below. Where are they going, assuming everybody has an education suitable for the workforce.”

Mr Myers again called for the Bahamas to liberalise its Immigration policies, allowing foreign investors and entrepreneurs to establish businesses that “can create opportunities for these people less educated”.

Mr Myers was again backed by Peter Goudie, head of the Chamber’s employment and labour division, who yesterday told Tribune Business: “We’re both big proponents that to grow our economy, we need to loosen up on Immigration policy and let entrepreneurs come in and create jobs.”

Worker productivity in this nation, it added, had undergone several ‘peaks and troughs’ over the past decade, falling into the ‘negative’ in 2003 and in 2007-2012, although it was improving.

“Productivity growth points to a downward trend over time, and sharp negative swings in 1998, 2003, and 2009, which coincided with economic slowdown and rising unemployment,” the IMF working paper said.

“Growth slowed down significantly during most of the last decade, which coincided with a surge in the unemployment rate.”

In a nod to the recent Inter-American Development Bank (IDB) report that found 61 per cent of Bahamian college/university graduates found jobs abroad, the IMF paper said 63 per cent - almost two-thirds - of the Bahamian workforce were secondary school graduates that did not go on to the tertiary level. Tertiary education graduates comprise 25.5 per cent of the workforce.