Plagiarism 'was not intentional' 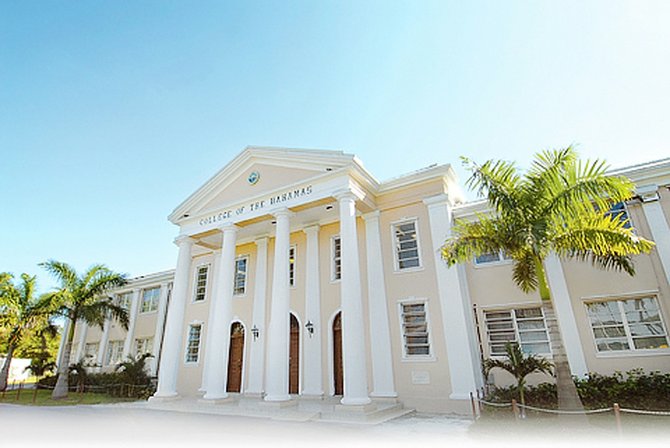 DR Rodney Smith yesterday said an incident that led to a plagiarism row in 2005 “was not an intentional omission” as he made his case to become the president of the College of the Bahamas.

In his much anticipated address to the college, Dr Smith addressed the mistake he made as then-president.

The final of four candidates vying to become the 10th president in 16 years told COB faculty, administrators, and students said he had not fully vetted the speech which sparked allegations of plagiarism in 2005.

He said the speech was prepared for him by a colleague and that “it was not an intentional omission on the part of the person who drafted the remarks”.

“They proceeded to contact the writer the very same day” he added.

“He (then President of New York University) sent a message indicating that he had viewed the document in question to be the property of the education community in general. And that he had given me carte blanche permission to use the document in whatever manner I wished.”

Dr Smith was invited by the College Council to meet the COB community - as had his rival candidates, Drs Phillip Carey, Gregory Carey and Olivia Saunders, who all addressed the college community about their plans for the institution.

Dr Smith, in his 2005 resignation letter, said “It is time to move on in an attempt to remove any further negative and damaging media frenzy from the doorsteps of this great institution by The Guardian, but more specifically The Tribune and The Bahama Journal and Mr Felix Bethel (COB lecturer).”

Admitting that he made “one mistake in the midst of many successes,” Dr Smith added: “Yet it was sufficient to signify my doom. Unwittingly, I neglected to give credit to where credit was due – the media showed no mercy and definitely is not prepared to forgive.”

When COB released a statement in January announcing the finalist of the presidential search, it acknowledged his former presidency, but made no mention of the plagiarism row, describing Dr Smith as the current vice president for administrative services, operations analysis and research at Hampton University, and noting his impressive academic career and fundraising successes.

Dr Gregory Carey is an assistant professor and director of student summer research and community outreach at the Centre for Vascular and Inflammatory Diseases at the University of Maryland.

Dr Phillip Carey is a full professor of Sociology and former Dean of the College of Arts and Sciences at North Carolina A&T State University.

Dr Olivia Saunders is a professor in the School of Business at the College of the Bahamas, former team leader of the University Transition Secretariat and former Dean of Business, Hospitality and Tourism Studies.

Yesterday, Dr Smith told the community that “as president, just as I have before, I will work to implement a system of shared collegiate governance and promote community knowledge of the institution while developing and implementing a robust and quality assurance initiative for continuous improvement and institutional effectiveness.”

So. You're an idiot?

I forgive, I forgive. All he has is an Ed. D. In the education area people just talk fluff. It is not like getting a PHD in nuclear physics or chemistry, where you have to discover something. Or even phylosophy, where you must achieve a very high level of sophistry.

When I hear EDds talk, they will say. " Dr. john smith says we must collaboratively include students differentiating them developmentally in a data driven environment". Who in the world is john smith?

When a PHD in physics talk we recognize a few of the names, Einstein, Sagan, Newton or Stephen Hawkings, even if all the same we do not understand what they are saying.

The only EDd that we recognize a quote from was Bill cosby, who was smart enough to leave academia.

In short: use my quote freely because there is no EDd worth quoting.

What they don't tell you is that he was asked to resign from Ramapo College before coming to COB. The faculty had a vote of 'No Confidence' in him. This can be verified by contacting the New Bergen Register- the reporter was Pat Alex.. I was up in New Jersey at the time....Someone else deserves a shot at this job.

NewJersey, you are absolutely correct! I was a student at Ramapo when Smith was Dean and was forced to resign. Also, the incident at COB wasn't the first time he has been accused of plagiarism. People need to investigate this man further, and anyone with such a track record should not be allowed to run COB.