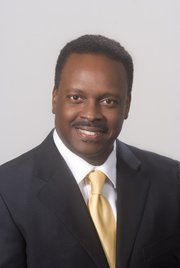 THE new Thomas A Robinson National Stadium, with its aqua colour lined in white on the chevron surface, is now fully certified, just in the nick of time for the hosting of the inaugural International Amateur Athletic Federation (IAAF) World Relays Bahamas this weekend.

The two-day meet, which will feature a Bahamian segment from 3:30-4:30pm before the actual competition starts at 5:30pm, will be held under the patronage of Kendal Nottage, the first minister of youth, sports and culture, who while in office coined the Bahamas “uno numero” for the success of the CARIFTA team.

Dr Daniel Johnson, the present Minister of Youth, Sports and Culture, revealed during the first of their daily press conferences today leading up to the May 24-25 global event that the IAAF has granted the Bahamas a Level One certification for the stadium, which had to undergo a resurfacing this year by Mondo.

The IAAF had originally given the Bahamas a Level II certification to host the CARIFTA Games after it was officially opened in 2011. The 3,500-seat arena was built by the People’s Republic of China as a gift to the Bahamian people.

However, the previous red surface had not met the full requirements by the IAAF and had to be redone.

“At the CARIFTA Games, we went through a little scrawling for the certification of the track,” Johnson said. “We got that done, but it was a class two. It was a concern to us because we wanted to be able to host the best of the best. If a world record is set, and we believe that some will be set this weekend, it has to be certified.

Although the certification has just been completed, Johnson said the Bahamas Government had contracted Mondo a year ago and they had already prepared the track by December. He said it was shipped after Christmas as the foundation was laid out. Once that was done, Johnson said the surface was then put down.

“You have very different levels of track. The quality is in the actual design, the kind of surface you lay and the integrity,” he said. “But a lot of other things come with it. When I say track, a lot of people think it is just the surface of that track. It’s all of the support features around it that give up the level one certification.

In addition to the three facilities, Johnson said all of the other amenities must be considered, including the bathrooms and medical booths, and the stadium has met all of the requirements for the certification.

IAAF Councilwoman Pauline Davis-Thompson, who was thrilled to know that the Bahamas was given the nod to host the relays, said the Local Organising Committee (LOC), which she called the “unsung heroes” for the role they have been doing, along with the Bahamas Government and the National Sports Authority, must be commended for getting the stadium ready.

“There are Bahamians who are working diligently, night and day, to make sure that this becomes the event that it needs to become,” she said. “I am so proud of them because many of them are sucking on air, but you know what, they keep sucking and they keep going.”

Lionel Haven, the managing director of the LOC, has indicated that in addition to the new surface, athletes and spectators alike will see a dramatic change from what was experienced a week ago when the “Test Run” was held for the High School Relays.

“We wanted this stadium to be the jewel of the Caribbean, something that can host international events and we wanted to have a team in place that could accommodate that and we’ve got things moving very well,” Haven said. “We’re looking forward to a very exciting event this Friday, Saturday and Sunday.”

Haven said they intend to give the public a “show” that they will never forget.

IAAF president Lamine Diack, who was here for the hosting of the CARIFTA Games in 2002, is expected to lead a delegation of executives from around the world. Diack is scheduled to arrive on Wednesday. However, secretary general Essar Gabiel and Councilman Robert Hersh are due in town today.

Teams will also get an opportunity to qualify for both the 4 x 100 and 4 x 400m for the IAAF World Championships next year in Beijing, China, and during the second World Relays in 2015, teams will get to qualify for the Olympic Games in 2016 in Rio de Janeiro, Brazil.