Teonya To Be Academic Scholar 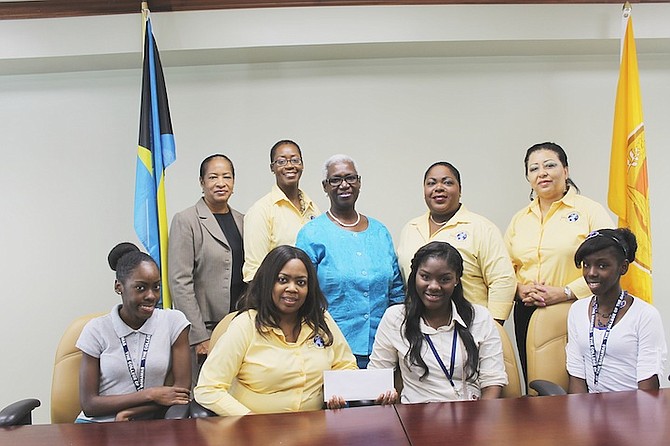 TEONYA Takahra Knowles, a graduate of St George’s High School, has become the latest recipient of an academic scholarship from the Grand Bahama Chapter of the International Federation of Women Lawyers (FIDA).

Miss Knowles, who obtained seven BGCSE passes at grade ‘C’ and above, this week received an award of $2,000 a year for two years of study at the College of The Bahamas (COB), where she will be pursuing an Associates of Arts Degree in Law and Criminal Justice. Her goal is to enter the field of Law.

The award is open to Bahamian citizens and Grand Bahama residents who are recent graduates from a high school on Grand Bahama island. They must have at least five BGCSEs at grade ‘C’ or above, including Mathematics and English, and a minimum Grade Point Average of 3.0 from high school.

FIDA is an international non-governmental organisation first organised in Mexico City in 1944 to promote the principles and aims of the United Nations in their legal and social aspects. Members and affiliates from 80 countries meet every second year in the country of the current president, in rotation among five areas of the world. Individual membership is open to male and female law graduates admitted to practice in their respective countries or eligible to be admitted.

FIDA New Providence was re-established as a chapter in March.