Refusal To Give Details Over Custody Death ‘Unprecedented’ 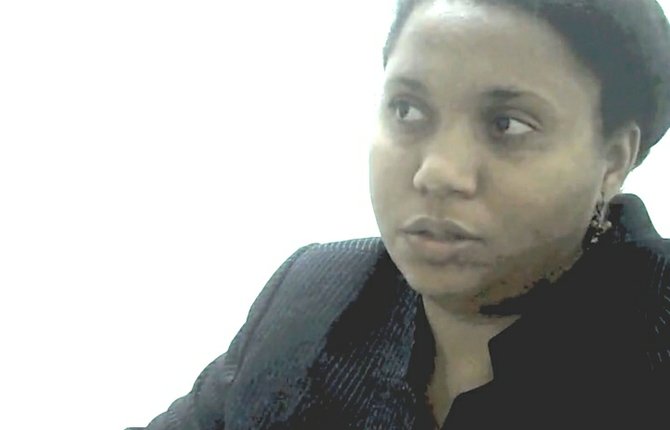 Ms Galanos told The Tribune that it was unprecedented for authorities not to release minor details in custody deaths.

She represented the families of Aaron Rolle and Jamie Smith who both died while police detained them. The deaths happened on February 8 and 9, 2013 respectively.

Shortly after their deaths, Ms Galanos said the identities of both men, the stations where they died and the reason for their arrests were released to the public.

Ms Galanos spoke at her law offices on Dowdeswell Street following calls from The Tribune to give her opinion on the matter.

“I definitely have concerns about this,” she said, “because for me the public should have a perception and an expectation that we are going to be safe in police custody.

“Where you have a man that has died in police custody and police officers along with the coroner and the authorities are failing to release the name and where this took place, it creates a sense of mistrust with the public. The public for the most part do not trust police officers.

“When people aren’t telling you something, you are automatically going to assume the worst. Particularly when you have recent cases to go against that happened in 2013.

“We don’t know why this ‘John Doe’ died or who he was. We know nothing, but given what happened with Aaron Rolle and Jaime Smith the natural inclination is to think that police brutality was involved.”

When asked to comment on the frequency of these cases, Ms Galanos said it could be attributed to several factors, key among them poor interrogation techniques.

“In instances where police brutality is involved, my personal opinion is that the police officers are under a lot of pressure to solve crimes, particularly murders because whenever someone gets killed there is high public reaction. I think many times the pressure is placed squarely on the Commissioner of Police (Ellison Greenslade) and so when they pick up these suspects I sometimes wonder if they take the attitude that they are going to get the information or try to get the information from these people by any means necessary.”

She also questioned if police officers are properly trained in interrogation techniques. “And also I don’t feel as though police understand if you beat a man to get a confession chances are very high that the confession will be excluded and if all you have is the confession the man will walk,” she said.

Police have reported that a man died while in custody on Saturday. However, they have refused to give any details on the matter, including the name of the man, which station he was held in, or why he was in police custody.

However, The Tribune has confirmed that he was held at the Wulff Road Station.

Police have directed all inquiries to Coroner Jeanine Weech Gomez. However, she has refused to comment.

Yesterday Mr Greenslade would only tell The Tribune “the file is in the purview of the coroner for an independent investigation.”

According to Ms Galanos, while there is nothing in law that prohibits the RBPF or the government from speaking to the matter the coroner can decline speaking to the media and refuse to release details.

On Monday, State National Security Minister Keith Bell defended the integrity of the RBPF saying international evaluations of the organisation found it to be transparent.

However, he would not give any details about the recent custody death. Mr Bell said he, nor anyone else, could speak on the matter because it was before the coroner.