YOUNG MAN'S VIEW: In the wake of Ottowa shooting, Nassau needs to toughen up 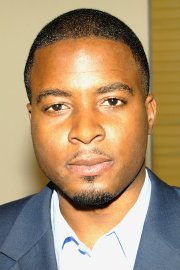 THE Bahamas’ Parliament is wholly unsecure and Parliamentarians are seemingly unprotected in the precincts of both the House of Assembly and the Senate.

In the wake of the gunman’s rampage at the Canadian Parliament in Ottawa—where Prime Minister Stephen Harper, much of Cabinet and throngs of legislators were present—we need to ensure that there is a heightened level of security at Parliament and an adequate level of security officers accompanying and protecting key government officials, whilst at the same time maintaining the sense of openness and easy accessibility to the public that local parliamentary sittings have always been known for. We must do so without any erosion of our civil liberties, rights or any inherent entitlement that Bahamians have traditionally had in terms of access to Parliament and access to our elected representatives.

The truth is, we are generally too lax with security and we seem to be of the mindset that “Bahamians ain’t like that, so no worries!”

We live in a much different time, where respect for authority is not what it once was and high occurrences of crime are a great national concern; we must be proactive and adjust our approach to the safety of our public officials, our children and Bahamians at large.

As I watch the news coverage about the attack on the Canadian Parliament, there seems to be a great focus—particularly by US media outlets—on blaming the Islamic community-at-large. Yes, it is unfortunate that a minority of Muslims and converts to Islam have given an entire religion of more than one billion adherents a frightening, depreciating perception in the eyes of many across the globe.

Let’s not forget Trinidad and Tobago (T&T)—a fellow member of CARICOM—where on the July 27, 1990 local insurgents known as Jamaat al Muslimeen staged an attempted coup d’etat, storming the seat of Parliament and taking the then Prime Minister ANR Robinson and most of his Cabinet hostage for six days. What’s more, the group also launched a simultaneous attack on Trinidad and Tobago Television which was the only television station in the country back then and, even more, also took charge of one of the country’s two radio stations at that time—that being the Trinidad Broadcasting Company. With control of the national airwaves, the group’s leader Imam Yasin Abu Bakr told the nation that they have overthrown the government and asked Trinidadians to maintain a sense of calm, though looting and chaos did eventually break-out in the streets of that nation’s capital and, according to a Trinidadian who lived there then, in other parts of that country.

Though an amnesty agreement was arrived at—and upheld by the Court of Appeal—to ensure the group’s surrender and the release of the hostages, such an occurrence—in this day and time—is unfortunately a real possibility in our beloved country. Though the Judicial Committee of the Privy Council declared the amnesty agreement invalid, the group that carried out the assault of the Trinidadian parliament was never rearrested (perhaps to avoid further tensions arising).

Tourism is our number one industry, so one could imagine how it would hamper our economy if such a tragic incident were to happen, and airlines—much like British Airways and American Airlines did during the Trinidadian crisis—and cruise lines temporarily discontinued their daily flights/cruises to our shores.

During the T&T affair, the prime minister was beaten and shot; martial law was imposed; millions of dollars in property loss was cited in the aftermath, and 24 people died, including Leo Des Vignes, the then MP for Diego Martin Central. Worst of all, it has been said—even by a former Cabinet Minister—that the then prime minister of T&T had been forewarned of an impending attack and did not cancel or postpone the parliamentary sitting.

When one looks at our Parliament, I wonder if we have done a comprehensive risk threat and vulnerability assessment. Do we have contingencies in place in the event of a deranged person or group of people brazenly attacking such a building/session? Do we even engage in proactive security planning?

In 1998, there was a shooting at the United States Capitol Building which resulted in the deaths of two police officers assigned to protect that building and dignitaries within it. Though no government official was killed, it resulted in a much heightened approach to protecting such buildings and the people’s representatives that occupy them. Here again, the culprit—Russell Weston—was deemed to suffer from the mental disorder paranoid schizophrenia and is currently confined to a mental institution.

I have read of the assassination of Olof Palme, the Swedish prime minister, who was killed on the streets of Stockholm in 1986.

According to a BBC report:

“(Mr Palme) believed in open government and shunned tight security. He had two bodyguards to protect him on official functions but frequently walked unattended through the Swedish capital and went on holidays unescorted to his summer cottage on the island of Gotland. His assassination will come as a shock to the Swedes. They have always taken great pride in the fact their prime minister could walk openly in the streets without the security which accompanies other heads of state.”

Palme had gone to the cinema with his wife, his son and his son’s spouse, and believed in an ordinary existence, thereby dismissing his security detail on the night of his murder. His wife was also shot.

Just recently, the European Parliament suffered a cyber-attack by a hacker and had to shut down its public wireless network (wi-fi) since the network was unsecured. Whilst the Parliament’s internal connect was fine, this security breach led to persons using the public wi-fi around the Parliament having their e-mail accounts hacked.

The shooting incident in Canada should resonate throughout our archipelago and certainly in the minds of law enforcement officials. I have two Canadian friends who have both told me that they could see such an incident happening across the border (the US), but never thought it would reach their doorsteps. This is a wake up call for us!

Some Bahamians continue to believe that we live in that idyllic place that once was the Bahamas. However, those days are gone, and quite honestly, have been so for the last 40 or so years.

Just a few days ago, there was another breach – among other recent breaches – on the White House in Washington, DC. Of course, Secret Service officials quickly dispatched two attack dogs who subdued the culprit long before he got to the White House.

As Bahamians, when we think about protecting local officials, we often make it personal or perhaps allow our petty jealousies or dislike of a certain person cloud our judgment. It has nothing to do with the person, it is about security for the symbol of the seat of power.

Can you imagine a few disturbed individuals taking over ZNS, barricading themselves in and broadcasting all kinds of propaganda? What is the security level like at the station that continues to have the greatest reach within our archipelago?

We know that the Commissioner of Police and the Commodore of the Defence Force have bodyguards, but could greater security measures be put in place to protect these individuals as well?

When one looks at the Princess Margaret Hospital, whilst there are dogs with handlers, metal detectors and security guards milling about, many times the checks are merely perfunctory.

Why are the windows around the hospital so widely opened and unsecured, so much so that one could throw a weapon into a ward or pass it to another person through the window?

Why do we only act when someone has been injured or killed? Are we foolish enough to be banking on such breaches not happening here?

Because it is so unsecured, can you imagine—much like the Canadian incident—some unhinged coward/s taking an Uzi into Rawson Square?

Parliamentary security is minimal and inconsistent. Frankly, we only see officers in khaki when the Cabinet is crossing the road or sitting within the precincts of the House!

Frankly, we need to look at the extent to which the US government has gone to ensure a failsafe programme that protects the seat of power. It is clear that only on rare occasions are certain people allowed to be in the same area at the same time. This principle, at a different scale, should and could be applied in the Bahamas. It is this separation of power and authority that has—even though there has been a number of assassinations—allowed for the seamless transition in government in the United States from time immemorial. They have not been without their fair share of faults and missteps but they certainly take security protocols seriously!

So, when will we?

One would posit that security of our parliament and key officials should be handled by a combined unit of police and defence force officers that could eventually branch out and become another arm of law enforcement with similar tasks as the secret service. At this point, we could consider erecting a security fence around the Parliament, magnetometers and armed police and possibly defence force officers on the perimeter, enhanced perimeter patrols and well-organized response capabilities.

There are two shacks, owned by the same family I believe, that need to moved from Rawson Square and near the traffic-light near Government House. Talk about a security risk! Only slackness could allow them to be near such high-security areas! We were in Rawson Square when Prince Harry visited a few years back. The shack there was closed and everyone was nervously commenting about the fear of someone jumping out of it and shooting up the area. The owner, always wearing black, had to get permission from a khaki-wearing police officer to go in and get more bottles of water to sell.

Maybe a shooting will wake up these dumb a** politicians here in Bahamas....plus clear out some worthless life forms that say they are for the "people"....but then again, Bahamians are scarred of confrontation anyway so mute point...