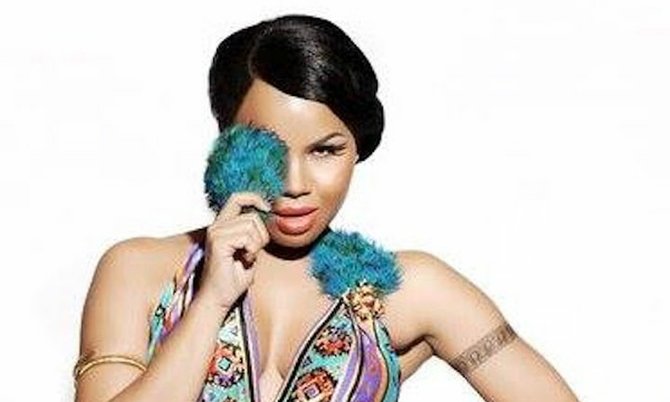 CARIBBEAN dancehall star Ce’Cile is no stranger to the Bahamas. From Nassau and Grand Bahama to the Family Islands like Bimini, Eleuthera and Abaco, the singer has brought her hit songs like “Hot Like We”, “When You’re Gone”, “Give It To Me” and “I’m Waiting” to Bahamian audiences over the years.

With her new album, “Still Running”, on the rise, Ce’Cile spoke in a one-on-one exclusive interview with In Ya Ear about her work.

The first single from the album, “Turn It Up”, produced by Vinny Venditto, was recently released and is getting positive feedback all over the world.

“Vinny Venditto is a really good producer who has done work for Eminem, Nicki Minaj, Rick Ross and more. He did two tracks for my album, the other one called ‘Do You Know’. He has done a really great job and I loved working with him. The album is really a deeper album than I have done before; you will hear the kind of things that I have got to do finally on this album. It is a more rounded and it not only showcases my vocal range and everything that I don’t get to do on a dancehall riddim, it showcases my rising skills. This album is for all territories, everywhere my fans are,” she said.

Being a mother to a daughter now, Ce’Cile said her new lyrics have a different feeling to them.

“I want to let her have something that she can hold on to, and not just party music,” the singer said.

Ce’Cile said she is the kind of artist that has always toured and that is something she is most known for.

“Reggae and dancehall music is not very mainstream so you won’t probably hear us on the huge stations in America, but we have a huge following all over the world. From back in the day we have always developed a following and we to; so I have been one of the kind of artists that has been given opportunities to tour and go where my fans are. For me my biggest fan base has been in Europe, and more recently in Africa and then the Caribbean. I work and live in Jamaica and every two to three years I put out an album to support my touring,” she said.

The new album, Ce’Cile said, is a celebration of her success of being in the business for all these years and still being current, writing and rocking her fans all around the globe.

Ce’Cile has several songs that have been very successful internationally, but she said songs like “Can You Do Di Work” featuring Sean Paul and “Hot Like We” are her best known efforts. She feels “Turn It up” will do the same.

“I have had songs that were well received in certain areas, but not all areas. I think ‘Turn It Up’ is one of the songs that will gain me new fans as well. It is a cross between dancehall and being understood by everybody, because sometimes the hardcore things that we do, just typical dancehall lovers can relate to it,” she said.

Ce’Cile’s team is currently working on the video for the new single, putting on a contest via social media where dancers and dance crews can come up with a dance that they think would best fit the song. The winner will be featured in the music video. “So far my fans love the record and they are super excited for the album. You still want to make sure that your base market loves it, and I think that my Caribbean people feel the upgrade and the reinvention in where I am going with it. I think a lot of people are going to generate to the vibe and Ce’Cile,” the singer said.

For the remainder of the year, she plans to concentrate on a North American tour, a place she has not toured in a long time. “We think it is about time we go back. I want to do my own thing and build the kind of career brand that I wanted to build, because a lot of time in the States I do the clubs, but I am a festival kind of girl. I have my nine-piece band and I do festivals. I am able to express myself more,” said Ce’Cile. She encourages Bahamian artists to never stop working and to keep pursuing their dreams.

“I have done a few collabs with Bahamian artists and there is a lot of talent there. Your big break is always around the corner. If music is what you love, it is what you will be doing anyway, so be smart about it and continue to do what you love. Big up to all of the fans that I have in the Bahamas because I have a few die-hard fans there,” said Ce’Cile.