Commission Urges Referendum To Be Held By June At The Latest 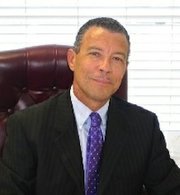 THE Constitutional Commission has recommended that the gender equality referendum be held at the end of April or at the latest in June, according to Chairman Sean McWeeney.

Mr McWeeney said the commission believes that timeframe will give the government an opportunity to “correct any misinformation” that may be floating around in the public.

“We recommended (holding the vote) between the end of April and June to get Easter out of the way. You know a lot of churches hold that week sacred and it is an important tradition,” he told The Tribune yesterday.

“It will also give the government time to deal with the misinformation that went along with the last campaign. The talk is beginning to die down now but who is to say it will not flare up again, it all depends on who is beating the drum. I suspect by that time, people will refocus their attention.

“But in the meantime the campaign is continuing and everyday the commission is somewhere doing something and making presentations.”

We are starting in the Family Islands this weekend and we will not slacken up, in fact we have increased the rate of meetings. It is not up to the government and the opposition to do their own things because we are not campaigning for or against, we are only presenting information.”

Last week , Dr Bernard Nottage said following consultations with the government, the opposition, the religious community and various sectors of civil society, the commission recommended to the government that a longer period of time be allowed for public education and national dialogue before a referendum is held.

As a result, Dr Nottage said, the government agreed to hold the constitutional referendum in 2015 at a date that will be determined “following consultations with the opposition, the parliamentary commissioner and the Constitutional Commission.”

Dr Nottage is the minister responsible for elections and referenda.

Several observers have said it is better to hold the vote early next year, to ensure that the public is properly educated and to clear up ambiguity and misconception about certain bills.

Last month, Montagu MP Richard Lightbourn urged the government to delay the vote with a view to ensuring the “flawed” process is corrected.

The four Constitutional Amendment Bills were debated in the House of Assembly but are still in the committee stage.

It is unclear when they will be passed.

ONE: Unless the process can remain non-political and everyone is on board (political, social, religious, media) to support the vote it will have a hard time getting passed. TWO: Unless government can regain the voters trust and ensure them that question 4 is not a trick question (to open the door for same sex marriage) that part of the referendum surely will not pas. Many Bahamian women would rather forgo the rights they stand to gain from voting for question for than to be held responsible for opening the door to gay marriage in the Bahamas. Many men feel the same way and so it will be a tough one to sell. Then you still have that segment of Bahamian women who enjoy the control they have when married to a foreign man and his future in the Bahamas depends on the success of the marriage to her.

Same-sex marriage is currently not allowed because of the Marital Causes Act. If the government wanted to introduce same-sex marriage, all they would need to do is change that ordinary act in parliament. No constitutional amendment needed. No referendum needed.

If anyone believes that this is their secret agenda, think again. Why go through the hassle of a referendum, if you can do it without one?

Which is precisely why we need a constitutional amendment that clearly and unequivocally defines a marriage as being between a man and a woman to the exclusion of any other combination whether it be a man and a man, a woman and a woman, a man and some other animal, or a woman and some other animal. 90+ percent of the eligible voters in the Bahamas are screaming for a clear cut constitutional amendment to this effect, but cunning conniving Sean McWeeney and the PLP government will not add a question to address this specific matter to the proposed constitutional referendum because they are pandering to the few but very vocal gay rights activists both in the Bahamas and abroad.

Why go through a referendum? So the politicians can point a finger back at the people and say, "This is what you voted for. This avoids them having to bring their own sexuality into question by voting on a bill for same sex marriage.