Authorities Refuse To Release Any Details Of Death 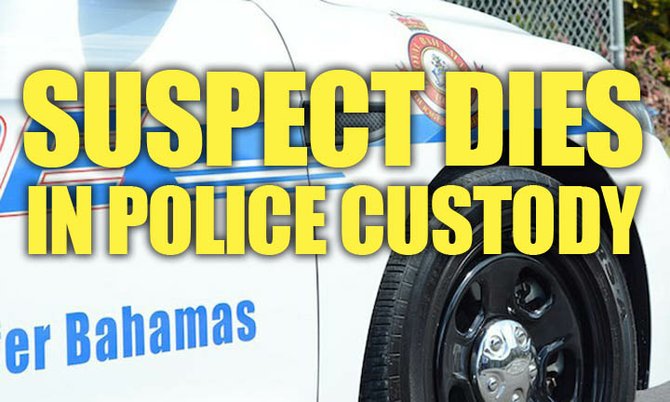 AUTHORITIES yesterday refused to release any details regarding the circumstances surrounding the death of a man while in police custody on Saturday.

Despite several attempts to get information on the man’s death, both police spokesman Superintendent Stephen Dean and Central Detective Unit chief Superintendant Paul Rolle directed The Tribune to a brief press statement which was released on Saturday.

The statement said all inquires should be sent to the coroner who is spearheading the investigation.

“Her Majesty’s Coroner, Mrs Jeanine Weech-Gomez,” the statement said, “is currently investigating the death of an adult male suspect that died in police custody on Saturday, September 27.

“His identification is being withheld pending notification of next of kin. All inquiries are to be directed to Mrs Jeanine Weech-Gomez at Royal Victoria Gardens.”

Several calls were made to police Commissioner Ellison Greenslade, however attempts to reach him were unsuccessful.

When asked why the man was in police custody and where he was being held, Superintendent Dean said he was not briefed on that information.

He said the statement issued to the press came directly from Mrs Weech-Gomez.

He said: “Just what you see there in the crime report, is all that was handed over to me. The coroner took full charge on this and that is all the details that she gave.”

However, Superintendent Rolle said he could not give further details because he could not speak after the commissioner. Mr Rolle said it was Commissioner Greenslade who drafted the police report and he would be the only one to speak on it.

The incident comes more than a year and a half after two suspects – Aaron Rolle and Jamie Smith – both died in one weekend while they were detained by police. The deaths happened on February 8 and 9, 2013 and sparked a wave of public outrage.

On May 7, 2013, a jury in the Coroner’s Court consisting of four women and one man concluded that force used against Rolle by police while in custody was unjustifiable. Rolle, 20, died at the Southern Police Station just hours after he was taken into custody for questioning related to armed robbery and escape.

A pathology report found that Rolle died from haemorrhaging and a ruptured intestine, caused by blunt force trauma to the chest.

Attorney General Allyson Maynard-Gibson told The Tribune in May that she ordered a full progress report from Department of Public Prosecutions over the unlawful killing of Rolle, but it is unclear if any charges will be filed.

In July, The Tribune was told that an appeal was planned in the matter on the grounds that Mrs Weech-Gomez overstepped her judicial authority during her direction to the jury.

At the close of the inquest into Rolle’s death, Mrs Weech-Gomez recommended the file be reviewed to determine whether action should be taken against the officers and also forwarded to the commissioner of police to conduct disciplinary proceedings against the men.

She also suggested that cameras be installed in every police station at the entrance to cell blocks and mandatory videotaping of suspects.

She also recommended that the recordings monitored by a separate department at police headquarters or elsewhere; and for police officers to receive training in the proper restraining of suspects at least every two to three years.

An inquest was held into the death of Smith, 35 and a pathologist’s report concluded that he died of asphyxia, an excess of carbon dioxide caused by abnormal breathing. He died at the Central Detective Unit within two hours of his arrest on suspicion of armed robbery.

Last September, a Coroner’s Court jury found Smith’s death at the hands of police to be a lawful killing.

What will the excuse be this time? Fire the Greenslade but oh, they don't do that in this country. No Accountability is the law of the land.

Don't you mean no accountability for anyone involved in any goverment division? Do as you like and get a raise and big retirement too.

It is no secret that SUSPECTS are routinely beaten in custody - How many have to die before we stop!!! Murder in custody is still murder!!

How many more people must die at the hands of the police before action is taken to stop this.Beating someone to death does not solved the problem or crime.Don't know what happen here but it is common knowledge in the Bahamas suspects are beaten and human rights violated while in police custody.What ever happen to due process and innocent until proven guilty.What a disgrace of an organization.

Da Bell say "is either us or dem".