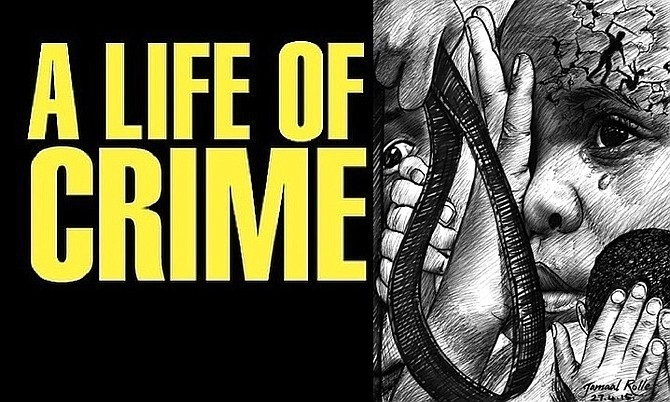 DR Mike Neville is a forensic psychiatrist who has spent 40 years – mostly in the Bahamas – working in the hospitals, courts and prisons at close quarters with offenders. The father of a recently murdered son, he is bringing his experience and expertise to bear in a series in The Tribune designed to inform an evidence-based national debate on how to solve the rising levels of crime here.

MANY of our emotions can lead to violence if we have not learnt some sort of coping mechanism so it is important to look at what is actually being taught in the Bahamas.

I have written about how difficult it is to navigate the trials and tribulations of adolescence, but how about trying your luck as a parent? Isn’t it amazing that no one bothers to tell you how difficult it is! Parenting is not easy, but it is a crucial role in the development of society and yet everyone just assumes that we all know how to do it. There are no classes at school or college and often only minimal advice from health services and our churches.

So where to look?

Our mothers and friends maybe, or perhaps we can look to the “good book”. There are certainly some oft-quoted texts in the Bible, particularly Proverbs: “He that spareth the rod hateth his son.”

This is perhaps one of the most quoted scripture and one that I really struggle with. The need to inflict physical pain to demonstrate love goes against all my natural instincts. I can also find no passage or image depicting Jesus with a rod beating children; in fact Jesus seems to have favoured nurturing and respecting children and developing internal moral values.

Where else to look? Who do we all respect?

It remains difficult to push aside Proverbs, but even though the fundamentalist belief is that the Old Testament is absolute, there are now other recommendations that we must look at very seriously.

What does clinical research show that works in bringing up children and what does not?

There are many studies that have shown that corporal punishment is associated with increases in violence during later life, including violence against spouses and their own children; it is also associated with approval of violence. It seems to work against the ethical development of children as it teaches violence as an appropriate response to problem-solving and restricts opportunities to learn non-violent methods of conflict resolution.

The problem is that it does work as a temporary solution and so the use of fear and pain can be tempting; even Pope Francis joined the debate recently, stating that it was all right to smack a child as long as their dignity was maintained. There was a great deal of objection from child abuse experts and it has been argued that his comments were taken out of context and he was not actually supporting corporal punishment.

The research is clear: it creates immediate compliance but only teaches children to behave out of fear and they do not develop understanding or a moral compass to steer them through life. There are simply better ways to teach discipline that have lasting effects.

I am often told that it is a cultural issue that I and other Europeans could not understand. Maybe that is so, but there is an increasing body of research that suggests otherwise. In Tanzania, where corporal punishment is still legal at home and in schools, it is used frequently. The research states that the use of physical punishment may be reinforced by the belief of many parents that their children intentionally misbehave and need to learn to respect the parents’ authority to avoid long term behavioural problems.

There are conservative religious and sociopolitical beliefs that sound similar to views in the Bahamas. The problem is that the research has demonstrated that corporal punishment is not linked with positive outcomes: in fact the research showed that, just as the results in European countries, it is linked to increased childhood aggression, increases in child delinquent and anti-social behaviour along with criminal and anti-social behaviour in adulthood.

The researchers conclude that the commonly-held assumption that corporal punishment does no or less harm in countries or groups where it is the norm rather than the exception. They also feel the need to warn and inform caregivers, governmental organisations and the population at large of the damaging effects of corporal punishment.

“Violence begets violence” was a phrase often used by Dr King and the exposure to violence growing up in the Bahamas can be extreme. What effect will it have on your development if you see your parents fighting, what does it teach you?

Perhaps you will learn that this is the coping strategy for when things are difficult. It is teaching that violence is an appropriate response, that it is acceptable for powerful people to be violent towards the weak and that conflict should be resolved by violence.

At the moment the road to success, money and power is not open to all. This leads many young men and women to look for shortcuts to reach this much desired pinnacle, without the hard work, patience and abilities required. It sadly can be achieved by aggression and violence; the same fear and power they learned as children can be easily replaced with knives or guns as they also achieve temporary compliance – or if the person is not suitably afraid, they just kill them to scare others.

The rising inequality within society is creating more and more vulnerable groups within the Bahamas and the whole Caribbean and the only solution so far seems to be that society needs to be more violent than the criminals.

It may well be that we have a significant group of young men and women which will not respond to any initiatives that we may devise; they must be arrested, charged, convicted and locked away for an extremely long time.

The research, however, now can help us reduce the risks of violence in the future. There seems to be a lack of non-violent parental and caregiving skills, excessive demands due to large families with little outside assistance and helplessness due to unemployment and poverty. Could parents and teachers benefit from learning improved non-violent disciplinary and parenting skills and is it possible to create such a large cultural shift?

There will never be peace in the Bahamas as long as we continue to teach children that violence is the only way to solve conflicts. The lesson that they have learnt is not the one intended and this violence is now haunting the nation.

Excellent Article! But will we listen?

It seems that we don't put much stock in research and empiricle evidence in this country. Instead, people anecdotal wisdom, like "it didn't kill me" or "look at me, I turned out ok", never thinking that they are exceptions.

We need to teach parenting skills in primary and high schools, in addition to proper sex education and family planning.

Definitely enlightening, I never liked corporal punishment as a kid, so l never did it with my own. Nothing good comes from beating kids, especial when taking away privileges works just as good. Religious indoctrination prevents openmindedness to many in our culture especially when combined with low education & poverty. There are many factors in dealing with crime. 1St population control both with illegal immigration & unplanned births. Then the question of dealing with 2 generations of poorly socialized individuals and those 25 & below males that are especially dangerous both because economic and socialization factors. I have come to the belief that a combination life time incarceration for the worse, economic & educational opportunities for others, & focusing on a new generation is our best option out of this mess.

I was beaten as punishment as a child. I used to regard it as an unfair process. Oftentimes I was punished for being in the company of my peers when they did something wrong. My contention is that corporal punishment drives an invisible impediment to an authentic, open, mutually respectful relationship with one's parents. I would not physically punish any children of mine based on my experience as a child.

I think that you are spot on when you say that violence is a way for success, money and power if you have no other tools for achieving it. Persons of that ilk also lack the cognitive tools to rationally reject violence and crime as a viable life choice.

A young relative once brought home another young man who was unemployed, owned a gun (he said it was for protection), had dubious sources of income, filled his days in the environs of Balls Alley doing God knows what and was a high school dropout. The young lad could not even envision his life at age 35 or beyond, and he said that he would probably be dead by then anyway.

I can't imagine a life where hope is extinguished like that without any possibility of temporal salvation in this society, and yet these are the dark thoughts that these young men carry every minute of their waking existence. It invokes the immortal words of Alan Paton ~ "Cry The Beloved Country".

The above is link-posting spam.