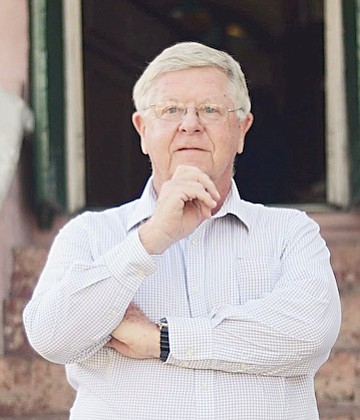 MENTAL HEALTH OF THE NATION: To sleep, perchance to dream of a world with less stress

“Happiness is not the absence of problems, it is the ability to deal with them.” THOSE of us that can sleep, wake up each day to some really beautiful mornings, they are truly blessed; it is still cool that early, the birds are singing and the wor

MENTAL HEALTH OF THE NATION: Shaking off the stigma of suicide

“ Suicide doesn’t kill people, sadness kills people.” THE darkness begins as ripples which gradually build to become regular waves; I can still push back a little. Then it builds up to a full tsunami and I begin to welcome the darkness and will do

MENTAL HEALTH OF THE NATION: Domestic violence in The Bahamas

“Sticks and stones may break my bones, but words will make me go in a corner and cry by myself for hours.”

MENTAL HEALTH OF THE NATION: Our evolving understanding of issues of gender

“Gender equality is not a woman’s issue, it is a human issue, it affects us all.” – Unknown.“WHAT gender am I?” Most of us have not had to ask this question, but many have. The simplistic answer that there are two sexes and that is it, no longer sits

MENTAL HEALTH OF THE NATION: Focusing on children's mental health

“Your child’s mental health is more important than their grades.” THIS is not the area of my greatest expertise, but one could argue that this subspeciality is the most important in the Bahamas today. The ever-growing young population, the failure

MENTAL HEALTH OF THE NATION: Dealing with dementia

“If you find yourself dealing with a relative with dementia, chances are you will need help,” Phyllis Logan.

MENTAL HEALTH OF THE NATION: The dangers of addiction to gambling

“Gambling: The sure way to get nothing for something,” Wilson Mizner. IN the wake of widespread acceptance of legal gambling in The Bahamas many of you may be surprised that it is also viewed as a potential addiction by psychiatrists.

MENTAL HEALTH OF THE NATION: Casualties in the war on drugs

“Before you can break out of prison you must realise that you are locked up,” – Unknown. The great war on drugs! Wars cause untold devastation, death, disability both physical and mental and some people profit enormously. Drug wars are the same, dea

MENTAL HEALTH OF THE NATION: Alcoholism - a disease that can destroy lives

ALCOHOL has been with us for a long time, with such beverages apparently very popular in Greece about 2,000 BC. It is a drug that has become part of our culture so we need to learn to live with it rather than hope it will vanish; past attempts like

MENTAL HEALTH OF THE NATION: Clearing up the myths regarding schizophrenia

THIS brain disease can be devastating for both the patient and their families. It is very common affecting over one per cent of the world’s population. This is not as common as anxiety or depression but because of the difficulties in managing the il

THERE is great concern that in the Arctic, polar bears are becoming an endangered species. I wish the same were true of bipolar disorder, but far from vanishing it is either increasing or the recognition of the illness is improving as we become more

Mental Health of the Nation: How chemical imbalances in the brain cause depression

A terrible name for a terrible illness.

WE all feel nervous or frightened from time-to-time - exams and sports are the kind of school experiences that we remember with mixed emotions. They are normal and can spur us to greater success.

“I ain’t crazy” Most of us are not crazy, but before I grant a general absolution, many of us have symptoms of mental illness despite not being “crazy”.

What makes you who and what you are? Where did your personality come from?

Mental health of the nation: Madness and the minds of leaders

Imagine one morning you arrive at work to find that your boss has gone completely mad.

Mental health of the nation: The cycle of hate

The stunning beauty of the sparkling sands and the turquoise waters attracts millions of visitors to these shores.

MENTAL HEALTH OF THE NATION: Love is all you need

THE Bible has been around longer than The Beatles and the concept of love perhaps even longer, but somehow there is agreement on the importance of love.

Mental illness and the health of The Bahamas

“Lunatic, bad head, crazy, they need to be locked up.”

LIFE OF CRIME: From the cradle to the grave - a call for action

THE Life of Crime series has traced issues that impact on our crime rate from the cradle to the grave; now we have reached the “burial” of the series and it is time for a few reflections.

LIFE OF CRIME: Making the punishment fit the crime

THE concept of punishment is part of our very selves. It presents a perverse persuasiveness, fooling us that it is the solution to all of society’s ills.

IMAGINE if it were you sitting in the witness box, under oath and asked this question: is the criminal justice system working in The Bahamas?

A LIFE OF CRIME: Securing a conviction

THERE were not many suspects when the apple was picked in the Garden of Eden - it was evident who took it - but, over time, crime solving has become anything but simple.

LIFE OF CRIME: Serial killers - Is a new breed of assassins lurking on the streets of the Bahamas?

A SERIAL killer holds a worldwide fascination, nicknames like “The Ripper” have entered cultural folklore and they have made many fictional writers famous.

LIFE OF CRIME: Paedophilia and the need to protect children

Paedophilia. The dark, dark secret. A terrible taboo. Surely this does not exist in the Bahamas?

OVER the years I have received more abuse for giving evidence to the courts about the existence of mental illness in someone who has killed another person than all of the rest of my involvement in forensic psychiatry.

A LIFE OF CRIME: Domestic violence

THIS problem of domestic violence sends off alarm bells around the world.

MANY of our emotions can lead to violence if we have not learnt some sort of coping mechanism so it is important to look at what is actually being taught in the Bahamas.

A LIFE OF CRIME - Jealousy and envy: The terrible twin forces destroying relationships

JEALOUSY and envy – two emotions that could be described as the toxic renewable energy that fuels much of the negative behaviour that is both running and ruining the Bahamas.

A LIFE OF CRIME: A chance to rise from the tomb of crime

RECENT posts by contributors to A Life of Crime are overwhelmingly asking for something to be done. “Enough talk!” they write.

The family structure is universally blamed for much of the mayhem. So when and how did it fall apart in the Bahamas?

A LIFE OF CRIME: Why do we kill?

IN THE midst of a major series examining the scourge of serious and violent crime in the Bahamas and how to solve it, Dr Mike Neville, a respected forensic psychiatrist, lost his son to the gun of a murderer. On the night of February 27, Sean Neville, 31, a father of a six-year-old daughter, was shot dead yards from the family home.

A LIFE OF CRIME: Cries from a victim

MERE words cannot describe the agony that I have felt over the past few weeks. The loss of my son, Sean, has been unbearable.

A LIFE OF CRIME: The wonders and challenges of adolescence

Adolescence is like a new set of clothes: your body is you, it is as perfect as it can be, but with the onset of self-awareness there comes an awkwardness, feelings of uncertainty and self-consciousness.

A LIFE OF CRIME: Lost innocence - The age of reason and sexual awareness

A LIFE OF CRIME: The primary school years

The good old days. How often I hear that, this great yearning to go back in time.

A LIFE OF CRIME: The first five years

Crime: What on earth is it?