Danny Weakens To A Tropical Storm 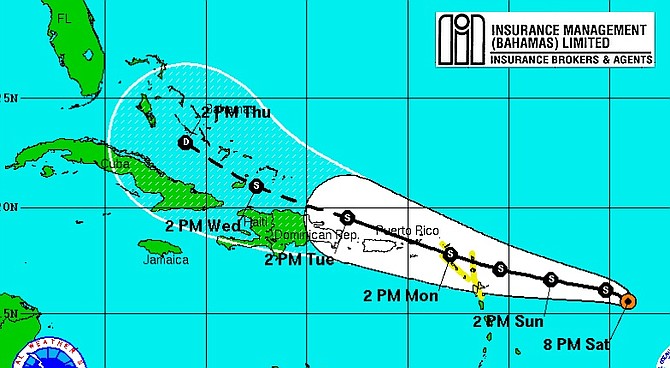 DANNY, the first Atlantic hurricane of the season, has now weakened to a tropical storm.

Tropical Storm Danny's maximum sustained winds were estimated to have dropped to 65mph at 8pm on Saturday, as it headed towards the Caribbean.

"The storm is expected to keep weakening for the next five days. By Thursday it is expected to be a depression," said Dan Gregoria, a National Weather Service meteorologist. The storm is predicted to soften a bit before hitting the Leeward Islands, he said.

A weakened Danny should bring welcome rainfall to drought-stricken Puerto Rico and the Virgin Islands.

Danny peaked as a Category 3 hurricane with maximum sustained winds up to 115mph on Friday afternoon.