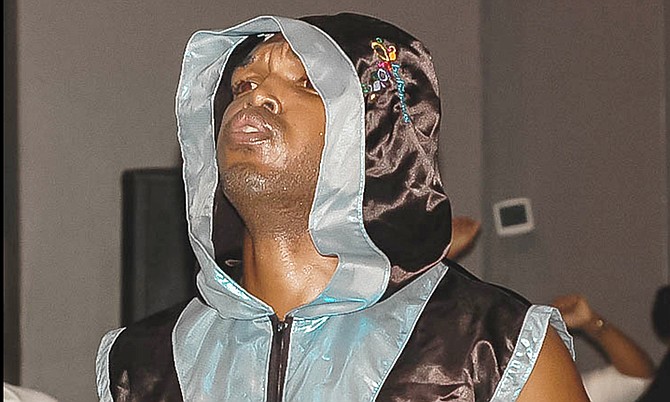 PROFESSIONAL Bahamian boxer Tureano Johnson has made his intentions clear to anyone who is willing to listen - he wants to challenge Gennady “Triple G” Golovkin for the right to the top spot in the middleweight division.

His vocal nature has drawn the ire of several boxing pundits and made him a target on social media, but Johnson said it has not deterred him on his chase for a major title fight.

Fans have told Johnson how he has no chance to win any title that Golovkin holds and Johnson goes as far to even retweet these comments to his own page.

One fan said: “If Curtis knocked you out imagine what GGG would do!? Just fight more bums and make some $ man! Take the GGG fight in 2025!”

“There is no comment that is negative to me. I have a no-block policy,” Johnson told RingTV.com.

And he uses the comments of the naysayers as motivation.

“I believe out of all the fighters that Golovkin has faced, they have quit too early. I’m one who’s not going to quit,” Johnson said to RingTV. “I know one thing for certain - that I possess one thing that most fighters don’t, and that’s a heart. I grew up with heart and will to win, regardless if I’m fighting for 12 rounds. I can be down up until the last 30 seconds of the 12th round but I know inside of me I got that will to win the fight.”

His petitions for the fight may have gained some traction. Golovkin’s trainer, Abel Sanchez, told Fighthub TV that he would like for the current, unified WBA (Super), IBF, WBC (interim) and IBO middleweight champion to return to the ring as soon as February, and Johnson would be the likely opponent.

“I would love for him to fight some time in February. “I thought he [Johnson] fought a great fight against O’Kane. Of course he’s rated really high in the organisation. We’d love to fight him. If they could put it together, then this could be our next fight.” Sanchez said.

In October, Johnson scored a win via unanimous decision over Eamonn O’Kane of Ireland in the IBF middleweight eliminator in Madison Square Garden, New York City. He improved to 19-1 (13 KOs).

Immediately following that bout, his attention shifted to Golovkin. “When that opportunity comes, you won’t be disappointed. I will definitely bring it and give all I can. I ain’t just going to fight Triple G for fighting’s sake. I’m going to beat Triple G. That’s what my gameplan is. I hope you all enjoy it. We’re going to make that happen. I definitely see a lot of things I can capitalise on when I watched David Lemieux and Triple G.”

Since his controversial loss to Curtis Stevens in April 2014, Johnson (19-1 with 13 KOs) has won five consecutive fights.

Golovkin, considered by most to be boxing’s fastest rising star, is 34-0 with 31 KOs.