Cubans Detained After Being Found By Rbdf 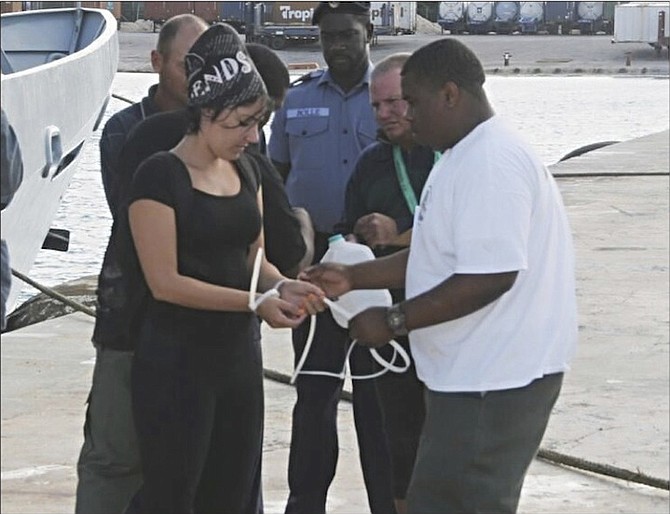 Cuban migrants in custody after being found at Anguilla Cay.

EIGHT Cuban migrants discovered at Anguilla Cay in the Cay Sal Bank were picked up by Royal Bahamas Defence Force officers and brought to Freeport on Tuesday.

According to immigration officials, a US Coast Guard aircraft spotted the migrants around 10am on Monday and alerted the RBDF vessel Sir Durward Knowles which was in the area at the time.

The group of five men and three women was taken into custody by the RBDF and transferred to Lucayan Harbour where they were turned over to Freeport immigration officials on Tuesday.

The migrants told authorities that they had left Cuba a few days ago on a rustic vessel and were headed to the US.

The vessel was later destroyed by US Coast Guard officials.

The group was taken to the Department of Immigration and processed. They will then be taken to the Detention Centre in New Providence to await repatriation.