A Life Of Crime: Lost Innocence - The Age Of Reason And Sexual Awareness 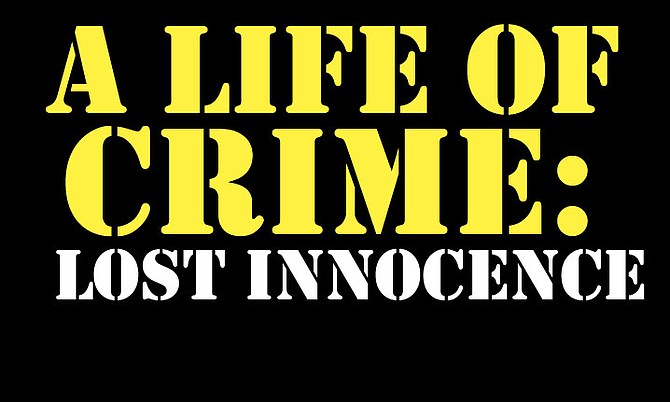 DR Mike Neville is a forensic psychiatrist who has spent 40 years - the majority in The Bahamas - working in the hospitals, courts and prisons at close quarters with offenders. He is bringing his experience and expertise to bear in a major new series in The Tribune designed to inform an evidence-based national debate on how to solve the rising levels of crime. Week by week, Dr Neville is examining the causes, effects and potential remedies of crime, from the cradle to the grave, looking at the reasons behind the increasing catalogue of murders, shootings, armed robberies and sexual assaults.

And we want you to be involved. Every Tuesday, you can comment on his articles in The Tribune and call in to an hour’s live phone-in on KISS FM96.1 from 3pm on 677-0961. Dr Neville will welcome views - unconventional, challenging and supportive - from everyone. Join the discussions via comments on tribune242.com, email to lifeofcrime@tribunemedia.net or on the radio today. 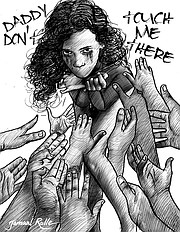 The age of reason is a concept that the Catholic Church uses to describe when a person can understand and make moral judgements and, as such, is expected to start obeying some of the ecclesiastical laws. This usually begins around the age of seven, but even the Church accepts that some unfortunate, mentally-challenged children may never reach the age of reason; they are sometimes referred to as “innocents” because of their inability to commit sin even if their actions are indeed awful.

Another concept is the age of criminal responsibility, which is the age at which a criminal charge could be brought and is based on the assumption that a child under the age of seven was incapable of committing a crime. This age of criminal responsibility varies enormously from country to country ranging from seven to 18. The Bahamas had it at seven but in the recent Child Protection Act it has been increased to ten.

I am not sure about you, but I still struggle with certain concepts and I do not think I had it figured at at ten years old. Perhaps that is just an excuse: I did after all learn when I played ‘golden oldies’ rugby that growing old is inevitable but growing up is optional! The matter really is very serious and if a crime seems particularly bad there is usually a great clamour for the child to be tried and punished as an adult.

There is an increasing body of research that shows that critical areas of the brain are not fully developed until about the age of 20. The area we have spoken about already - the frontal cortex - is one of the slowest parts to develop and as we have noted is responsible for decision-making and impulse control. So even if a child could differentiate between good and evil they may not be mature enough to control the impulse.

Welcome to adolescence, the time for loads of questions with precious few answers. The time when there is an almost feverish attempt to tell you what to do. A time when, if the early years of development were glossed over, the hypocritical ‘do as I say not as I do’ form of upbringing really kicks in. It is particularly difficult when you realise that one of the tasks of adolescence is to become a unique individual.

This means breaking away (rebelling) from the parental norms and slowly developing as your own person. This often ends up with young adults very similar to their parents but can be a painful and tumultuous process.There is perhaps no area more difficult than sexuality, made even more difficult by our parental reticence to discuss sex and even pretend that it does not exist - especially in children. They, meanwhile, are bombarded with sexual messages via television, music and the internet: we must help them make good choices, not pretend nothing is happening or - worse - not be aware that choices are being forced on them.

This brings us to the issues surrounding the age at which sexual activity starts and when it actually should start.

Children were often viewed simply as little adults and had no rights as children, so sexuality was frequently seen as starting at whatever age puberty started. The reality is that we are always “sexual”, a fact that paedophiles abuse and use to rationalise their behaviour. We seem to have difficulty differentiating children’s experimentation play and curiosity with adult sexuality.

There are some marriages recorded at much younger ages, usually arranged more as a contractual matter. In one of our Family Islands a pastor told me that when “an interfering social worker from Nassau” wanted his youth minister charged with statutory rape for having sexual relations with an underage girl who worshipped at the church, he immediately married them and so prevented the sex from being a crime. There is no shortage of “stories of incest in The Bahamas” and yet not many cases are reported and even less result in convictions. The children are often afraid to report, often not believed and all too often left to fend for themselves.

Another young girl I evaluated had been repeatedly sexually and physically abused by her father; he was viewed as an upright church-going pillar of the community. She had reported it but was not believed and eventually in a moment of desperation stabbed him. I did not think that she wanted to kill him or even fully understood the implications of what she had done; she really just wanted to be heard.

I am not even sure that everyone accepts that sexual abuse, exploitation and even a sexual relationship with a child is very damaging. If people know how bad it is for the children, why are so many children sexualised so early?

Children believe that the world revolves around them, they are the centre of the universe and things happen magically because of them. This is due to the slow nature of brain development and maturity: they have not yet developed abstract thought and so, if they are treated badly, they believe that they must have done something wrong, so they must be bad. They are also usually being told that it is normal, natural and that the adult involved “loves” them, whilst also being told not to tell anyone or more terrible things will happen. A complex double message with no solution; no wonder when they grow up they are three times more likely to develop psychosis and twice as likely to develop depression. They are also much more likely to commit crimes.

Young boys who are sexually abused are likely to become attached to this sexual activity and studies have shown that between 12 and 30 per cent of abused boys become paedophiles themselves. The risk is three times greater if the sexual abuse is by a women. Results from research from a number of countries looking at juvenile and street prostitutes show 65 to 90 per cent of the girls had escaped from incest or other sexual abuse. It is a strange double standard: we are horrified by sexual abuse of children but quick to judge the behaviour of the grown-up victims.

Why are these cases not being reported as often as I am suggesting that they may be happening?

There are a number of reasons. In incest cases, the adult offender may be the breadwinner and head of the family, so for him to be locked up the whole family will suffer. There are also complex family dynamics at play, often with collusion by other family members, making it even harder to find someone to confide in. Perhaps we can break this cycle by mandatory treatment programmes making reporting more palatable.

The perpetrator outside the family is often skilled at grooming and preparing the child with gifts, friendship and support before they are somehow cajoled into the sexual act.

The inner rage that gets pent up inside these victims, the self-loathing and despair, is a recipe for later crime. Young boys grow into angry young men with no self esteem or worth ready to lash out at those around them. All too often it is their own family that becomes the victim, repeating the cycle of abuse.

The Crisis Centre has been at the forefront of the campaigns to educate and break through the denial and self-deception that typifies the response in The Bahamas. They provide counselling and hotline support. It is admirable, but in a small community it is still hard to get people to come forward. The Ministry of Social Services provides care and protection for hurting children - some even have to be placed in homes where they are cared for. These homes make great efforts to provide the love that, for whatever reason, their family may not have been able to provide. The better the help and treatment for all these children the better the outlook will be for the future.

Do you have a view? Call in this afternoon to an hour’s live phone-in on KISS FM96.1 from 3pm on 677-0961 and challenge or support Dr Neville. And join the discussions via comments on tribune242.com or by email to lifeofcrime@tribunemedia.net.