A Life Of Crime: The Wonders And Challenges Of Adolescence 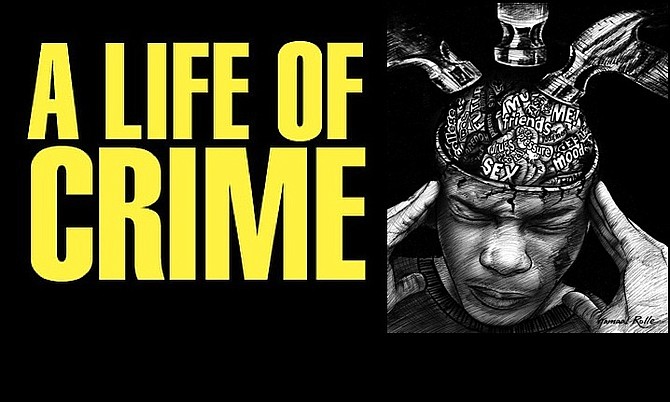 DR Mike Neville is a forensic psychiatrist who has spent 40 years – the majority in the Bahamas – working in the hospitals, courts and prisons at close quarters with offenders.

He is bringing his experience and expertise to bear in a major new series in The Tribune designed to inform an evidence-based national debate on how to solve the rising levels of crime.

Week by week, Dr Neville is examining the causes, effects and potential remedies of crime, from the cradle to the grave, looking at the reasons behind the increasing catalogue of murders, shootings, armed robberies and sexual assaults.

And we want you to be involved. Every Tuesday, you can read his articles in The Tribune and call in to an hour’s live phone-in on KISS FM96.1 from 3pm on 677-0961. Dr Neville will welcome views - unconventional, challenging and supportive - from everyone. If you have something to contribute, join the discussions via comments on tribune242.com, email to lifeofcrime@tribunemedia.net or on the radio today.

Adolescence is like a new set of clothes: your body is you, it is as perfect as it can be, but with the onset of self-awareness there comes an awkwardness, feelings of uncertainty and self-consciousness.

It is like a brand new suit – you know you tried it on in the shop, it should fit, but you are pulling at it, wriggling around in it and constantly adjusting it.

This time is difficult for both growing teenagers and parents. It is a time when appropriate decisions are difficult for us all. Jacob and Rachel gave the 17-year-old Joseph a coat of many colours, a magnificent garment that was meant to herald a seamless transition from youth into adult life; instead it became an example of how difficult it is to be a parent as it was seen as an act of favouritism by his brothers and led to jealousy and even hatred.

There are many tasks that must be mastered to grow into adulthood. This struggle to leave childhood is most apparent in the biological changes that will happen – whether one wants them to come or not.

This development from pre-pubertal innocence to full adult sexuality is easily seen; the onset of secondary sexual characteristics in boys – their voice changes, they grow and become more muscular, hair grows where it did not grow before. Girls go through even more marked changes – their whole body changes, breasts appear and a menstrual cycle begins that can be frightening for an ill-prepared youngster.

Male and female hormones are flowing through their bodies whilst the pressure to complete psychological and societal tasks that go alongside these bodily changes are ever present. To add to our young boy’s problems, girls start their growth spurts long before boys.

Thinking has to develop from the magical “I am the centre of the universe” of childhood (known as concrete thought) to complex abstract reasoning, which makes the world look totally different. All this whilst trying to assimilate sexual identity, moral reasoning and a sense of personal identity.

As if this is not difficult enough, adolescence is the time to start the journey to become a unique individual. This requires an emotional separation from one’s parents and the need for peer approval. This requires some sort of rebellion: that can be expressed by clothes, hairstyles or music. How often I hear “the music today is ” – and I remember what my parents thought of The Beatles. It can be far worse with families being torn asunder. The extent of this turmoil is influenced by many factors, within the family and the local culture: it is a time when experimentation with drugs and alcohol may begin and the need to “belong” easily leads to what we like to call “bad company”.

I hear all the time that children are not like they used to be. “We live in a decaying age. Young people no longer respect their parents. They are rude and impatient. They frequently inhabit taverns and have no self-control.”

That is a quote you may think has been lifted from one of our daily newspapers. So you may be surprised that I found it at GoodReads, who list it as “an inscription on a 6,000-year-old Egyptian tomb”. Even Plato was alleged to have said similar things, adding that the young ignore the law and become inflamed with wild notions. We must accept that this transition to adult life has always been difficult and instead of demonising teenagers and labelling them as bad we must look for ways to assist in this normal life passage.

It is now clear that our brains do not move rapidly into adult life but by a slow, gradual maturation. The fact is that the frontal lobe, which manages aggression, impulse control and judgment, does not reach maturity until roughly the age of 20.

In the 1990s, working with the Rotary Clubs of Nassau, I devised a questionnaire to explore the problems of Bahamian society and looked at the issues that frightened us. The Rotarians completed these questions and then we visited a secondary school that was reputed to be the place with the most problem kids. We asked for the 50 kids that the principal would choose last for any school outing, we brought lunch and ate with our chosen 50 in the school gym and they also filled out the questionnaire. The results were startling: all of us shared the same fears and concerns. They were identical, except that the Rotarians feared youngsters in gangs and the youngsters feared parents, teachers and the police.

We all thought the same but we feared each other.

We really do seem to have always had distrust and even disgust for the very youngsters that most need our help and are the future of the nation.

How can kids develop when adults do not believe that they can? How often can our children be told they are no good and stupid before they give up?

We have some incredible teachers, but all professions have a few bad apples and it worries me that there seems to be a desire for all children to be quiet, respectful clones who work dutifully in silence. How nice it would be to celebrate differences, to accept that we learn differently and actually are different. Do children really need to be abused and humiliated to make them the same?

The statistics seem clear – this is the age that criminal activity often begins. A profile of a male teenager from a disadvantaged background is the one to look out for. The reality is that this is also the age of high unemployment or low wages, but success is measured in financial terms. This gives rise to the huge temptation to resort to crime to get money, power and status.

How can we help our youth navigate this treacherous journey? In The Bahamas we rely on church and sports. In North America, the home of organised children’s sports, 70 per cent quit by the age of 13 and never play again. Research shows they feel “it is not fun”, they have usually been screamed at by parents and coaches and, if they are not naturally gifted, the enjoyment has gone. This should be seen as a national tragedy.

There are few outlets for kids in The Bahamas and many coaches and volunteer parents have probably helped countless kids through adolescence and away from crime. But the desire to win at all costs can lead to a callous destruction of children who cannot live up to expectations and are made to feel like failures. Why is it so difficult for some sports to be just for fun? Pick-up games with friends should be encouraged and ways to keep children playing sports they enjoy should be a major goal.

Our churches could make more allowances for adolescence. It is a time when religious beliefs are being examined as part of a child’s mental development and it is the time for a rebellious journey to one’s own belief system. They may embrace religion or completely reject it. Eventually most of us make peace with our beliefs but surely more could be done to assist on this journey of self discovery. Rejection makes them angry and bitter.

The need for training in specialised youth work and programmes on mentoring at all levels is critical – we need to help rather than judge and condemn. It will take a gigantic change in how we view and nurture our youth to turn this corner on crime.

Do you have a view? Call in this afternoon to an hour’s live phone-in on KISS FM96.1 from 3pm on 677-0961 and challenge or support Dr Neville. And join the discussions via comments on tribune242.com or by email to lifeofcrime@tribunemedia.net.

NEXT WEEK: is it time to rethink corporal punishment for juvenile offenders?

the problem we have is that we have, supposedly "Adults" acting "juvenile"...case in point the 36yr old male that showed a pic of his "johnson" to students at LDI....when will this society ever grow up....ashamed and embarrassed at this country!