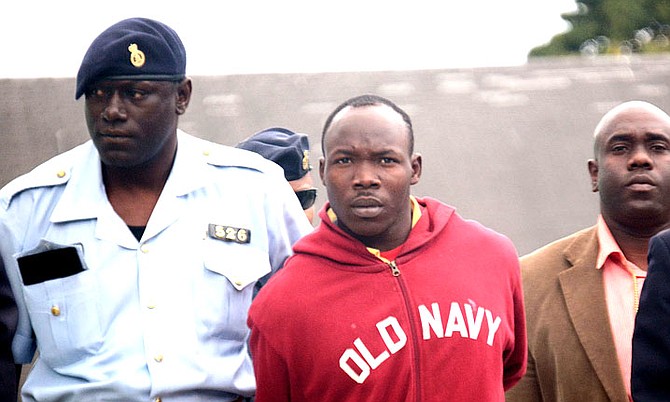 EMMANUEL Rolle, 25, formerly a wanted suspect, was charged on Friday in connection with the January 25 fatal shooting of Defence Force marine Angelo Dorsette at the G-Spot nightclub at Faith Avenue north.

The Taylor Street resident was charged with murder under Section 291 (1B) of the Penal Code, Chapter 84, which does not attract the discretionary death penalty if a jury finds him guilty. He was further charged with causing public terror and two counts of attempted murder as it is claimed he discharged a firearm with intent to cause public terror to Tameko Coleby and Victron Burrows, whom he tried to kill.

A gunman shot out the front door of the nightclub and entered in search of another man but then began firing indiscriminately into the crowded bar as patrons scrambled to escape.

Rolle, who has retained lawyer Tai Pinder to defend him, was remanded to prison without bail but has the right to apply to the Supreme Court for a bond. He is scheduled to reappear on March 31.