Life Of Crime: Making The Punishment Fit The Crime 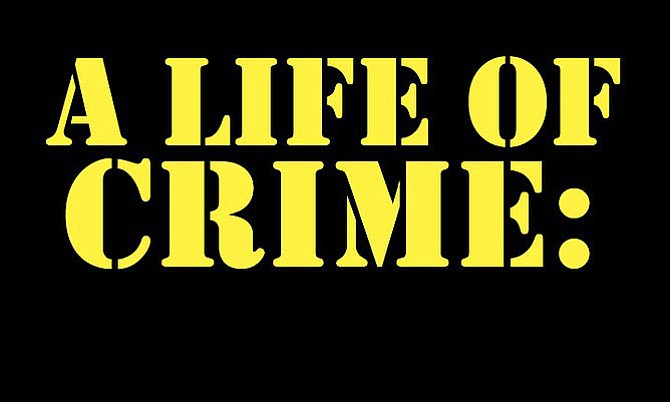 THE concept of punishment is part of our very selves. It presents a perverse persuasiveness, fooling us that it is the solution to all of society’s ills.

It seems so simple: the imposition of an unpleasant penalty for unacceptable behaviour will work ... surely?

Most of us think, “well, I would not want that to happen to me so there is no way I am going to do that.”

Does that thinking apply to us all? The problem is that society and families must have sanctions for unacceptable behaviour and there is no shortage of creative punishments that have been used throughout history. The question that we must ask, now that we have effective methods of societal research, is what works and what does not.

It is first helpful to break down the components of punishment to better understand the justification for various punishments and whether the desired outcomes can be achieved.

Retribution is the only part of those components that forms part of the actual definition and seems to appeal to most of us. It is a part of most systems of justice, the concept that the punishment should fit the crime and have some degree of proportionality. It differs from revenge in that retribution is not meant to be personal and there should be no pleasure in the suffering of others.

Clearly there is plenty of overlap, as many people in the Bahamas seem to experience great delight in the downfall of others. The concept of deterrence has to be divided into the ability of the punishment to deter the offender and also whether it can deter others. The idea is that the punishment will make people stop and think: ‘I do not want that to happen to me’.

Many of us can relate to that concept, but it makes the assumption that the offender has some semblance of normality; if you have been following this series you will now know that many offenders are far from normal.

Rehabilitation is the buzz word in modern criminology; is there a method in which the offenders can learn to see things differently and not commit the same offence? There is a large amount of literature on this as many countries have realised that most prisoners will eventually return to society and it makes sense that there should have been an attempt to have taught them something useful rather than releasing them even more bitter and angry than when they entered the correctional process.

The favoured norm in many countries is the concept of incapacitation and the protection of society. This most commonly means the use of incarceration in prisons and the debate continues as to whether the prison should be slanted towards rehabilitative programmes or if it should be a hell hole justified by the concept of retribution.

In some societies thieves have their hands cut off to both deter and make it more difficult to steal. The death penalty certainly incapacitates and prevents any further offence by that individual.

The concepts of restoration and education have shown promise for minor offences but require a well-monitored follow-up process, which would seem

to be a step too far for the Bahamas at present.

The whole concept of punishment, however, is perhaps a pointless conundrum. Why do we debate the benefits of more medieval ways of creating pain, death and fear when the offenders laugh and joke that their chances of actually being caught and convicted are very small? There is no reason to fear a punishment if it is not going to happen.

In the Bahamas, punishments are meant to be decided by the courts and can include fines, which penalise those with little money far more than those with adequate means. The police presence on Bay Street looking for road traffic offenders certainly brings in revenue from those who can least afford it; I am not for one moment suggesting that it be ignored, but most would licence their car because of the certainty of being caught – as long as they have the money.

We are all aware of the number of men sent to prison; we have a very high per capita incarceration rate already. Many of these persons are on remand awaiting trial, they are presumed innocent until proven guilty and under the Constitution have the right to a trial within a reasonable time. This frequently does not happen, so they are released on bail.

The prison itself has made some efforts to incorporate rehabilitative work but with the rampant overcrowding and many prisoners languishing on remand and not allowed to work until convicted, it is an uphill battle.

The cells are unhygienic, overcrowded and with the stench of faeces and fear, it is a breeding ground for future crime not reformation. All this without even discussing the issues of prison masculinities, with all the complexities of hierarchal structures and violent sexual crimes. The question of rape has been discussed extensively in the Bahamas but largely ignored in the prison setting; I think many people believe they get what they deserve.

The problem is whether you believe it or not; try to imagine how it affects an already damaged mind when they are let out to terrorise us in even nastier ways.

The great debate, of course, surrounds the death penalty. I would prefer to be fishing for “Red Herrings” off Rose Island than discussing the merits of a punishment that has not been carried out for over a decade. It is also increasingly unlikely to happen as various rulings from around the Caribbean have

increased the need for a highly competent prosecutorial process whereas the process has slowed to a level where it becomes necessary to admit that the level of competence and the cost of the legal proceedings makes it a meaningless debate.

The two major rulings that have changed the landscape are the so-called “Pratt and Morgan” decision, which stated that more than five years on death row should be considered inhuman and degrading punishment banned by most Caribbean constitutions. This is a huge problem for the Bahamas, where the court and appeals process are clogged and tedious, so to complete the whole process in five years could well be insurmountable.

The next major ruling is the so-called “Worst of the Worst” ruling in the Trimmingham case, where the Eastern Caribbean Court of Appeal emphasised “the unqualified right to life means that there should be no mandatory death penalty. The death penalty can only be imposed if the judge is satisfied beyond reasonable doubt that the offence calls for no other sentence.”

The death penalty fails some of the concepts of punishment. It is neither rehabilitative nor restorative. It certainly deters the offender as death does prevent further offending; however international research has failed to show any deterrent effect on others.

The main reason to – at least – suspend the death penalty is the enormous cost in court time, the cost of sending teams to London and hiring learned and expensive Queen’s Counsel to do battle with the team from the “Death Penalty Project” who oppose this punishment all over the Commonwealth. This would drastically cut court time, speed up the whole court system and free up much needed finances for more courts and judges.

Revenge is certainly appealing to victims’ families but at present there is only a slender hope of arrest and conviction.

The Bahamian public seems to have already given up on the “System”. Recent figures show vigilante justice is now flourishing, yet rather strangely this seems to have no deterrent effect as the murder rate continues to rise and rise.

NEXT WEEK: what the Bahamas should do now - the recommendations and conclusions.

I do not believe in the death penalty. But the punishment should be from the jail to the grave. Persons have been executed by the State in the Bahamas and world wide who were innocent.. And all of these persons who cry for the death penalty. Which of them will carry out the execution.

more people should be reading this. heard him today on the radio saying the series would be ending. real shame . bahamians are so ignorant and unaware of the things that matter most.