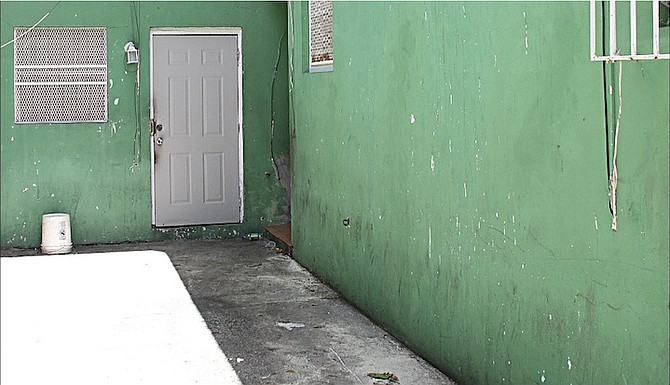 A TEENAGE father was shot and killed on Monday night during a gambling game, becoming the 83rd murder victim of the year, according to The Tribune’s records.

The father-of-one was fatally shot in the Hay Street area shortly before 11pm.

According to Chief Superintendent Paul Rolle, police responded to reports of gunshots near the Hay Street and Comfort Street intersection.

“When officers arrived on the scene they encountered a male with a gunshot wound to the head.

“EMS responded to the scene, where they pronounced the male dead,” he said.

Police have not released the identity of the victim, but residents of the area where he was shot have said he is Jason “Cookie” Higgs, who also goes by the alias “Monster”.

His death came three days after a man was killed on Friday night, when the driver of a truck hit him during an argument.

Police have identified that victim as 39-year-old Alpheus Bevans of Nassau East North.

Anyone with information on any of these murders is asked to contact police at 911 or 919, the Central Detective Unit at 502-9991 or Crime Stoppers anonymously at 328-TIPS.

Almost at the end of the seventh month and the country is still averaging a murder every 2.5 days. Unless this trend is broken there will be another 61 murders in the next five months and more this month to bring the total for the year (2015) to just under 150. The police efforts do not seem to be effective in reducing murder and maybe they need to come up with new strategies. Murder has increased in most major cities in the U.S. And some have seen the rate double. The problem is the murder rate per capita in the Bahamas is higher than most metropolitan cities in the U.S., even those that are crime ridden