A LIFE OF CRIME: Securing a conviction 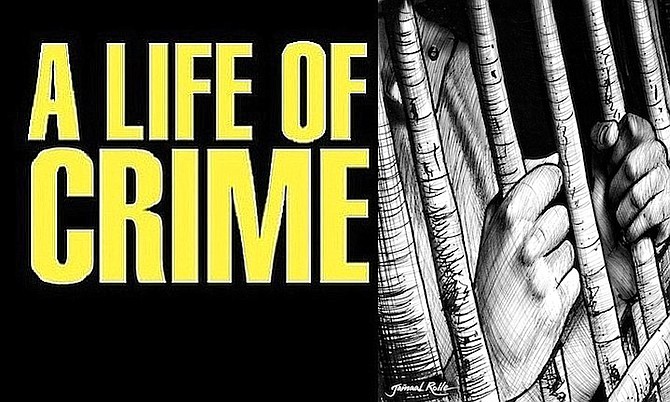 THERE were not many suspects when the apple was picked in the Garden of Eden - it was evident who took it - but, over time, crime solving has become anything but simple.

The question really should be not just who did it, but is there enough evidence to get a conviction?

Crime has certainly been with us as long as humans have walked the earth and there are examples of early crime stories back to ancient Arab and Chinese writings. Archimedes was given a problem to solve by the King, who believed that a crown made by his goldsmith was not pure gold. He solved the problem using the law of displacement, using a scale and a bar of gold in a tank of water; the goldsmith was, in fact, dishonest and this was an early demonstration of how science can assist the criminal justice system.

The favoured evidence was from eyewitness accounts, which have convicted people since ancient times. We tend to believe what we see and, despite evidence that this is not very reliable, it is still seen as very important by our juries. There are a number of problems with what we “see”: first, our brains are programmed to “fill in the gaps” so we think we saw certain things that we may not have. The second problem, sad to say, witnesses have been known to lie.

The Bible states confessions are good for the soul. And whilst they all purport to be the truth, we all know that both voluntary and involuntary confessions may or may not be the truth. Years ago, a distinguished judge in The Bahamas told me that he felt that the country must have the most Christian murderers in the world as he never saw an accused killer in the court without a confession attached.

Unfortunately, Bahamian juries are reluctant to believe confessions unless there is some supporting evidence. Some people do confess; overwhelmed by their guilt they want to unburden their conscience. Others confess because they are proud of their terrible accomplishments and want us all to know how clever and evil they are.

Sadly, too many young men have had confessions coerced, resulting in suspicions being held for all confessions. In medieval Europe the dunking stool was used to get “witches” to confess; if they confessed they were burnt at the stake, if they drowned they were innocent and received a church burial.

There were also some bizarre saliva tests, the hypothesis being that guilty parties would have a dry mouth so techniques like a mouthful of dry rice or a red hot knife placed by the tongue were used to see if saliva was produced. Unfortunately fear also dries up saliva so guilt was quickly demonstrated; hopefully we have progressed from those investigative techniques.

The written word has been around for about 5,000 years but not many of the population could read and write; so written evidence has only been used in the courts since the 19th century.

Fingerprints were known to differ from person to person since ancient Babylonian times; they were used as a method of identification and, sometimes, instead of a signature. At the end of our fingers there is a unique collection of ridges that identifies us. Despite this being known for centuries, it was only a little over 100 years ago that fingerprint identification was first used to bring criminals to justice.

The accuracy of some fingerprint experts has been called into question at times but improved computer storage and comparisons is improving accuracy. It was a fingerprint that nearly convicted Count Alfred de Marigny in the murder of Sir Harry Oakes; the defence argued that the print was lifted from a glass while he was being questioned and it was argued that photos of the print did not show the background of the screen that others taken from the same screen did show. More recently, a banker was murdered in Nassau: witnesses saw the alleged killer sitting on a wall waiting for the deceased, the police found a full palm print and secured the piece of wall as evidence.

Despite what, to me, seemed like plenty of evidence the accused was acquitted of murder, palm print and all. Fabric analysis, footprints, blood spatter patterns and blood analysis are all being added to the forensic crime scene investigator’s tool box. The use of ballistics to match used bullets with the exact gun that they were fired from is also helping the police with their investigations, but with guns so easily purchased and thrown away after use, the police still have trouble matching the shooter with the gun.

The widespread use of DNA has been a huge step forward. This science works by the fact that we all have identifiable differences in our DNA that have been used both to convict and to exonerate many accused persons. It is expensive but very useful. I am confused as to why it still seems to raise questions for local juries.

The use of video is perhaps one of our greatest hopes to improve the validity of evidence as we move forward. Since the 1980s, when video cameras first became popular, the science has evolved to where many of us carry phones that can record video images. There has also been a great increase in video surveillance of hotels, trouble spots and home security. These recordings do not lie and do not have trouble with their memories; once we can be sure that they are turned on, working and do not get lost we will have an excellent crime-fighting tool.

The difficulty of modem media is that it has improved knowledge and increased expectations; since most of our juries have watched Crime Scene Investigations on television they have become hungry for evidence. The simple confession is no longer enough: they want supportive facts, something to help bring a conviction.

I remember speaking to one lady who had just finished jury duty. She said: “We knew he did it but there was no evidence for us to convict him with.” So where does all this take us?

It is tempting to look to technology to solve our problems. We could use mapping data to show the exact areas that crime is taking place, satellite data to show gunshots in real time, CCTV in all crime areas.

There are as many as 1,000 cars stolen in New Providence each year. Why on earth is it so difficult on a tiny island to figure out where they are hidden and resold? Could mandatary GPS tracking systems in all cars be a solution? The police should then know immediately where the stolen car has been taken. It seems a simple solution but it is not used.

Are we afraid that the thieves are so clever they would be able to disable the device? Is it a mathematical problem?

A thousand cars stolen with an average value of $10,000 is a business bringing in $1m. No VAT, no business licence: the only expense would be the greasing of machinery.

The future of crime fighting expects that vast amounts of real time data will be used, not just a data link with each officer reading licence plates and checking backgrounds on suspects. The possibility of using artificial intelligence software to predict and prevent potential crime before it has even happened is not far from reality.

In fact it seems as if certain crimes are swept under some virtual rug, never again to see the light of day. The evidence vanishes into a black hole.

It is back to where we began. What is a crime in the Bahamas? Do we really want to stop it?

Taking into account the population, the tiny size of the island and the use of modem technology, the detection of crime should be a manageable proposition. I am beginning to think that the alternate economy must be putting too much money in the pot for it to be closed down.

When someone incorporates / includes religious dogma in their writings they severely undermine their credibility.

Seriously people, the "Garden of Eden" , it's time to put the religious dogmas of the world aside; to realize there is but one life to live, and to finally take responsibility for our own actions in society. There is no god, no afterlife, no judgement that will be forthcoming! What we do today, affects us today, and should be resolved today.

Religion is and always has been man made; has been used to control and manipulate the masses, and is used by some as their "claim" to being holy and upstanding citizens ......blah blah blah.

No thinking individual could possibly believe the BS stories, and anyone making the "claim" to be religious and upstanding should be shunned for their obvious lies, hypocritical behaviour, and false claims to being of good nature due to association with the dogmas. in theory anyone who purports to have serious religious convictions would have to live without possessions, without sin, without money or its pursuit, etc etc etc, does anyone no anyone to truly live this way. Nope! They're all fakes, liars and scammers. "Cause God Needs Your Money"

Unfortunately, crime is a way of life and a never ending vicious circle for many people. They start in a family that is going by just by doing crime, they end up doing it because that is how they have been shown by the family, end up in prison, than do crime again because they were used to staying in http://www.myro.ro/author/suzana/">prison.