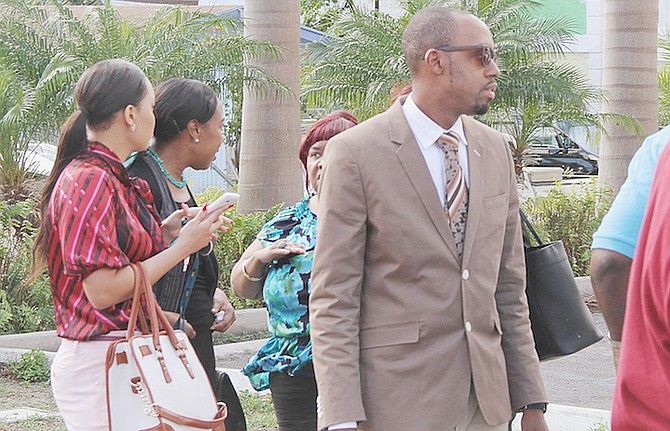 A FORMER police officer is one hearing closer to the expected start of his trial in connection with the production of child pornography.

Edmund Lewis Jr appeared before Chief Magistrate Joyann Ferguson-Pratt yesterday for a status hearing to determine which magistrate in the Nassau and South Streets complex would be presiding over his case.

Chief Magistrate Ferguson-Pratt transferred the matter to court number eight before Magistrate Andrew Forbes and set a fixture hearing before his court on March 17.

On that date, Lewis will know when his trial is expected to begin.

The former constable was first arraigned on January 23 and denied bail. He was dismissed from the Royal Bahamas Police Force shortly after charges were filed against him.

He elected to be tried in Magistrates Court and was granted $5,000 bail days after being re-arraigned due to an “inadvertent error” at his first court appearance where he should have been given the option to be tried in either the Magistrate’s Court or Supreme Court and enter a plea to the charges.

So the accused and a bunch of lawyers have to show up to court just to say what the status is and to find out which magistrate will preside over a case? That seems a bit stupid to me. Don't lawyers just submit this stuff and get told who the magistrate will be? Hours and thousands of dollars wasted for so many people. What a crap system we have.

I think they should state the age as well. To just leave it as 'Child Pornography' makes it sound like he recorded some 10 year-olds or something. If he recorded a 16/17 year-old then there should be a different charge for that.

But of-course forward independent thinking is way beyond our legal system.