A Life Of Crime: Domestic Violence 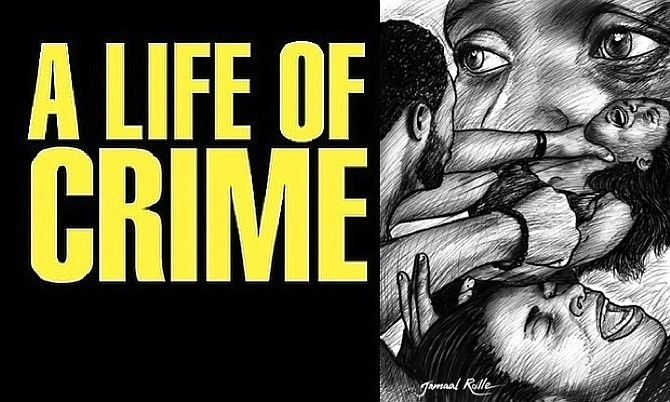 DR Mike Neville is a forensic psychiatrist who has spent 40 years – the majority in the Bahamas – working in the hospitals, courts and prisons at close quarters with offenders.

The father of a recently murdered son, he is bringing his experience and expertise to bear in a series in The Tribune designed to inform an evidence-based national debate on how to solve the rising levels of crime here.

And we want you to be involved. Every Tuesday, you can comment on his articles in The Tribune and call in to an hour’s live phone-in on KISS FM96.1 from 3pm on 677-0961. Dr Neville will welcome views – unconventional, challenging and supportive – from everyone.

Join the discussions via comments on tribune242.com, email to lifeofcrime@tribunemedia.net or listen and ring into the radio today.

THIS problem of domestic violence sends off alarm bells around the world.

Also referred to as partner abuse or spousal abuse, domestic violence has – for far too long – been accepted, explained away or simply ignored. There are still parts of the world where women and children have no rights whatsoever and no voice to complain or object.

It is time to stop this form of cultural excuse and simply accept that all family violence is wrong. Globally, about one third of all women murdered are killed by their partners and the World Health Organisation estimates that one in three women will experience violence. It respects no social class and occurs in all races, rich or poor.

There is, however, an increased risk of being a victim associated with unemployment and poverty. There are numerous reasons for this, including the simple fact that it is harder to leave an abusive relationship without any money or support. The lack of work and getting no income is also very destructive for men, destroying their self esteem and leading to a loss of power in the relationship, which then can then lead to violence as a solution to the imbalance.

The levels of violence around the world are now constantly reported so our awareness has increased. The Bahamas is no different: in March 2007 a United Nations Caribbean crime report showed this country to have the highest rate of recorded assault rates in the region. It was a shocking 1,697 assaults per 100,000. There may be better levels of reporting here, making the figures seem relatively higher, but the number is still terrifying.

We have examined a long list of behaviours associated with violence and pointed out that they are commonplace in the Bahamas. It can therefore be no surprise that violence against spouses, partners or friends is extremely common. Less common is violence by women against men, but there is a growing body of research suggesting that it is not as rare as previously believed. The problems men have in reporting assaults include shame and fear of the police not taking the complaint seriously all lead to them often not reporting.

The research shows that if one grows up in a violent family situation it creates an inter-generational cycle of violence, as at some level they have learnt that this is the way to deal with family problems. We have discussed the risk factors associated with brain dysfunction caused during pregnancy and in early childhood, which results in poor judgment and impulse control.

A core problem seems to be a need to control another person in a relationship, married or not. Even long after a relationship has ended, this determination to hold power over the other drives some really nasty behaviour. This violence and abuse is very destructive and causes lasting psychological damage to the victim; there is also the real risk of death. The most dangerous time is thought to be when a victim of abuse is trying to leave the relationship and the abuser panics at the thought of losing control of their partner.

It is difficult to appreciate fully why people, who are supposedly in love or at least were at some time in love, can allow the relationship fall apart so badly. It seems to come back to their inability to deal with the stress and pressures of life, the desire for things to follow an illusion of how they think life is meant to be.

The pressures from the media and friends to believe that they must have all sorts of materialistic things often leads to conflict. Mean and belittling remarks lead to insecurities and rage followed by verbal or physical abuse. In classical cases of domestic violence this is usually followed by a period of remorse and guilt with promises that it will not happen again. This is invariably a temporary phase with the cycle of violence ready to start at the next perceived difficulty not far away.

We may ask why partners do not leave an abusive relationship.

“Have they been threatened”

“Is it the reaction from family and friends”

“Is it for economic reasons?”

“Is it for the sake of the children?”

How do we make the statement that “violence is never acceptable”?

Children have seen and heard their parents fighting, they are sensitive to their parents’ moods and are deeply affected by the family discord. They may have been beaten with belts and switches, they will have learnt violence is there to solve problems. At no stage have they been taught that there are other ways to deal with conflict: add the elements of envy and rage and it begins to become clear why the murder rate and the levels of violence against families is so horrendously high in the Bahamas.

There have been many initiatives to deal with domestic violence around the world. In the 1970s women’s shelters, hotlines and crisis centres began to open their doors as a new awareness was brought out into the open. The Bahamas joined this movement when, in 1982, the Bahamas Crisis Centre was started in Knowles House in the grounds of Princess Margaret Hospital. I am not sure that anyone knew just how badly the Centre was needed as it was only when the service was offered that it became apparent just how high the incidences of spousal violence, rape, incest and child abuse really were. The Department of Social Services also offers a hotline and counselling services.

The centre has always worked closely with the police, but the size of the problem stretches all resources; there are also still problems for the police in dealing with these issues as complaints may be withdrawn due to fear or hopes of a reconciliation. This is a small community and things can get hushed up; families hoping things will settle down may persuade the victim to drop charges leaving issues unresolved. In some countries the charges cannot be dropped – this should be considered here as this may help the police.

The Men’s Group sponsored by the Catholic Church has been helping in this area for over 20 years. It is a 26-week group process that helps men who have abused their partners; the success rate for those who complete the process is very high. The group also began accepting men from the court system and I am pleasantly surprised to be able to report that the success rate remained very high.

The difficulties for both the Crisis Centre and the Men’s Group are still to get people to come forward for help and then to make sure that their concerns are taken seriously. This is particularly important for the churches and the police, who must continue to work with the professionals who have been specifically trained in these areas.

The dangers of escalation with fatal results cannot be ignored. Prevention is always better than having to deal with a spousal murder with all the tragedies that flow from that. These murders are usually not difficult to solve; there is often the history of violence that was not acted on and threats that others have been aware of. The culprit may stay at the crime scene as the rage prevents planning beyond a rudimentary scheme.

There may be an attempt to take their own life or a completed suicide due to the guilt attached to the event, or even a delusional idea that everyone they love are better off dead.

These cases attract plenty of media attention and recently there have been much publicised trials of a few horrific cases. I understand the need that justice has to be seen to be done but when guilt is not in doubt, it would seem that the disposal (sentence) is all that is left to be discussed. A guilty plea to manslaughter can attract as long a sentence as is required and could save the taxpayer money while moving the court system more rapidly.

NEXT WEEK: Initiatives that other countries have tried to curb domestic violence.

Details for the Bahamas Crisis Centre can be found www.bahamascrisiscentre.org and for the Mens Group at www.archdioceseofnassau.org

The Bahamas, plain and simple does not respect women. When Hubert A. Ingraham proposed constitutional changes to give women equality, the PLP campaigned hard against him and defeated him in 2002. In that same agenda, he wanted to diversify the economy and create a Third Pillar of the economy in eCommerce. That would have created a greater sense of well-being in the populace, more high paying jobs and less crime.

Instead we have institutionalised sexual exploitation which leads to domestic violence. The powers that be in this country (ie senior politicians) all have sweethearts and boyfriends on the side. Cabinet ministers gloat about beating up women. The veneer of civilisation in this country is very thin. Truth is the victim and enlightenment is banished to countries with a more intelligent population.