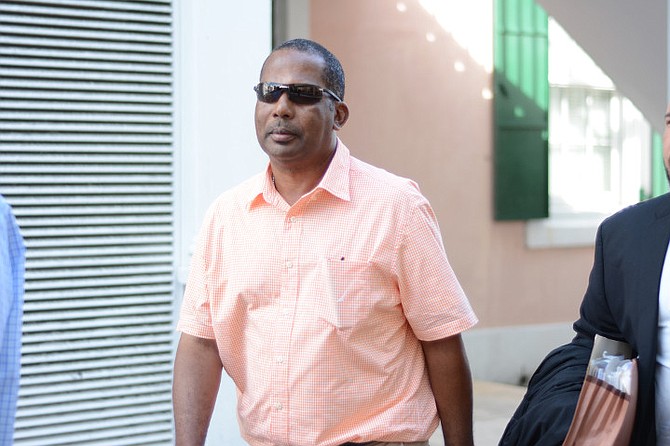 TRANSCRIPTS from extradition proceedings against five men wanted for drugs trafficking charges in the United States are still outstanding, a Supreme Court judge was told on Friday.

Lawyers for Austin and Nathaniel Knowles, Edson Watson, Ian Bethel and Shawn Saunders appeared before Senior Justice Stephen Isaacs for a status hearing into a challenge to a magistrate's approval of an extradition request for them.

Elliot Lockhart, QC, told the judge: “We’ve not been able to secure the record of the proceedings in the Magistrates Court. That record is important for the progress of the habeus corpus application.”

“When you say record, you mean the transcripts?” Senior Justice Isaacs asked.

“From what I can see, the habeus corpus never got started,” the judge said, noting that the matter arose before then Justices Jean Thompson and Anita Allen based on the notes before him.

Osman Johnson, in response, pointed out to the court that the Crown had yet to comply with orders of the disclosure concerning the transcripts made by those judges.

The judge asked Crown representative Anthony Delaney about this. Mr Delaney said the Crown did not control the issuing of transcripts.

“Do you have the transcripts?” Senior Justice Isaacs asked.

“Not as far as I can say,” the prosecutor said, undertaking that he would consult with his superiors.

“Have you asked anyone if they have the transcripts?” the judge further probed.

The prosecutor said he did not, explaining that he had been recently briefed with the case.

The judge adjourned the matter to June 3 and said he would make the relevant enquiries concerning the record of the proceedings.

Mr Johnson told The Tribune: “Our position has been clarified to the court explicitly,” the lawyer for Austin Knowles said.

“The Crown was directed on two separate occasions by way of order of the Supreme Court to relinquish possession of the original transcripts, judges notes and associated documents from the first extradition hearings with respect to my clients. That has not been done.

“The effect of it is a direct breach of my client’s constitutional rights to a fair trial within a reasonable time period and we are going to challenge their actions every single step of the way,” the lawyer emphasised.

Tai Pinder is the third lawyer on record for the named defendants.

Rumours are floating around that these big time Eleuthera drug dealers and smugglers have threatened to squeal all that they know to U.S. law enforcement authorities if the Bahamas government and our judiciary allow them to be extradited to the U.S. Some are also wondering what connections, if any, these men have to a billionaire Colombian developer in South Eleuthera who owns a banking empire based in Colombia. Damien Gomez, Elliot Lockhart and Maynard-Gibson may all find themselves paying a very big price for their willingness to dance with the devil by virtue of their association with these men.

Who is monitoring this blog. The use of peoples name can present some legal challenges.

no worries CS, we have that covered. The AG is on our payroll.

No worries CS, the AG does not enforce laws in the Bahamas, just ask VAG.

SEND HIM BACK TO AFRIKA?

Comrades maybe we can do an exchange program by extraditing one and all found be responsible for the missing transcripts.

Drug Dealers and Number Men are playing the tune and the Government and now the courts are being asked to dance. Its an absolute disgrace that the chief law enforcement agencies and officers have allowed this to happen - Justice is not blind and very much on the payroll…