Bun In The Oven: Choosing The Right Baby Name 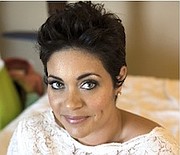 IT’S one of the first and most important decisions you will ever make for your child; a decision that will last them for the rest of their lives. What they are known as, what people call them, and all of the feelings and perceptions that your chosen name gives, will be the air around them during their entire life.

From Apple to Blue Ivy to North West, Silas, Indiana, Brooklyn and Coco – we’ve seen celebrities name their babies all sorts of creative and unique things.

The name game has surely changed since the days of passing on names from generation to generation, although some people still opt to maintain that family tradition.

I want to make this process as easy as possible for you. I know it can be overwhelming to decide what you will call your baby, so there are a few things to consider when picking that perfect baby name:

Whether you go for a combo of traditional and trendy, or decide to give your baby a name with meaning, consider these ideas to narrow down or even begin the baby naming process.

• Bianca Carter is a certified lactation counsellor (CLC), founder of Bun in the Oven, and weekend radio personality on Y98 radio. For more information, e-mail her at info@babybunintheoven.com, or bcarter@tribunemedia.net. Follow BITO on Facebook at babybunintheoven, and check out the BITO Blog every Monday and Thursday at http://babybunintheoven.com.