Battle 4 Atlantis Has Another Loaded Field Of Teams This Year 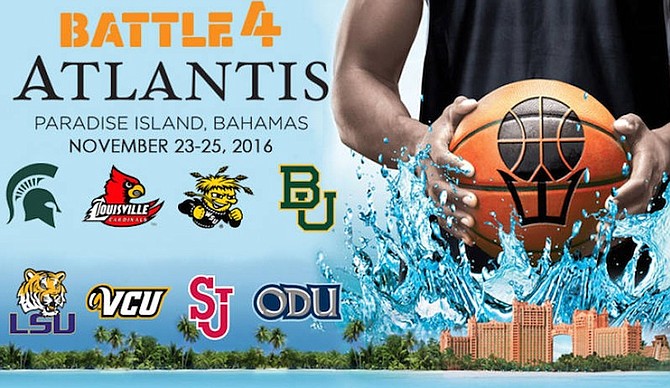 On Friday, November 27, 2015, Syracuse University fought their way to a 74-67 win versus Texas A&M University to secure their title as Champions of the Battle 4 Atlantis. Little did the team know it was a sign of big things to come; a mere four months later, Syracuse secured a spot in the 2016 NCAA Tournament’s Final Four, alongside three other Battle 4 Atlantis alumni.

Not only did the 2016 NCAA Tournament’s Elite Eight boast five teams (62.5 per cent) that had participated in past Battle 4 Atlantis tournaments, but all Final Four teams were Battle-tested alumni.

The 2013 Battle 4 Atlantis Champions would go on to win the 2016 NCAA Championship on April 4.

The annual Battle 4 Atlantis once again falls during the Thanksgiving holiday, scheduled to take place November 23-25, 2016.

The 12-game, three-day tournament is regarded as one of the most challenging early-season tournaments, following five years of high-level teams and success.

All games take place in the Imperial Arena, a half-million dollar temporary arena located on-property at the Atlantis resort on Paradise Island.

The Imperial Arena, equipped with state-of-the-art regulation facilities, is just one of the iconic resort’s extraordinary features, in addition to other amenities such as the world’s largest open-air marine habitat, a 141-acre award-winning water park, the most exciting casino in The Bahamas, and a variety of guest accommodations and activities for everyone.