U.S. Judge Tells Bacon To Pursue Case In The Bahamas 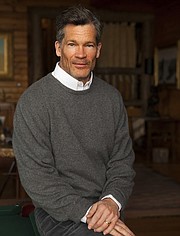 A NEW York judge ruled yesterday that billionaire hedge fund manager Louis Bacon ought to pursue his $100m defamation case against his Lyford Cay neighbour in The Bahamas rather than in US court.

Justice Cynthia Kern was presiding over the defamation case Mr Bacon brought against Canadian fashion designer Peter Nygard who was alleged to have embarked on a “harassment campaign” against Mr Bacon in The Bahamas.

Justice Kern, in her eight-page judgment, found that even though Mr Bacon is a New York resident: “The Bahamas is a more appropriate forum for this dispute to be adjudicated.”

She added: “Initially, the transactions out of which this lawsuit arose clearly occurred in the Bahamas rather than in New York. This dispute between the plaintiff (Mr Bacon) and the defendant (Mr Nygard) arose out of their relationship as adjoining landowners in the Bahamas. The plaintiff’s entire claim is that the individual defendant Nygard has waged a smear campaign against him, which began when the parties were unable to resolve their disputes that arose based on being adjoining landowners.

“In describing the actions that constitute the smear campaign engaged by the defendant, it is clear that the allegations almost entirely involve activities which took place in the Bahamas,” the judge noted.

Aaron Marks, attorney for Mr Nygard and affiliated companies, expressed gratitude at the court’s decision that “such an action has no place in a New York courthouse.”

“This was a frivolous lawsuit brought by Mr Bacon in an effort to further his campaign of harassing Mr Nygard in the international media,” he alleged.

Mr Bacon has alleged that the fashion designer organised rallies, marches and protests where he was defamed, created and distributed defamatory T-shirts and signs, published defamatory accusations about him and used websites to defame him.

Mr Nygard filed a $50 million countersuit in April accusing Mr Bacon of a “vendetta” against him, including harassment and frivolous litigation.

Each man has denied the other’s allegations.

In a decision dated July 28, 2015, Judge Kern said many of the purportedly defamatory statements were made more than one year before the lawsuit was filed, thus exceeding the state’s statute of limitations.

Speaking to the remaining defamation cases in her judgment yesterday, Justice Kern noted, “The alleged violence and threats of violence against the plaintiff, and individuals close to the plaintiff have occurred in the Bahamas.”

“Moreover, most of the alleged defamatory statements are alleged to have been published through Bahamian media or by Bahamians,” the court said in reference to exhibits concerning publications on websites Bahamas Press, Bahamas National and Bahamas Citizen.

The judge also said that most of the “non-party” witnesses to the defamation claims are from the Bahamas, in reference to Fred Smith, QC, and Keod Smith.

Justice Kern also highlighted that Mr Bacon had initiated a number of proceedings related to the subject matter in Bahamian courts.

“The foregoing constitutes the decision and order of the court,” Justice Kern concluded.