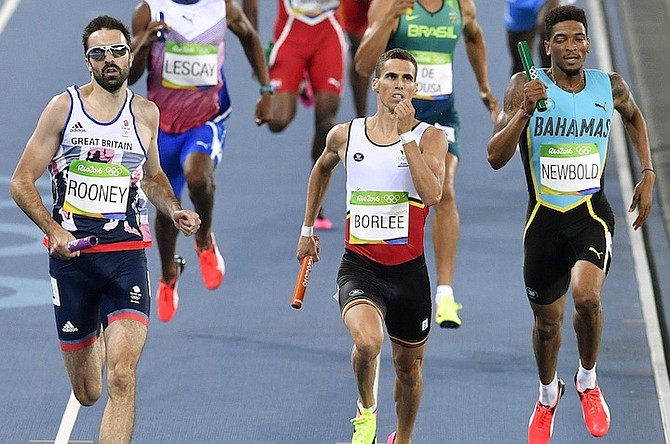 8.20pm: The Bahamas men's relay team is on the track now - running from lane six.

8.10pm: The men's relay team are up soon in heat two of the 4x400m - with a running order of Alonzo Russell, Chris Brown, Steven Gardiner and Stephen Newbold.

7.30pm: The women's 4x400m relay round 1 is fast approaching. The Bahamas is in heat two in this order Lanece Clarke, Anthonique Strachan, Carmiesha Cox and Christine Amertil running.

2.30pm: Looking ahead to tonight's relays - our preview stories are now online:

• ‘Golden Knights’ to defend their Olympic title without Ramon

• ‘Our men, women 4x4 teams had their final shake-outs

• In fith Olympics, Amertil gets set for 4x4 relay

9.45am: Before the Olympic Games in Rio come to a close, we have the mouth-watering prospect of Team Bahamas in the relays. Here is tonight's schedule:

On Saturday, the schedule for the finals is:

Jumping Individual Final Round A, 9am

Jumping Individual Final Round B