Hubert Minnis Faces Removal As Leader Of Opposition In Parliament

Do you think the vote of no confidence in Dr Hubert Minnis will damage the FNM's election chances? 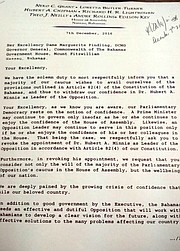 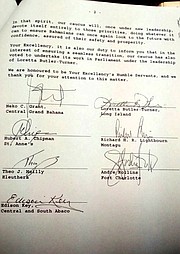 DR HUBERT Minnis, leader of the Free National Movement (FNM), faces removal as leader of the Official Opposition in Parliament after a vote of no confidence by seven of his party's 10 MPs on Wednesday morning.

A petition by the majority of FNM MPs says that Dr Minnis should be replaced by Loretta Butler-Turner, the MP for Long Island. The move has to be approved by the Governor General.

Deputy Leader Peter Turnquest and Leader of Opposition Business in the House Renward Wells did not participate in this latest effort to oust Dr Minnis.