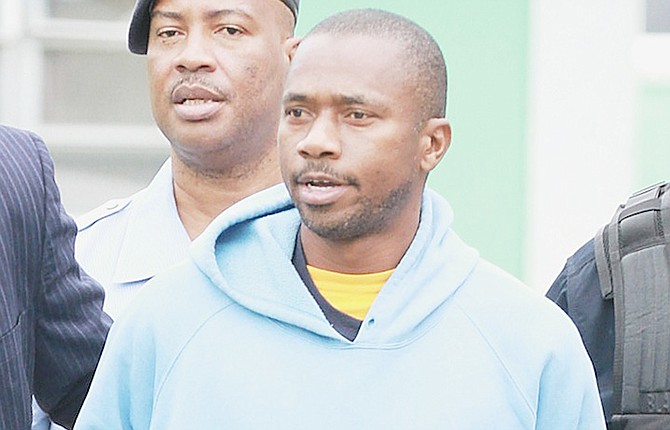 A POLICE officer appeared in Magistrate’s Court arraigned on multiple charges concerning the alleged sexual assault of two minors entrusted to his care dating as far back as 2005.

Prior to the particulars of the allegations being read to him, Thompson was informed that he would not be required to enter a plea to the charges until his formal arraignment in the Supreme Court.

It is first alleged the accused, sometime between 2005 and 2012, had unlawful sexual intercourse with a child entrusted to his care and then again in October of 2015.

It is then alleged that sometime between 2006 and 2009, he sexually assaulted another female child left in his care. The indecent assault concerning the second minor is alleged to have occurred between 2009 and 2014.

Thompson’s case will be forwarded to the Supreme Court on February 24. He was remanded to the Department of Correctional Services until his next court appearance.

Thompson’s lawyer, Maria Daxon, advised the chief magistrate that her client was still a serving member of the Royal Bahamas Police Force and asked for security measures to be put in place for him during his remand.

The court made a note of the request before remanding the accused to prison.

A person convicted of the offences at trial faces between seven years and life imprisonment.

Not sure if commenting should be allowed for Criminal proceedings, but the RBPF officers in the news lately bring great shame to our country.

With issues like this it is hard to have faith that things in The Bahamas will be getting better anytime soon.

Why is commenting being permitted for this case involving minors? The Tribune has a very strange way of deciding which cases we cannot comment on and which ones we can.

In any event, why is this man still a police officer? Other officers have been fired for far less recently.