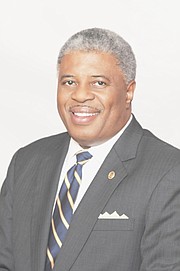 Baha Mar's receiver yesterday dismissed claims by firebrand FNM MP, Dr Andre Rollins, that the $3.5 billion development is both "uninsurable" and will cost a further $1.8 billion to complete.

The denials by Raymond Winder, Deloitte & Touche (Bahamas) managing partner, came amid efforts by the Government - facing the prospect of a potential Moody's downgrade to 'junk' status - to intensify pressure on the receivers and their Chinese clients to reach a solution to the Baha Mar impasse.

The Government was said to have been applying increased pressure towards the end of June, and going into this month, on the receivers to come to a decision that could then be advanced to Baha Mar's secured creditor, the China Export-Import Bank.

However, this newspaper understands that while Deloitte & Touche may be "leaning" towards one of the two groups identified as having the most potential, no recommendation has been made yet.

Mr Winder yesterday declined to comment on the status of the receivers' negotiations with the two lead Baha Mar bidders, other than to say: "We're still working on it."

He was more forthcoming, though, with emphatic rebuttals of the claims made by Dr Rollins, the Fort Charlotte MP, in a statement issued to the media.

"I am reliably informed that a recent site inspection of Baha Mar by an insurer, as a pre-condition to insuring the property, revealed some alarming findings," Dr Rollins alleged.

"These findings caused the insurer to conclude that the $3.5 billion asset is presently uninsurable. In effect, due to construction deficiencies, in its present state the property has been assessed to be a $3.5 billion liability.

"I am further advised that the repair costs to remediate the construction deficiencies may be as high as $1.8 billion and not the previously estimated figure of $600 million."

Mr Winder told Tribune Business that both claims were "not true". On the insurance, he said: "I'm in the process of making a payment on my insurance premium as we speak."

As for Dr Rollins's construction completion cost claim, he said simply: "That's way off." Mr Winder, though, declined to supply the true estimate.

It was suggested that a building inspector, sent out to Nassau by the Lloyd's of London insurance market, had deemed the resort properties uninsurable because of defects with the sprinkler system and other issues.

These claims, though, could not be substantiated.

However, informed sources close to developments at Baha Mar said the receivers were starting to lean towards one of the two remaining groups as 'preferred bidder'.

"One is closer than the other, but they're keeping all things in play," one source said of the receivers, speaking on condition of anonymity.

However, they expressed doubt as to whether the Government was pushing for a particular bid to be declared the 'winner' over the other.

"I think the Government wants something to happen, but they're not telling the receivers to favour one over the other," the source added.

As previously revealed by Tribune Business, Lyford Cay-based billionaire Joe Lewis and his Tavistock Group, the principal developers of the $1.4 billion Albany project, are part of one of the remaining Baha Mar bid groups.

Observers, though, believe it is highly likely that the China Export-Import Bank and the Beijing government will favour a Baha Mar buyer with Chinese connections, given that they can likely work out a deal to make the bank 'whole'.

The selection of a 'preferred bidder', though, is merely just the first step towards resolving the Baha Mar impasse.

The bidder, and the sale, will both have to be approved by the Supreme Court. And negotiations between the chosen group and receivers, acting for the China Export-Import Bank, are likely to be complex and take several months to conclude.

Then there is the small matter of negotiating a Heads of Agreement with the Christie administration, and fulfilling its demands that all Bahamian creditors - especially the contractors with their $74 million liabilities - be 'made whole'.

I checked with an actuarial friend about the insurability of a vacant property. According to actuarial guidelines:

Insurance policies offer limited coverage for vacant properties due to the increased risk of potential damage. Policy conditions vary but there is typically no coverage for vandalism, theft, water escape, or glass damage once the ownership changes. After the property has been vacant for 30 days with no distinct oversight by the owners, the any policy becomes void and there is no coverage for any damage, not even fire or windstorm.

So, it is in the realm of reason that the whole project is truly uninsurable. It is also probable that there is no insurance on the buildings now. It is also probably that if a fire or hurricane swept through the complex, it would be a complete financial loss.

A building left unfinished and vacant would require complete interior remediation, assuming the exterior construction was up to code in the first place.

This is like BAMSI on steroids and the bill will be over a billion to fix it. Also the buyer is not legally obligated to pay the bills of the Bahamian contractors once in bankruptcy -- that is the function of the receiver to pay the claimants after the property sells.

I am surprised at all of the fairy tales floating around by both Raymond Winder and the government.

I was wondering about that - you think the property will be sold in the end for a symbolic dollar ? I thought already that there might be too much risk involved in buying the property - seeing how an insurer actually confirms this i wonder if doesn't get sold for 1$ in the end just to find someone who can come up with enough funds to complete/rebuilt it.

Bahamar cost as much as the rebuilding of the world trade centre; THE MOST EXPENSIVE OFFICE TOWER IN THE WORLD.

And it's not even close to finished.