Rigby: ‘Absolute Nonsense’ That Christie Is All That Is Holding The Plp Together 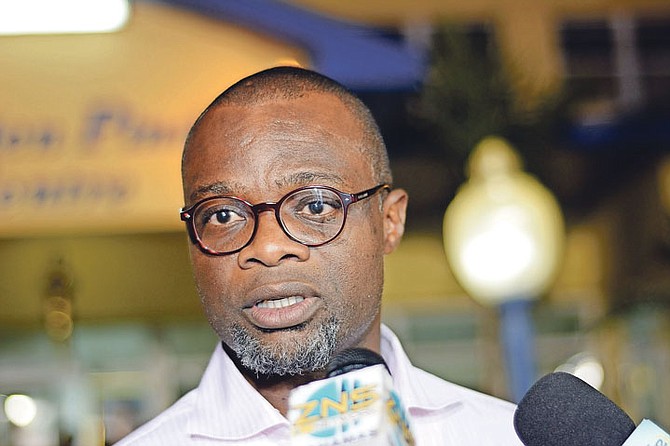 AS BAHAMIANS, including young PLPs, become increasingly frustrated with the leadership of the government, it is “absolute nonsense” for Prime Minister Perry Christie to assert that he is the glue holding the organisation together, former party Chairman Raynard Rigby said yesterday.

He suggested that this current administration lacked ideas and vision, which has stagnated the country’s growth and fed frustration among young Bahamians that there are limited opportunities available of which to take advantage.

In an interview with The Tribune, Mr Rigby was critical of the PLP-led government, insisting that it failed to push progressive policies.

The former party executive added that if Bahamians want to change the course of the country, the electorate must move away from correlating personalities with the ability to govern as this has not served the needs of the country over the last several decades.

Mr Rigby spoke in response to Mr Christie’s declaration last week that he seeks to continue leading the Progressive Liberal Party, including into the next general election, because young members of his government have urged him to do so.

He also suggested that instability would arise in the party if he were no longer leader, similar to what is occurring in the Official Opposition. He did not name the government members who he said have urged him to continue to lead the party.

This sparked a wave of response across the political divide, with former PLP MP Philip Galanis among the critics who chastised the prime minister, saying this was the “height of nonsense” and bordered on “delusional.”

In response to Mr Galanis’ criticism, Mr Davis said: “I think we need to be respectful to our leaders.”

“The Progressive Liberal Party is a strong vibrant organisation and is the oldest political party in The Bahamas,” Mr Rigby told this newspaper when he was contacted yesterday.

“We have gone through many peaceful, orderly transition of leaders. No one thought that after the 1997 general election with Sir Lynden Pindling leaving the scene, the party would survive. It did lead to Dr Bernard Nottage leaving and forming the Coalition for Democratic Reform. But the party remained focused on its core principles and ambitions.

“It is absolute nonsense for Mr Christie to assert that he is the glue that holds the organisation together. What is holding the PLP together is the burning desire and philosophy to help the poor and to create broad based opportunities for Bahamians among other things,” Mr Rigby said.

He continued: “Now the leader he does get the vision and a message and sells it to the Bahamian people. But the thing that holds the party together is the burning vision that is in the bosom of the party’s standard bearers.”

Mr Rigby said after 43 years of independence, it was a sobering thought to live in a country where there were fewer opportunities for young Bahamians. This is due to a deficiency of innovative leaders who are visionaries, he said.

“We are at a standstill because we need men and women to step forth and lend ideas, vision, and aspirations,” Mr Rigby said. “If Mr Christie could deliver that then fine, and if (FNM Leader Dr Hubert) Minnis can deliverer that then fine.

“But what we know is the course we have been on for the last 20 years will not serve the needs of our people.

“What we have seen is the government hasn’t been progressive in putting forward policies, which could create a deep sense of hopefulness. The question is how do we correct that?”

Mr Rigby said we must all come to the realisation that the current political dispensation has created a barrier for those who want change and until this happens the country will not move forward.

When asked about his political future during an appearance on the “Ed Fields Live” show on Kiss FM last Monday, Mr Christie said: “There are two things. One, that I have enough young people who are a part of my government who have asked me to stay on. Two, that with respect to staying on, everyday of my life I recognise that I provide stability.

“My leadership provides stability to my side. You see what instability means when you look at the opposition and I daresay that this could happen when I demit office as well.

“And so the question for us is, moving forward, one of the great advantages the PLP offers to this country is a very stable government, one with the capacity to guarantee continuity in governance and one that has been meaningfully employed in major reforms in this country, the latest one of which is the University of the Bahamas.”

Mr Christie, while in opposition, said he would consider stepping down as party leader at mid-term and name a successor. However, he later said those comments were misconstrued and he intended to serve a full term if elected prime minister in 2012.

Last September, in the face of speculation that Mr Davis was eyeing a leadership run, Mr Christie declared that he would go into the PLP’s convention as leader and emerge as leader.

The party’s convention is scheduled for November after several delays. The PLP has not held a convention since 2009, even though the party is mandated by its constitution to hold one each year.