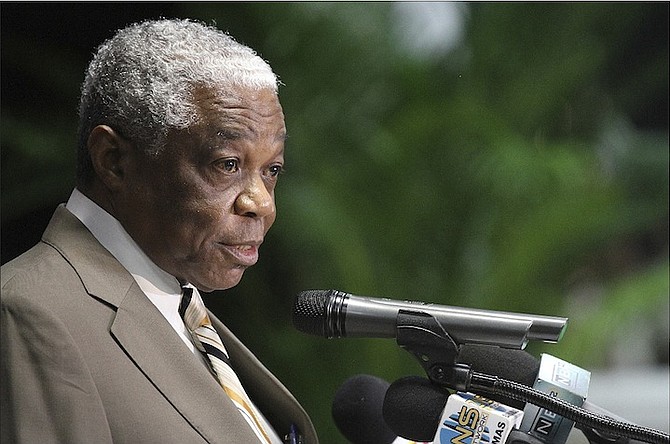 CHILD protection advocates pledged yesterday to continue their pressure on the government to fully enact amendments to the Sexual Offences Act and the Child Protection Act following the success of their viral protest.

Noting the government’s roll out of the MARCO Alert system on Friday, Solidarity242 co-founder Kishlane Knowles called for full insight on the operational capacity of the system.

“While we are pleased that it appears that our viral protest brought forth awareness as evident by the immediate response by the government to address this long overdue issue, we are not entirely convinced that the response wasn’t a rushed reaction to disgruntled Bahamians,” she said.

“Whether all media outlets have agreed to partner with the government and why is there only an expectation of co-operation and not a mandated broadcast order that states how many times per day a radio station should issue the alert?

“Were there drills executed to ensure the system runs smoothly and where are the reports of such? What social media channels should Bahamians follow to get alerts and why are we only at the discussion phase with a multi-media company?

“We are not nitpicking but after waiting five long years we expect government to present a fully tested and regulated MARCO Alert. It’s our children who pay with their lives if this system is inefficient.”

Solidarity242 staged a viral protest on Friday evening in a bid to pressure government into activating the MARCO Alert system and Sex Offenders Register promised under Marco’s Law.

According to the activist group, Bahamians both locally and internationally responded to the protest by changing  profile pictures and posting videos under the hashtags #justiceforMarco, #MarcosLaw, #protectourchildren and #Solidarity242.

Hours before the start of the protest, Dr Nottage held a press conference to announce that the alert system had been put into effect with the by-passing of the 24-hour requirement to file a missing person’s report.

Activist Terneille Burrows said: “While I remain hopeful, this is not the first time that the general public has been told that the Marco’s Alert was in full effect. We cannot stop applying pressure to ensure that the system is launched in a timely manner and maintained as effectively as possible.

“The government has been working on regulations surrounding the proposed convicted Sex Offenders Registry for a few years, and in 2014, Hon. Minister Dr. Bernard Nottage suggested that the registry would not be retroactive,” said Ms Burrows, who is standing as an Independent candidate for Elizabeth Estates at the next general election.

In late 2013, the government tabled two amendments, one to the Sexual Offences Act and the other to the Child Protection Act, which would create a Sexual Offenders Register, and a MARCO alert for missing children, respectively.

The Child Protection Amendment Act 2014 came into operation on August 26, 2015. The sexual offender’s register would place all persons who are convicted of sexual offences on the proposed list.

Yesterday, Ms Knowles took issue with Dr Nottage’s explanation that the registry’s delay was due to privacy issues, pointing to his 2011 pledge that the rights of sex offenders should not come before the rights of children.

“It begs the question,” she said, “are the rights of our nation’s children no longer a priority over the privacy of sexual offenders? Why, after nearly five years, do we not have access to this Sex Offenders Registry?”