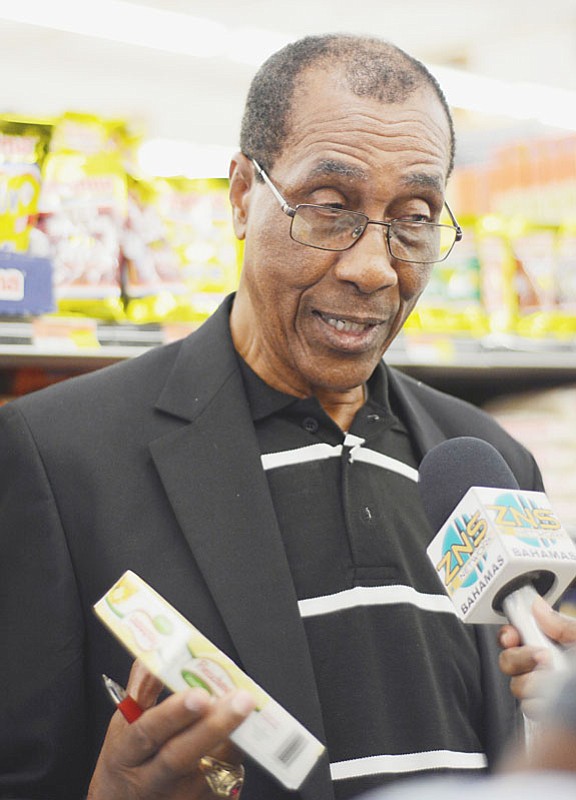 The Price Control Commission’s chairman yesterday reiterated warnings that it may seek to dictate business prices via legislation, arguing that many had failed to respond to two years’ worth of pleading by himself.

E. J. Bowe said his calls for Bahamian merchants to reduce product prices in line with import duty reductions and exemptions had largely fallen on deaf ears, something that would force the Commission to recommend legislation if the private sector did not yield.

Mr Bowe told Tribune Business that although “there is nothing on the drawing board right now”, the Commission

would recommend changes to the Price Control Act to force merchants to comply.

“We are talking about items which the Government reduced duties on or slashed drastically,”he said. “The intention was for the merchant to pass those savings on to consumers.

“We were hoping, and pleaded with them when I took over the second time, to pass those savings on to consumers. Apparently, only in a very few cases was this being done.

“I have said that my recommendation would be that we amend the legislation so that they be compelled to pass on the savings to the consumers.”

While such a measure would seek to ensure businesses pass reduced/eliminated taxation on to Bahamian consumers in the form of lower prices, many in the private sector will likely view the proposal as a further example of Government over-reach.

They are likely to perceive it as tantamount to unwarranted interference and intrusion into the affairs of private companies, and their freedom to determine their prices, margins, revenue and profitability.

Mr Bowe told Tribune Business: “We would be happy if the merchants could do that without any legislation. I have been waiting for this for almost two years now, but there has been nothing in that direction with the exception of one or two cases here and there.

Nothing is on the drawing board now to say that the Price Control Act is going to be amended.”

Private sector reaction, and opposition, to what Mr Bowe is proposing has been swift.

Branville McCartney, the Democratic National Alliance (DNA) leader, warned that the Government will be in “very dodgy territory” should it implement the changes Mr Bowe is threatening.

He added that it would deter entrepreneurs from going into, and staying in, business if the Government sought to dictate business prices, margins, revenues and profits.

Rupert Roberts, Super Value’s owner, said his supermarket chain always passed on 100 per cent of import duty reductions in consumer prices, and joined Edison Sumner, the Bahamas Chamber of Commerce and Employers Confederation’s (BCCEC) president, in arguing that the Government should let competition and market forces, rather than legislation, to achieve what Mr Bowe is seeking.

Rick Lowe, an executive with the Nassau Institute think-tank, warned that the Price Control Commission’s plans threatened “to cross a fundamental line” with the private sector.

He warned that without the necessary freedom to plan, cost and price their products and services, Bahamian businesses - and the wider economy - simply would not grow and create jobs.

Another old man holding on to Old Traditions.

He thinks rupert ruberts tacks on the price of each item himself.

the larger merchants price their things with a device called a computer program. you enter the margins for each item, the landed cost for each item and the computer matches it up.

but, since i do not think this guy has ever touched a computer, he will not read these comments.

i hope i live one day to be as old as this guy and that i will have a sinecure too.

A move guaranteed to send the Bahamas the way of Venezuela. Each and every civil servant needs to back up and consider the damage they do when they propagate bad ideas and flawed policies. everything you do causes cost increases, take for example your "raids" in which you find corned beef over prices according to your edicts. While the merchandise is confiscated and fines are paid the write off/expense goes to the bottom line of the cost of doing business, and will be made up elsewhere on other products/services. Just as theft, high cost utilities, business license fees, insurances and all other cost do. You are counter productive and obsolete, and maybe you know it, so therefore make moves to further justify your existence and expand your power. Which is incidentally exactly what BREXIT was all about, ditching overburdensome bureaucrats creating more laws and rules than anyone could possibly afford.

Maybe he trained in Venezuela......a disciple of Chavez and Madoro.

when merchants do not adjust their prices, they go out of business.

remember the avon ladies? there is not one of them left because people order online and beat the price.

there was a time when i used to bring toiletries back from the US. Nowadays, it costs a lot for excessive weight in the luggage. last time i travelled i looked up the online price at the pharmacies and amazon for the stuff i buy. a local pharmacy could match or even beat certain items as they are duty free. I knew i did not have to buy those toiletries away and restricted myself to items that i cannot purchase locally.

but old habits die hard. for both consumer and merchants.

Supply and Demand and equilibrium price. Regardless if the widget is square or pink in colour, high or low volume any merchant looks to maximize profits. On the other side customers look for best value at low prices. Between the two is an equilibrium. One looks at the costs to sell that widget in relationship to competition etc. some widgets are sold at cost or loss leader like selling potatoes cheap to bring in customers, a merchant may intentionally cur margin to move a volume that is going to spoil and during the week the same product may change price a number of times. Making profits in some areas go to balance losses in other areas to have revenue,cash flow to bring in new stock and pay bills. Whomsoever in govt decides that reducing prices and expecting businesses to follow suit has never been behind a store selling. Govt is different from private business where if you cannot make profits then you must cut inventory and lay off staff which can happen overnight instead of five years.

All vendors in this country mark up equally from landed cost regardless of the duty rate.. Governments need to stay out of the business sector.