Carifta Games: Another Gold For The Bahamas 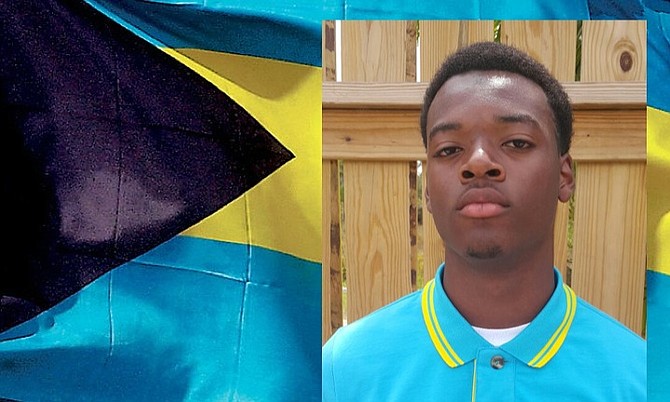 ST. George's, Grenada: Going into the final session of the 45th Carifta Games tonight, the BTC Bahamas Carifta team's medal haul increased to 20, thanks to the third gold produced by Denvaughn Whymns in the boys under-18 long jump.

Competing in a field of 21 competitors that had to be divided into two flights, Whymns was placed in the final group and he used the long wait to his advantage during the limited events in the morning session. The 15-year-old St Augustine's College standout soared 7.16 metres, just shy of his personal best of 7.18m, to claim the Bahamas' third gold.

On Sunday, the Bahamas got its first two gold medals from Jyles Etienne in the under-18 boys high jump with 2.07m (6-feet, 9 1/2-inches and Kendrick Thompson in the boys open octathlon with 5849 points.

The Bahamas now has three gold, seven silver and 10 bronze for their total of 20. They sit in third place in the gold rush behind Jamaica with 26 to go along with their 19 silver and 11 bronze to lead the 26-country field with 56, while Trinidad & Tobago occupy second place with four gold in their total of 15 medals, including five silver and six bronze,

Although the Bahamas has accumulated the second most medals behind Jamaica, the final outcome of the games is determined by the number of gold.

When the final session gets underway, the Bahamas will have two competitors in the girls under-18 100m hurdlers after both Charisma Taylor and Sasha Wells advanced out of the preliminaries during the morning session.

That will be followed by the girls under-18 800m where Quanisha Marshall has qualified as the only Bahamian in the half-lap race.

Team Bahamas will have a strong presence in the 200m as Megan Moss and Devine Parker will run out of seven and eight respectively in the girls under-18 race. Jonathan Smith (lane one) and Kaze Poitier (lane six) sre in the boys under-18 race. Brianne Bethel and Janae Ambrose will be side by side in lanes four and five in the under-20 girls and Samson Colebrooke (lane six) and Keanu Pennerman (lane eight) will go in the boys under-20 race.

And Benjamin Najman will be the lone flag bearer in the boys under-20 5,000.

The curtain will come down on the meet with Team Bahamas competing in all four 4 x 400m relays. On Tuesday, the team will be taken on an island-wide tour before leaving Grenada to prepare for the 46th games in Curacao next year.