INSIGHT: Would the Cheng family really be good for the Bahamas? 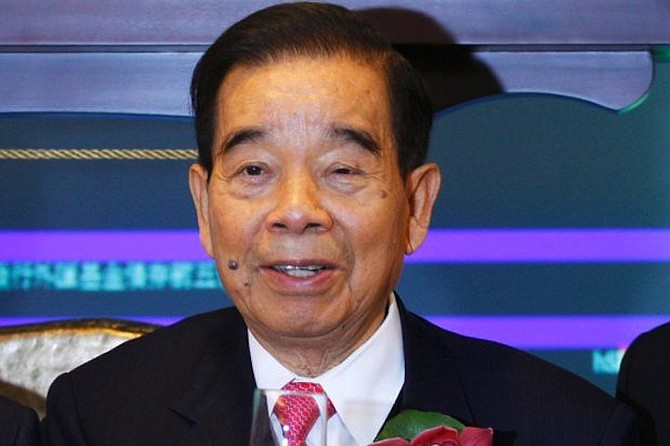 Malcolm J Strachan reveals a dark side to Baha Mar’s prospective buyers and a dangerous gamble on the resort’s future . . .

After weeks of public questioning of opaque and confusing statements about Baha Mar by Prime Minister Christie and his government, a strange press release was issued by the Chinese company Chow Tai Fook Enterprises, of which the Cheng family of Hong Kong is the major shareholder. Late on a Thursday, nearly a year-to-the-day after the China Export-Import Bank (CEXIM) installed receivers to oversee the Cable Beach mega resort and an eventual sale, Chow Tai Fook felt it was important to inform all of us that it is negotiating with the rather mysterious Perfect Luck Assets Ltd, the CEXIM entity, to possibly buy the Baha Mar property.

But who is the Cheng family? When the family patriarch Cheng Yu Tung died in September, his obituaries touted his status as the third wealthiest tycoon in Hong Kong. Yet what went unmentioned in these obituaries is the hard-knuckled business that made Mr Cheng’s fortune, and the thugs that maintained order in his casinos, nor the politicians that protected his empire.

One does not have to go further than public records to find at least 15 documented criminal connections to Mr Cheng’s businesses. Interestingly, Mr Cheng’s partnership with Stanley Ho in the gaming company Sociedade de Turismo e Diversoes de Macau (STDM) would almost certainly disqualify him from casino licensure in the United States. His situation would not be dissimilar to when, in 2010, a US gambling regulator found Mr Ho’s daughter, Pansy, to be an unsuitable partner for a joint venture with MGM Resorts based on her father’s relationship to organised crime. Regulators around the world, including Australia, Canada and the Philippines, have rejected Mr Ho as “unsuitable” to a hold a gambling licence.

Ho and Cheng, according to public commentary, have given free rein to China’s criminal groups, known as Triads, to run their casinos in Macau. In case you haven’t heard of the Triads, their group, numbering in the tens of thousands, have been linked to transnational crimes including drug smuggling, human trafficking and money laundering. In 2013, a major regulator from the US, testifying on Macau, said that it “is common knowledge, the operation of VIP Rooms in Macau casinos had long been dominated by Asian organised crime, commonly referred to as ‘Triads’.”

The criminals, often convicted of violence or human trafficking, that did business with Ho’s and Cheng’s casino company can all be found in the public record:

• Wan Kuok Koi (aka, Broken Tooth Koi) - Head of the 14K Triad gang in Macau, Wan was arrested in 1998 in Macau in the wake of a Triad war that led to more than 42 killings over a period of three years. Wan was convicted of Triad-related violent crimes and sentenced to 15 years in prison. Court records show that Wan operated VIP gambling clubs in STDM casinos during the 1990s. Following his release from jail, Chinese-language news outlets reported (with pictures) that Wan had re-established a VIP gambling operation at the Hotel L’Arc, developed and owned for many years by Mr Cheng.

• Ng Man Sun – US Securities and Exchange Commission filings from 1996 disclosed that Ng-controlled enterprises had a casino profit-sharing arrangement with STDM. Currently, Ng claims interest in the Greek Mythology casino under SJM’s casino licence. Ng has been identified in Congressional documents and several English-language news outlets as a Triad leader.

• Lai Tong Sang - Identified by Canadian law enforcement as a leader of the Macau Wo On Lok Triad in Macau, Lai was deported from Canada in 2013. Mr Lai was also implicated by Canadian authorities as being involved in the 1990s-era Macau street wars over control over VIP rooms at STDM. More recently, Lai’s children operate a VIP gambling company registered out of an SJM property.

• Charles Heung - Several members of the Heung family, including Charles Heung Wah Keung and Heung Wah Yim, were identified in a 1992 US Senate Subcommittee report as leaders of the Sun Yee On Triad in Hong Kong. Currently, a Charles Heung-controlled firm owns the Hotel Lan Kwai Fong casino, which has a gambling profit-sharing agreement with SJM.

• Albert Yeung Sau Shing - A twice-convicted felon in Hong Kong, once for attempting to “pervert the course of public justice” and once for “illegal bookmaking”, Albert Yeung in 2009 was also identified by New Jersey gambling regulators as an alleged senior office bearer of the Sun Yee On Triad. Yeung today has a controlling interest in the Emperor Hotel, which has a gambling profit-sharing agreement with SJM.

• Sonny Yeung Hoi Sing - The brother of Albert Yeung, Sonny Yeung was also named in a 2009 report by a New Jersey gambling regulator as a “reputed member of a Triad.” Sonny Yeung is named in 2015 Annual Report of SJM Holdings as a director of a company subsidiary. He has a hotel-casino joint venture with SJM.

• Ng Lap Seng - In a 1996 US Senate report, Ng was identified as having collaborated in a scheme to contribute hundreds of thousands of dollars in foreign funds to the Democratic National Committee. A year later the New York Times wrote that Ng was “tied to organised crime” in Macau. In 2015, Ng was arrested in the US for allegedly bribing a United Ntions official. Ng also has had a longstanding ownership interest in the Fortuna hotel-casino in Macau, which operates under SJM’s gambling licence.

• Cheung Chi Tai - Identified as a leader of the Wo Hop To Triad in a 1992 US Senate Subcommittee report, Cheung was arrested in 2015 on money laundering charges. Hong Kong court filings, backed up by Macau corporate records, show that Cheung was an owner of the “Neptune” VIP-junket operation that started at SJM’s casino in 2004.

• Chan Meng Kam - A 2010 Secretary of State cable, made public by Wikileaks, disclosed that Chan is “thought to have major Triad connections”. Macau corporate record filings also show partnerships between Chan and convicted Triads. Chan is chairman of the Macau Golden Dragon Hotel, which includes a casino operating under SJM’s concession.

Beyond his casino company STDM/SJM, it has been reported that Cheng has on multiple occasions partnered in other realms of his business dealings with associates who have criminal backgrounds or have widely reputed ties to organised crime:

• A Cheng-family firm in 2015 entered into a joint venture with the Macau VIP/junket operator SunCity to develop a casino in Vietnam. SunCity is headed by Alvin Chau Cheok Wa, who has been linked in corporate documents and in mainstream reporting to reputed Triad figures.

• Cheng has made substantial investments through the years with companies controlled by Albert Yeung Sau Shing. Yeung has a criminal record in Hong Kong and was named in a 2009 New Jersey Division of Gaming Enforcement report as the alleged leader of a Hong Kong Triad.

• Cheng was partners until recently with Joseph Lau in Lifestyle International Holdings, which operates the SOGO department store in Hong Kong. Lau was convicted in Macau of bribery and money laundering.

• Cheng, in 2005, became a substantial shareholder in Get Nice Holdings, a Hong Kong company financing the VIP rooms of Macau. The brother of the company’s chairman was convicted of drug trafficking and was connected in press reports to the Triads.

• US officials in 2006 explicitly named Cheng’s Seng Heng Bank as a possible conduit for money laundering in support of North Korea’s nuclear programme.

And Cheng was also an investor in a failed hotel venture with Donald Trump.

So, the Chow Tai Fook press release is good reading about a lot of fluffy things, but what about all of Cheng’s questionable associations and activities it failed to disclose?

What we do not know is whether, in fact, there will ever be a deal for Baha Mar by Chow Tai Fook. But, would the Cheng family really be good for The Bahamas?