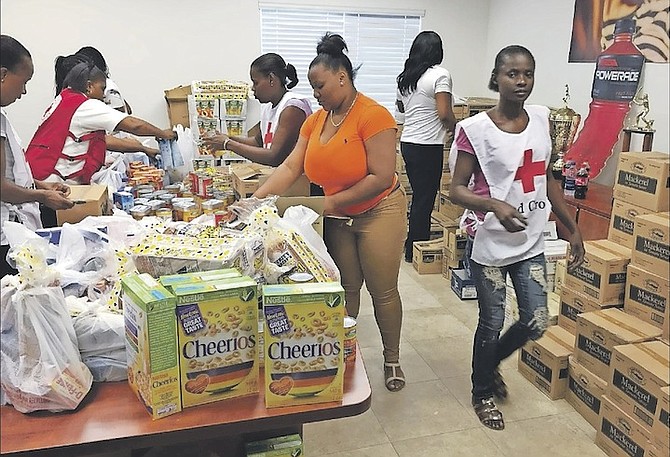 CARIBBEAN Bottling Company, the official producer of Coca-Cola brands in The Bahamas, ensured that residents in the areas most damaged by Hurricane Matthew received assistance in the aftermath.

“Supporting and assisting our local community is engrained across the Coca-Cola system, so when a natural disaster like this happens in our communities, it is not a matter of if we will support, it is a matter of how much we can support,” said Karla Wells-Lisgaris, CBC brand manager. “We wouldn’t be here without our customers so we are happy to assist them in their time of need.”

In the wake of Hurricane Matthew, Mrs Wells-Lisgaris and her team quickly mobilised to offer assistance to the communities and islands hit hardest during the storm. She contacted many local businesses, and received hundreds of cases of donations from Purity Bakery (over 700 loaves of bread), Variety Disposal (cases of mackerel and sardines), Island Wholesalers (a pallet of sardines), and Lightbourn Trading (cases of cereal and milk).

“We were truly impressed and humbled by the selfless giving of corporate Bahamas,” said Alginal Coleby, Grand Bahama operations manager. “These donations will hopefully go a long way in assisting the people of Grand Bahama as we all work together to try and recover from this terrible storm.”

Following a trend set in 2015 after Hurricane Joaquin, CBC is offering all Dasani cases (12oz, 20oz, 1L, and 1.5L) at a discounted rate of $7 for all relief efforts. This price is only available at the following locations: New Providence, (Coca-Cola offices on Sir Milo Butler Highway, and Beverage Depot on Thompson Blvd beverage) and in Freeport, Grand Bahama.